Home
Movies
What We Know about Hocus Pocus 2 So Far 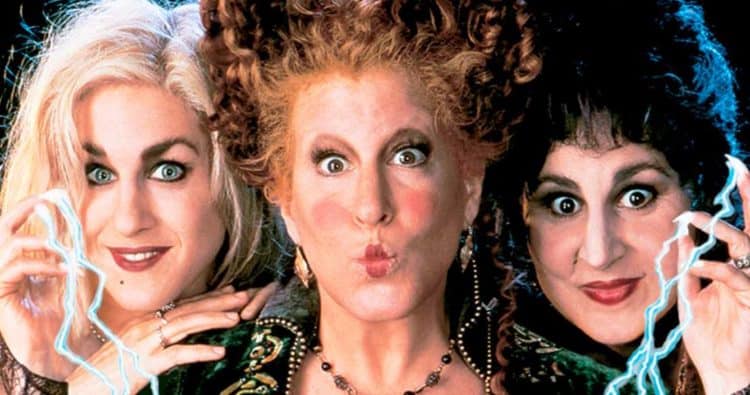 When one of the stars of a movie goes so far as to state that a reboot or even a sequel of the original might be a bad idea it’s usually wise to listen since the first one might have been all that was needed. In the case of Halloween favorite Hocus Pocus it would seem that people have short memories of how Bette Midler actually stated that this wouldn’t be a favorable idea. Obviously the fans think otherwise since they happen to want this to happen and apparently it is happening at Disney+, though as of yet it’s not for certain when it will happen since no one has been officially signed onto the project to round out the cast. Jeremy Dick of MovieWeb has spoken at length on this matter and seems to be a little more accepting of the idea considering the Hocus Pocus has been and still is a favorite of a lot of people. In fact a sequel has been written but up until now the idea has only ever been kicked around without gaining any real traction. As of now though it’s coming, and while some people are hopping up and down for joy others might be shaking their heads and wondering why, oh why, can’t Disney move on from past ideas that don’t need any further help.

Let’s be honest here, Hocus Pocus had a lot of questions that might have needed to be answered, but the idea for the sequel seems to be kind of hard to get past and the question that arise so far are ones that seem ready and willing to take the idea down, but still need to be posed. So it would sound as though Max and Allison ended up together and had a daughter, and it almost sounds as though they remained in Salem, which seems like it might be a bad idea simply because getting away when they had the chance would have been a better idea. Plus, the house that the Sanderson sisters called home wasn’t razed to the ground obviously since it was a historical site and as such couldn’t be touched unless there was good reason. Of course that hasn’t stopped certain historical landmarks from being removed in recent years in the real world has it? But that’s an argument for another time. It would appear that the idea is that Max and Allison’s daughter, Poppy, will inherit their love of the unknown and will go seeking the Sanderson sisters’ house to prove that the legend wasn’t real. You know, like father, like daughter and that kind of thing. That does leave the question of whether the black flame candle was good for just one use or if it could be used over and over again to summon the witches back from the dead. After all, they were hanged the first time and possibly buried or burned, that part was never said in the movie. Of course they were immolated in the movie before they were turned to stone and then vaporized by the rising sun, so I guess anything’s possible at this point.

But then there’s the idea of how the Sanderson sisters would acclimate to this time period and what they would carry over from the 90s. Obviously they would know about Halloween at this point and would know better than to be fooled by the kids running around. So how would they react? Given their need to obtain children it would be like a veritable smorgasbord if they came back during Halloween again, and unless Poppy was willing to own up to what she did it’s likely that they would run amok, amok amok amok, before anyone could stop them. Would Disney be willing to go a little dark in the sequel when it comes to draining kids of their life essence, or could they possibly find a way around it and have a bunch of gray-haired kids running around wondering why their hips were hurting and their arthritis was flaring up? That might actually be kind of amusing, but you can almost imagine that someone would get their feelings hurt and do their best to act offended by the ageism that might be represented. Hopefully Disney would persist if that turned out to be the idea. Of course it’s more likely that the Sanderson sisters would once again be outsmarted by a child and, if they even got to see Allison and Max, they might make time for a little payback.

However it goes down the movie is one that has a lot of expectation placed on it at the moment since the first one was and still is entirely enjoyable. Hocus Pocus 2 might need to step things up just a bit in order to really get the kind of attention it needs to be a success.