Home
Anime
What We Know about Baki Season 4 So Far 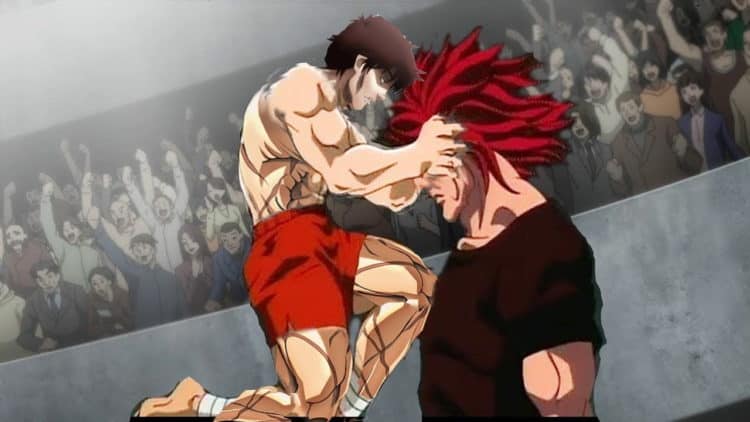 By this point, it should be clear that Baki has proven to be very popular. After all, a manga without readers can’t last for years and years. Never mind receive four follow-ups over the course of three decades. Naturally, this means that the Baki franchise has received other kinds of products as well. In particular, it is worth mentioning the animated adaptation that has been a thing since the mid 1990s. To be exact, the first 45-minute OVA came out in 1994, which was a very different time when compared with the present. For proof, look no further than the fact that people still made OVAs for VHS in those times. In any case, it took until the early 2000s for the first OVA to be followed up by something full-length. When that happened, a 24-episode season was broadcast from January to June of 2001, which soon received a continuation in the form of another 24-episode season that was broadcast from July to December of 2001. Much later, the Baki franchise received an original net animation on Netflix, which has received two seasons so far. First, there was a release that happened from June to September of 2018. Second, there was another release that happened in June of 2020. On the whole, this can be considered an excellent example of Netflix securing its position in the market by expanding its offerings through its own efforts.

Story-wise, the Baki franchise is pretty straightforward. The titular character is a young man named Hanma Baki who has been training from childhood for the purpose of becoming a powerful fighter like his father Hanma Yujiro. By the time of the start of the series, he has outgrown his training regime, with the result that he heads out onto the road for the purpose of continuing onwards. Eventually, Baki meets his father, which proves to be so disillusioning that his new desire is to defeat the latter before killing him. Much of the Baki franchise’s appeal lies in the wide range of opponents that the titular character faces in the course of his quest.

Will We See a Season 4 of Baki?

Regardless, interested individuals might be curious if the Baki franchise will receive a Season 4 on Netflix. The platform doesn’t exactly release that kind of viewership information, which makes sense because that provides far too much insight into its operations for any business with meaningful competitors to be comfortable with. As a result, interested individuals can’t get a good idea of how well the recent seasons of the Baki anime have performed. However, considering everything else about the Baki franchise, it seems reasonable to guess that commercial success hasn’t been a huge issue for it.

Meanwhile, the other traditional impediment to animated adaptations receiving a continuation would be having sufficient source material to support it. However, the Baki franchise doesn’t have this problem. As mentioned earlier, there is a huge amount of source material spread out over five manga, which include one that is still ongoing in the present time. Even more importantly, the manga are far from being exhausted, meaning that they can support a continuation with no issues whatsoever. For context, Grappler Baki and Baki have been covered, meaning that a continuation would move on to Hanma Baki. As such, if the relevant parties wanted to, they could do another season with plenty of room to spare. Combined, it is no wonder that is indeed what has happened. In short, it has been known for some time that the original net animation was going to receive another season set to come out in Fall of 2021. Furthermore, it has long been confirmed that this continuation will be based on Hanma Baki, which should provide interested individuals with a good idea of exactly what to expect.

What Do We Know about Season 4 of Baki?

For the most part, interested individuals can expect Season 4 to offer them much the same kind of experience as its two immediate predecessors. After all, the same cast and crew are working on this. Furthermore, the last release wasn’t that long ago, meaning that there hasn’t been enough time for much to have changed. Naturally, interested individuals can also expect a wide range of new characters to show up. For example, Hanma Baki is notable in that one of the new characters will be based on Che Guevara, though much more of a superhuman fighter than his real world counterpart. Similarly, interested individuals can also expect a reputed caveman to show up, though his background is even more impossible than most of the other characters because he supposedly comes from a time when mammals were still very much new on the scene. Something that doesn’t make much sense when our understanding of prehistory says that would have been about 200 million years before humans showed up. Regardless, it will be interesting to see whether the upcoming Season 4 of Baki will be popular enough for Netflix to order up another season. Certainly, if the platform wanted to, there is enough source material to support it, meaning that isn’t as far-fetched as it sounds. Beyond that, speculation becomes even more difficult, though it is worth mentioning that the Baki manga tend to proceed at a rapid pace.