Home
Television
What We Know about AMC’s NOS4A2 So Far 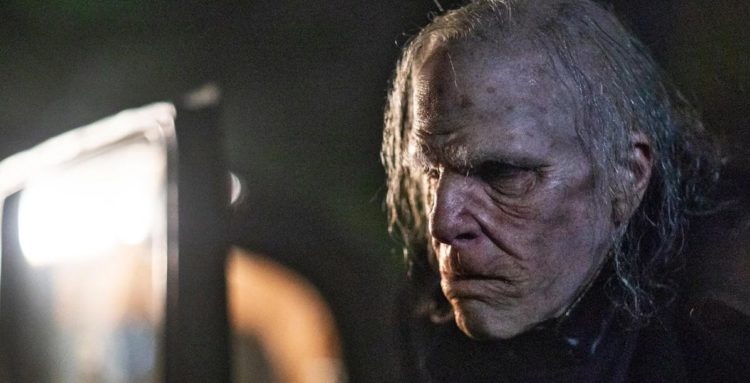 AMC is doing whatever it can to stay relevant it seems since the rumors of The Walking Dead and even Fear the Walking Dead seem to be losing viewers no matter how much the story continues to roll on. They have plenty of other shows and movies to showcase, but it does seem as though Nos4A2 could possibly breathe some new life into the channel for a while until they can find a way to stabilize or at least keep rolling with the punches. If anyone takes the time to remember, AMC was at one time a channel that a lot of people kind of ignored until they managed to emerge as a powerhouse with some of the best shows and movies around. But now as Nos4A2 is slated to come out eventually it seems as though they might get another shot in the arm that they need in order to really push their ratings up again.

Here are a few things about show that people are wanting to know.

Sylar didn’t just suck the life force out of people in Heroes, but he did take something vital from them before killing them and moving on. So in truth, Manx is like Sylar in a way, but not the same. The similarities kind of begin and end with the taking of a life in a most gruesome and unusual way.

It is pretty nice when a book is made into a movie or a show and doesn’t have to change its name. This is kind of a boon to the author as well as the fans that have likely read the book and want to know that they’re actually watching what they think they are. That way there’s less confusion and a lot less wondering just why the writers couldn’t leave things the way they were.

8. The main character is an immortal that drains the life force from his victims.

Manx is perhaps one of the more detestable characters to ever be created, but it seems fair to say that there’s going to be a back story that explains this, no matter how it might not sway anyone to think that he’s just misunderstood. The ‘gray’ area of a character can be interesting but it’s also just as popular to make a character a dark-hearted individual from the get.

7. The protagonist is a woman that can somehow track the killer.

In fact she’s a high school girl that has the ability to find things in a very supernatural manner and discovers that there are others like her that can do this same thing, and various other things as well.

6. It reaffirms the idea that children are not out of bounds when it comes to horror.

This has been a known fact for many decades now since women and children are never immune to the horrific things that happen in the real world and are as a result never really spared from them in the movies or TV shows either. But there’s still something inherently repugnant about those villains that will actively seek out children to take advantage of them in some way.

She finds this out when she uses her power but she also finds out that while some are benevolent and very much like her there are those that aren’t quite as nice and are just waiting to find their next victim. This is how she finds Manx, and how he becomes aware of her in the first place.

4. The antagonist dumps his victims in his own make believe world.

He dumps them in a place called Christmasland apparently where it’s always Christmas and being unhappy is not allowed. This does give the character a bit of whimsy that is hard to equate with a stone-cold killer, but it also makes him far more creepy than any typical killer.

3. The story was created by Stephen King’s son.

Joe Hill is a pen name of Joe Hillstrom King, the son of Stephen King and a man that seems to be walking in his father’s footsteps as he takes up the same line of work that his old man revolutionized throughout the years. You can imagine that this is going to be a rather crazy but chilling story.

2. Both the protagonist and the antagonist become aware of each other after she begins using her power.

It becomes a case of a young high school girl taking on an immortal killer in a game of cat and mouse that you can imagine is going to be quite dangerous.

1. It’s slated to come out this coming summer.

We don’t have long to wait for it to come out, as it was being talked about as of 2018 and is just about ready to be released.

It should be an interesting show.