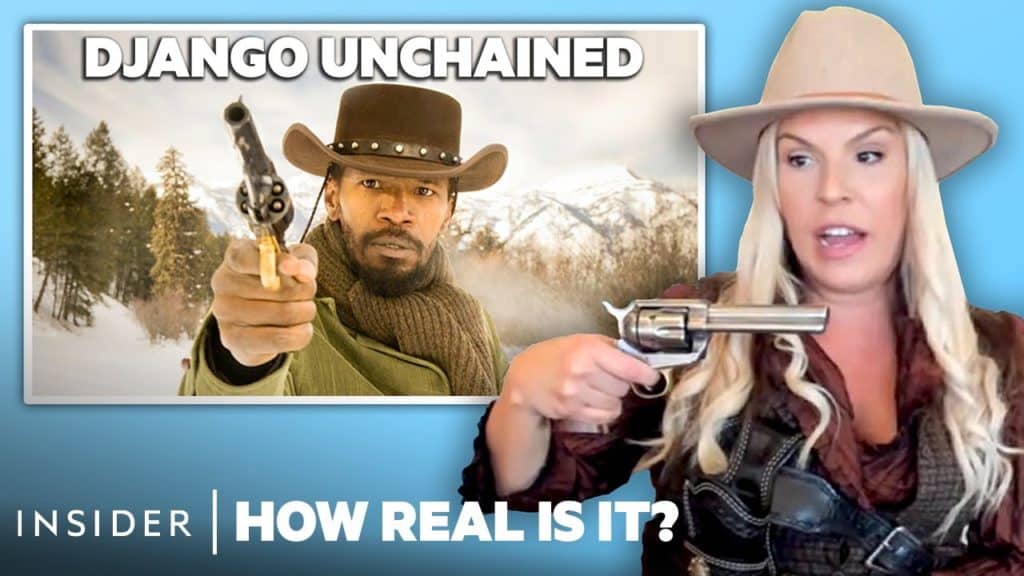 A lot of people love a good shoot ’em up movie, especially if they’re old westerns when cowboys were still insanely popular and gunfights were still the long, drawn-out staredowns that they used to be. But how accurate were they? Amazingly, the expert in this video makes it clear that some of the movies were able to get things pretty close to accurate, at least in terms of drawing the gun, firing, and maintaining control in that single movement. It feels fair to state that a lot of folks that haven’t fired a sidearm that often wouldn’t know that much about how to stand, how to hold the weapon, and how to aim in a manner that would ensure their survival or their success when shooting. Having gone to the range a few times there were a few things about shooting that I didn’t know, but it’s not too hard to realize that in the movies that certain elements of shooting just aren’t as realistic, but are kept as they are largely for effect and because they look good on screen. It’s normal and it does happen that a director might bring in an expert, but still decides that they want to do something in a certain way simply because it looks good. Just about everything suffers from this type of practice since from knife-fighting to a long-range sniper rifle, movies tend to misrepresent quite a few things, making a lot of people either question or believe what they’re seeing on the screen. When it comes to shooting a gun, any firearm to be realistic, it’s best to learn from the experts that have been doing it for a while, especially since they can tell the difference between what’s real and what’s not.

It’s pretty interesting to find out who’s doing it right and who’s creating a scene that’s not realistic but looks cools. To be honest it’s a little disappointing but not too surprising that the expert kind of bursts our bubble when talking about Tombstone and the showdown between Doc Holliday and Johnny Ringo. Going a little deeper on this one, people should realize at least that the story of Wyatt Earp and those that hung around him was glorified in a big way in the movie since like it or not, Wyatt was a bit of a bully before he became a famed lawman, and he was still kind of a bully throughout much of his life according to the many records that have been written down. Tombstone was the site of one of his greatest tales, a collection of them in fact, but the accuracy wasn’t quite what one would hope for. The gunfight that the expert speaks about though didn’t take place as it did in the movie according to history, and from what historical records state, Ringo wasn’t a stupid man, but there’s no indication that he knew Latin, though he was supposedly quite deadly with a pistol. History also tells us that Doc Holliday was better with a handgun than some would believe, mostly because due to his sickly nature the kick of a shotgun was simply too much for him to withstand. He and Johnny Ringo did have words, but instead of ‘playing for blood’, history tells us that Doc declined.

Getting back to the subject at hand, the fact is that drawing a gun is a little more difficult than the movies would make a person believe since many things can go wrong. Sticking the weapon in the band of one’s jeans for instance isn’t as safe as it might appear, nor as casual since the damage that can be done is easy to guess at, while the draw is bound to be interrupted unless the person performing the action is skilled enough at drawing the weapon forth. Of course, if the person is this skilled then it’s not likely that they’re going to stick a weapon into the waistband of their pants unless there’s no other choice. Something kind of indicates that a skilled individual might simply keep the weapon in hand if there’s no other place to put it. But when it comes to drawing the weapon and firing it would appear that firing from the hip is a little more effective than taking the extra milliseconds to raise, find the target, and aim. If one looks at the old movies with Clint Eastwood and various other actors, they might note that the draw is smooth, the aim is zeroed in, and the connection between hand and eye is absolute. Some might think that this is impossible, that the gun HAS to be lifted to hit the intended target. But when watching the expert and actually listening to what she’s saying one should be able to get the idea that what the eye sees, the hand will aim towards. And if the shooter is skilled enough at what they’re doing, they’ll likely hit the mark quite often.