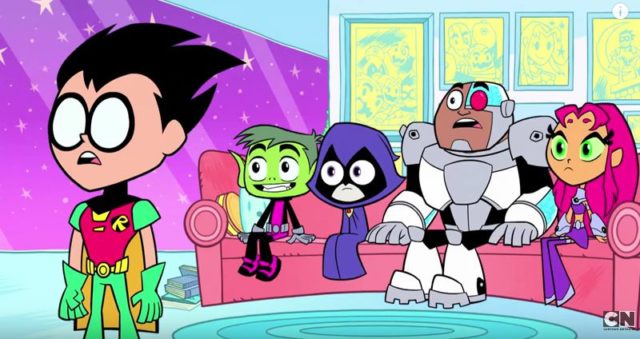 I think one of the best things about any new show that’s either a reboot or paying homage to an older show is when they make it super obvious.  That could be in the form of an old cast member appearing in the new show.  It could be the playing of a song or even showing of an old clip.  But when I came across this Teen Titans Go video watching the old Teen Titans, it was the best homage I’ve ever seen.

Teen Titans Go did a scene where they react to the original Teen Titans show and admit that it was way better. Robin said it best. “You ended that show? You Monster!” There was even an entire episode where they’ve forgotten how to fight crime like in the old show.  By the time they start to figure it out dozens of other heroes come to the rescue and they accept they’re not needed any more.

For a cartoon, this is one dark show and it’s easily catered more to adults than kids.  But I’ve never seen a show poke fun at itself as well as in this clip.  Check it out below: