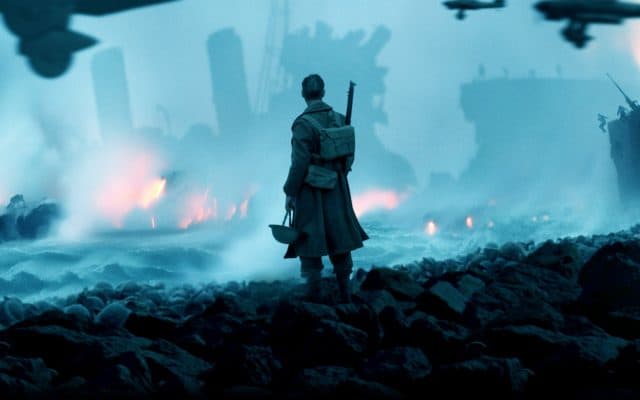 Christopher Nolan decided to narrate one of the greater and much scarier scenes in Dunkirk than many people would like to think about. The film was put under the microscope as all war films are and came up wanting in some aspects considering that it was based on a true story, but the overall feel of it was that the film was in many ways masterfully done and remained dedicated to telling the actual story while embellishing a bit due to the need to wow the audience. Dunkirk was a very terrible time for those soldiers that were stranded with little if any real way to get off the beach in a safe and secure manner. A lot of them did make it home, but a lot of them didn’t as well. In this one scene though the horror of the war was detailed in a way that many people don’t seem to think about.

It’s very easy after surviving such an ordeal to believe yourself safe within the belly of a ship that has come to rescue you. There’s food, there’s shelter, and there’s the feeling that like the others that are with you that survival is now a foregone conclusion. Unfortunately during the war there was no such thing as survival being a guaranteed thing. Death was lurking at every step and waiting to take those that didn’t adhere to the many warnings that couldn’t possibly be seen from every angle. A torpedo sealed the fate of many unfortunate people in the hold of this destroyer as it impacted with the ship and caused it to start sinking immediately.

Unlike many movies that show a ship sinking gradually and affording people enough time to escape and do whatever else needs doing, this ship was on a fast track to fill and make its way to the bottom of the sea. The people stuck in the hold, who had believed themselves safe, were now on line to be the first to die. Thankfully not all of them were to suffer this fate as one of the soldiers that had refused to go into the hold for fear that it would be a death trap was able to finally get the hatch open and allow those that could reach the opening to make their way out. A good number of people still died in the darkness as the ship continued to sink towards the ocean floor, but the awareness of one of them managed to save at least a few.

You can say what you want about the film and what Christopher Nolan did in his own view, but scenes such as this are inherently terrifying since they prey upon some of the worst fears that mankind has ever known. Dying is one fear that many people share no matter how it is dressed up. Dying in the dark is perhaps even worse. Nolan has captured a very haunting image in this scene from the perspective of the soldiers and has managed to do something that only a handful of people throughout history has done.

He made the tragedy of safety look all too real.