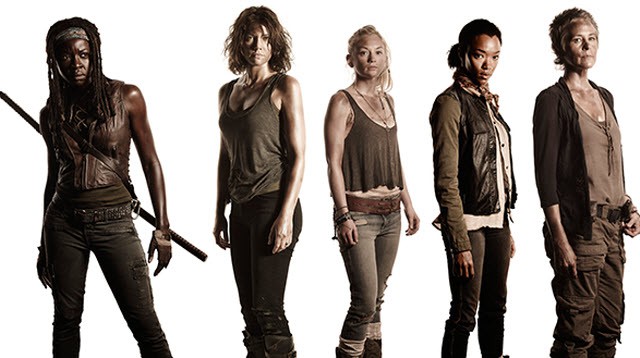 Ask anyone, The Walking Dead is a much better show than it used to be. Season five has started out incredibly strong, building on a solid season four under the helm of new showrunner Scott Gimple, previously responsible for writing some of the best episodes of the series. There are many reasons why the show is better now, a solidified group we know and like, a bigger budget, a setting not always stuck in one place, and so on. But there’s one thing the show has lost that to me is a larger factor than anything it’s gained as time’s gone on: the need to have an irritating, irrational, bad decision-making woman in the group at all times. The show has gone through a number of iterations of this, beginning with Carol in season one. She was grating, she was constantly rubbing everyone the wrong way and defending her abusive husband at every turn (before his death). Then she became all-consumed with finding her lost daughter, demanding increasingly inane requests of the group to try and find her.

“Oh thank god I found you Carl, after letting you run off for the ten thousandth time.” But as Carol became more well rounded, the show then turned to Lori, who made a huge amount of bad decisions and whose importance was mainly that she was the third pillar of a weird, not-needed love triangle between Shane and Rick. Lori eventually gave birth, and season three was all about the decline of Andrea from promising heroine to absolute nutcase, falling in love with the Governor and becoming stupidly blind to his crimes and agenda, putting everyone in danger and refusing to end the conflict which would end up costing both sides almost everything. This was a particularly egregious offense for fans considering how excellent of a character Andrea is in the comics, and it was maddening to see her turned into the most hated person on the show. 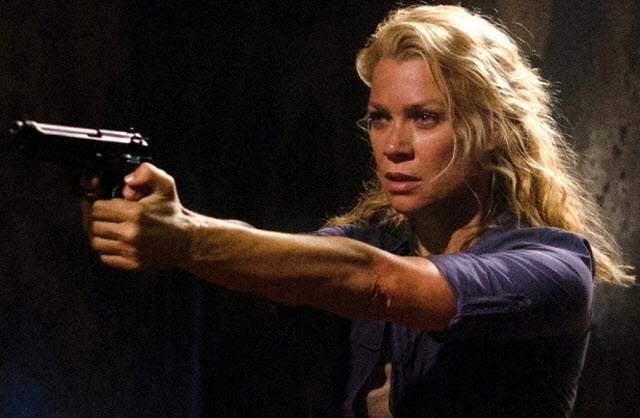 “Wait the Governor is a BAD guy?” Now? Lori and Andrea are dead, and Carol has been transformed completely into now essentially being what Andrea should have been (Carol in the comics is eternally nuts, at one point proposing that she marry both Rick and Lori). The show flirted dangerously with this trope yet again when they introduced Tara, the bumbling lesbian who seemed to be making all the wrong decisions and being on track to becoming the fourth woman created purely to annoy fans. But much like how the show has learned not to kill all its black characters off, it’s also learned to make its women likable and a real part of the team. Tara was brought back from the brink and is now a perfectly likable dork (see her fist bump with Rick last week). As for the rest of the cast? Maggie is no damsel and tries to save Glenn has much has he tries to save her. Michonne has gone from having no lines to being one of the show’s strongest characters. There’s nothing to dislike about Sasha or Rosita. Carol is already the MVP of season five, singlehandedly saving everyone from death in Terminus. Beth may be captured at this point, but it wasn’t a result of poor decisions, and she’s never been annoying as she’s graduated from background character to core team member. 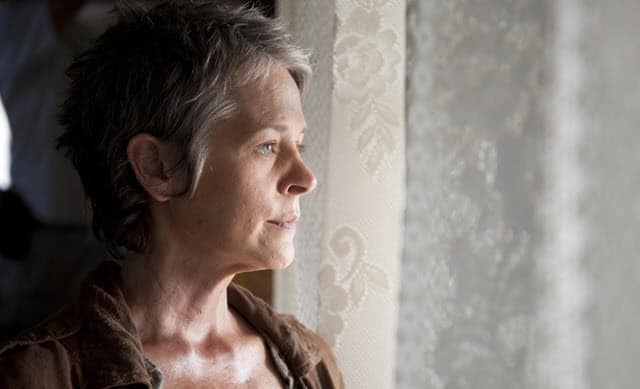 Who would have imagined she’d become one of the show’s best characters?

Don’t get me wrong. It’s not as if you can’t have hated female characters on a show. That would be the wrong kind of “equality” and poor writing to boot. But the fact remains that The Walking Dead suffered for YEARS from a trend of constantly needing one woman for the audience to loathe at all times. If one character suddenly started evolving into a better person or was killed, they would be replaced by another woman doing all the same stupid things. Now, The Walking Dead is full of a lot less obviously stupid decisions, and when such decisions are made, they’re not forced upon only the women in the cast. Tyreese, for example, who physically is about as much of an alpha male as you can get, recently screwed up by letting a Terminus goon live, and now it led to Bob’s capture. In past seasons, that’s something Andrea or Lori would have done, and the show would have framed it as being a result of their “delicate sensibilities” as women, most likely. I’m really glad we seem to be past this. Yes, the writing on the show has gotten better, and so has the action and overall plot, but the fact that the show stopped killing off its minority characters and started treating the women in the cast as equals has gone a long way into making the show much, much better. And season five is looking strong as a result so far, thanks to the very GOOD decisions of many of the female characters (rock on, Carol).