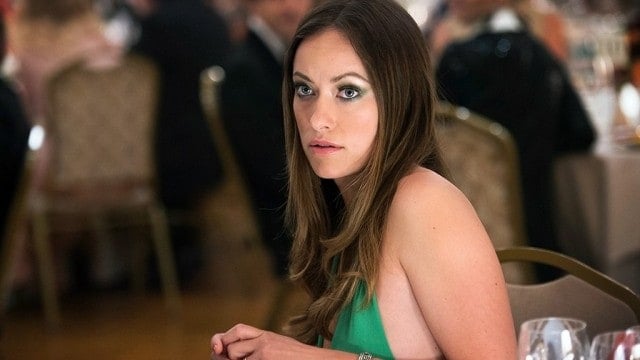 Now halfway through its debut season, Vinyl continues to struggle at finding a way to nail an episode in its entirety. A gut reaction might be that much of the season thus far has felt like it’s more style than substance, but that would bely the fact that the style, too, isn’t quite there. And for a series about music, it’s surprising how dissonant the whole experience of watching Vinyl is. That fatigue might not accompany a casual viewing of the series, but the more attempts made to dive in thematically and pull out ideas of what the show is going for on a more meaningful level, the harder it is to do just that.

And that problem arises from the how dislodged these stories are from one another. Like, everything going on with Richie and Devon is so completely in a different show than the conflicts facing the heads of American Century. That might seem obvious, because–of course–those sets of characters have completely different roles, but the separation is monumental. Some characters don’t interact with one another whatsoever, even though the plot could really call for them to, and the tone and plots of those areas of Vinyl are wildly unrelated to one another. Great ensemble series find ways of making parts add up or have some semblance of a through line so that, even if characters are on different continents, there’s an identifiable reason as to why we’re following them in parallel. There’s something worthwhile exploring about their lives when looked at side-by-side, whether that’s by way of comparison or contrast. Such is not the case with Vinyl, and it makes the viewing experience frustrating, since some of it is still quite good.

Unsurprisingly, the best of “He is Racist Fire” comes out of Jamie and Kip, as the Nasty Bits deal with the issues bands face after signing with a record label. Kip also gives Richie’s character a chance to shine, because even though Cannavale can walk around chewing scenery at pretty much every turn, Kip’s smart-mouthing makes Richie’s retorts come off credible and professional. There’s hardly ever another time in which Richie shows that he deserves to be in the position he’s in, and when he’s telling band members the realities of the job, his knowledge and qualifications come through incredibly strongly.

But of more interest is how carefully the Jamie-Kip relationship has progressed throughout these episodes. Vinyl‘s not trying to force viewers into believing these two are lovestruck or anything, but as Kip is lamenting the loss of his friend-bandmate at the hands of business and wondering who is going to be there to help him take the punches, Jamie sits right in front of him and tells him that she will be there for him. It’s a wonderful scene that is loving while also being subtle, which is probably just a by-product of who these two people are.

That sequence also is an excellent foil for Richie-Devon, who completely disintegrate by the end of the episode. It’s hard to read Richie for part of the Hannibal-Devon seduction dance, but once it’s clear exactly what he’s feeling, it’s actually hard not to like him a little bit more. He’s still a difficult character to get on with, especially since he’s put himself into positions in which he’s bound to fail or alienate the people around him, but in spite of that, there is heart about him. He might react childishly to how Devon responds (it’s not made explicit, but the conclusion to the episode suggests he’s about to cheat on her), but there are glimpses of the guy he could be if the stress of his job weighed less on him and the social life didn’t tempt his moral compass in the wrong direction.

Then there’s the rest of the episode, which is almost uniformly uninteresting. Even with two potentially influential characters in Richie’s father and the new head of publicity that he hires at the end, the material is drowned out by loud dialog and louder music. It might be a case of too much going on in the series as a whole or it might be that the material for most of the other characters just simply needs to be better. It’s not enough for more than half of the cast to express emotions by getting into shouting and cursing matches. So, spinning into its second half, the best things Vinyl could do would be to either find those ways to elevate the B- and C-stories beyond quips or to excise them completely and focus on just a couple narrative strands in each episode. The latter is probably the more sensible of the two, but given how in love Vinyl is with some of its secondary characters, neither seems likely.

Now halfway through its debut season, Vinyl continues to struggle at finding a way to nail an episode in its entirety.