Home
Television
Vikings
“Vikings” Has Been Renewed for Season 6 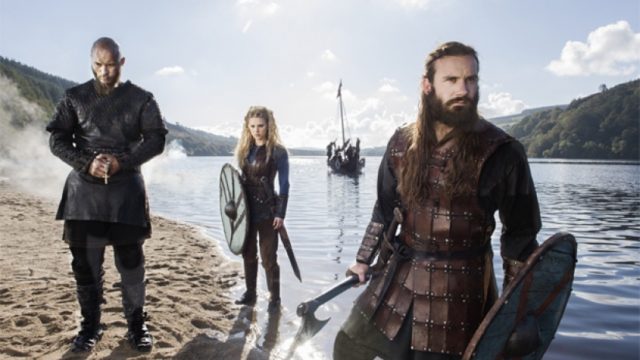 Oh the carnage to come. Even though season 5 hasn’t hit yet, season 6 of Vikings has already been approved.  The show will start in on filming come this fall, but season 5 is set to start very soon. Things are getting more and more unbalanced as we’re being given a look at the generation to come, and it’s even more convoluted than the seasons that came before.

Ragnar is gone, and has been since season 4. If he comes back at all it will be in flashbacks, but his memory lives on in his sons. Sigurd is dead by Ivar’s hands, which will spark a devastating feud between them. The brothers’ bond is something stronger than most, but Ivar is a dangerous person as they well know at this point. Even if he can’t walk or function like a regular man his temper is quick and his aim is deadly.

Ubbe, Hvitserk, and Bjorn will have a great deal of trouble on their hands once Ivar gains enough of a following to make trouble. One of his first targets will no doubt be Lagertha, who as we know is responsible for the death of their mother, Aslaug. It might have been foolish for Lagertha to tip her hand so quickly, but the truth remains that Aslaug could have struck once again if allowed to leave. Plus, the enmity that rested between the women was simply too strong to allow the shield maiden to simply let her go.

For Ivar, who was favored by his mother and finally accepted by his father, the wound of losing his mother is so deep that he went so far as to strike down his brother for merely taunting him. Of course we’ve known for a while that Ivar is not the most stable personality. He hasn’t had a fair shake in life, and being half-crippled hasn’t made things any easier. The civil war to come between the Nordic peoples is going to be epic, and there’s no telling as of yet just who will prevail.

In season 6 though, when the dust clears and the field is set aright again, whoever is left standing will still be left with the issue of what to do when it comes to raiding the foreign lands. The two English kings that plagued Ragnar are now gone, one allowed to die in his own way and the other given the blood eagle treatment. England should be a fairly easy land to raid, right? Not really.

Keep in mind that King Ecbert transferred his title to his son before they were overrun, and gave up as easily as could be to keep the vikings from realizing the truth. He knew very well that he was to be put to death, and accepted it. There was no need to struggle since his legacy was fully secured. No doubt his son will play a rather major factor in the season to come.

But what about Rollo? What about Floki? These two are headed in very different directions but are still a big part of the story. Floki has lost just about everything, his daughter, his wife, and now his best friend. It is already seen from the trailer that he will take a long, unknown journey to seek out the will of the gods, whatever that might bring. And Rollo? Chances are he’ll have to atone to his wife for a while for daring to leave her to go gallivanting about with his former people.

If season 5 is going to be this charged, then season 6 should be absolutely epic. There’s already word that Katheryn Winnick, Lagertha, will be taking the directors seat for at least one episode. And season 6 also promises to bring forth a revelation unlike anything we’ve seen thus far.

From myself and all the fans, bring it on.