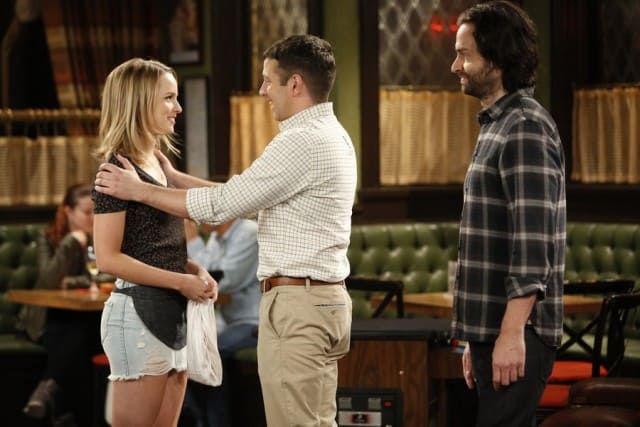 After the success of their live, two-part season finale, NBC did the unthinkable, and turned the entire third season of Undateable into a live affair, making it the first show to air an entirely live season of television since Roc‘s second season on FOX back in 1992. And in the space between spring’s finale and fall’s premiere, Undateable really hasn’t changed much; if anything, the two-part live episode that opens the third season proves Undateable not only works live – it actually thrives there.

Everything one would expect from an Undateable live episode is here: there’s Scott Foley returning as a guest star, numerous brief musical interludes, and lots of Chris D’Elia hamming it up with what appear to be semi-improvised bits. There’s a lot of playing to the audience, live tweeting, Brent Morin giving out Chris’s cell number live on the air; every ‘meta’ moment the show can play with, it absolutely does, whether it’s little things like Chris glaring side-eyed into the camera when dropping punch lines, or Brent yelling at the band to make the music in his header a little bit sadder. For an hour-long episode, “Will They” and “Won’t They” pulses with energy, even when scenes are just sitting two characters sitting down at the table for a minute. Constant changes in perspective and a relentless pursuit of audience laughter really keep the pace moving, which helps cover the long gaps in story during parts of the episode.

That’s really where the Undateable premiere impresses: it certainly plays to the strengths of its performers throughout the hour, but surprisingly, still contains a bit of pathos to give the episode some meaning – and if there’s anything to be lost in this new format of Undateable, it would be the more focused narrative of Seasons 1 and 2. It may not carry through the entire season, but the premiere does not shy away from having a story, even if it’s a fairly bare-bones one, and smartly enough, it revolves around Justin’s hope for the future, and Danny’s eternal loneliness, with the latter trying to sabotage the former’s relationship with Candace, before it even gets started (like true nerds, they were waiting until midnight on a specific day to start dating).

And what the story sets up is an interesting premise for the season, in that the title of the show now only applies to two characters, Danny and Adam. Even Adam’s got some hope, though, with Leslie, who is softening to his approach a little with her new haircut; in theory, Season 3’s premiere sets up a season where every character finds (or loses) love, all while a very sad man tries to deflect his own desires through deprecating humor and lengthy, hilariously weird dialogues (the conversation about the bullet falling into the water was my single favorite part of the episode).

In other words, Undateable is starting to grow up as a television show, even though it seems to be going retro with this all-live format, and heading into a season of live episodes, it was important for Undateable to establish that it’s not going to lose sight of its characters, even when larger portions of weekly installments are dedicated to slightly more pandering ways to engage the live audience. And with a strong Candace/Justin/Danny story at its center (along with the tease of some growth for Adam’s character), “A Will They” and “A Won’t They Walk Into a Bar” stand as strong examples of how well this format can work for an entire season – and more importantly, how it can thrive by maintaining its focus on character through all the guest stars, live performances, and fourth-wall-breaking moments awaiting us throughout the season. 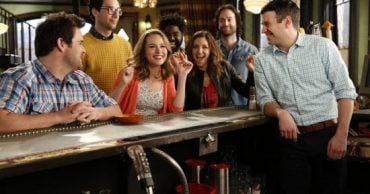 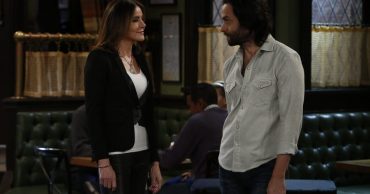 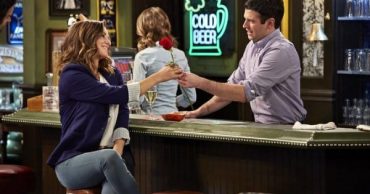 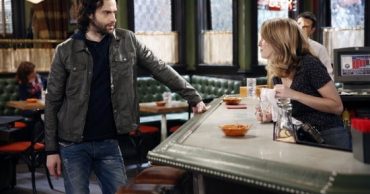 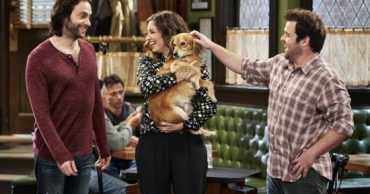 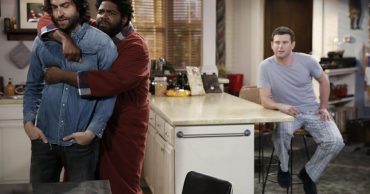