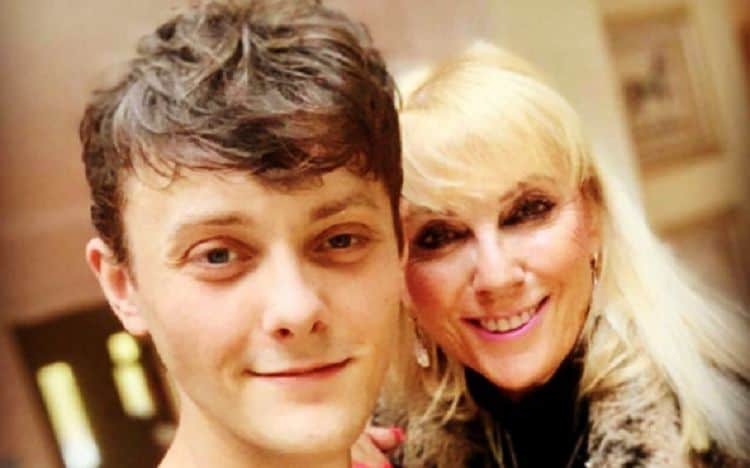 Tyger Drew-Honey’s life has been different from most people’s in more ways than one. On top of becoming a star at an early age, Tyger’s family situation wasn’t what most would consider ‘normal’. Both of his parents are well-known adult film stars. Despite his parents’ occupation, Tyger has never been ashamed of his family and he’s always maintained close relationships with his loved ones. On top of that, he has built a very solid career as an actor and he’s become known to people all over the world. Although he hasn’t had any film or TV roles yet in 2021, he has some great things in the works. Keep reading to learn 10 things you didn’t know about Tyger Drew-Honey.

Even though he is known to the world as Tyger, that isn’t actually his first name. Tyger was born Lindzi James Drew-Honey. However, he was given the nickname Tyger at an early age due to a medical issue he was born with. He told Mirror, “when I was born, I had a problem with my vocal chords: they were too close together and didn’t vibrate as they should have done. So, for the first months of my life I was very growly and they nicknamed me Tiger.”

2. He Was Bullied When He Was Younger

Although Tyger never had an issue with his parents’ profession, that didn’t mean other people didn’t When Tyger was in school, he often dealt with bullying from his peers because of what his parents did for work. At home, however, Tyger had a very warm and loving upbringing.

Tyger’s live-action work is what usually comes to mind when people think of his acting career, but it isn’t the only thing he’s done. He’s also done a lot of voice acting over the years, especially with BBC Radio. He was also in the animated series Scream Street from 2015 to 2017.

Tyger was born and raised in the United Kingdom, but he has always been the type of person who loves to get out and see the world. Luckily, he has been able to do lots of that over the years. He has visited several different countries including Mexico and Spain.

5. He Is All About Positivity

Negativity is everywhere, and it can be hard not to let it become the main focus. Tyger is a very positive person and he does his best to always see the bright side of things. Not only has this outlook helped him on a personal level, but it’s also come in handy during his career.

6. He Believes Sexuality Is Fluid

Typically, when people think of their sexuality they put themselves into one of three categories: heterosexual, homosexual, and bisexual. Tyger, however, is a firm believer in the fact that sexuality exists on a spectrum and that people’s attractions can change over time.

Tyger is the only child of Ben Dover and Linzi Drew. When discussing his experiences as an only child, Tyger told The Guardian, “I don’t have anything to compare it with, and sometimes I think it would have been cool to have had a brother or sister. We’d have probably argued, but it would have been nice, I’m sure. I think it has made me quite independent and self-sufficient, though.”

8. He Loves Connecting With His Fans

During his years in the industry, Tyger has been able to grow a very impressive fan base. He is extremely thankful to all of the people that have followed his career and he likes to return the love whenever he gets the chance. It’s very common to see him retweeting messages from fans and responding to their questions and comments on Twitter.

When Tyger isn’t busy with working, playing video games is one of his favorite things to do. He particularly enjoys playing first-person shooter games. In the summer of 2020, he shared that he recently started playing with a keyboard and mouse after years of using a controller.

Apparently, acting isn’t the only thing Tyger is really good at. He also has some solid problem-solving skills. Not only does he know how to solve a Rubik’s Cube, but he can do so in under a minute. In an Instagram post, he revealed that it only took him a few days of practice to be able to solve the puzzle and he encouraged his followers to give it a try.