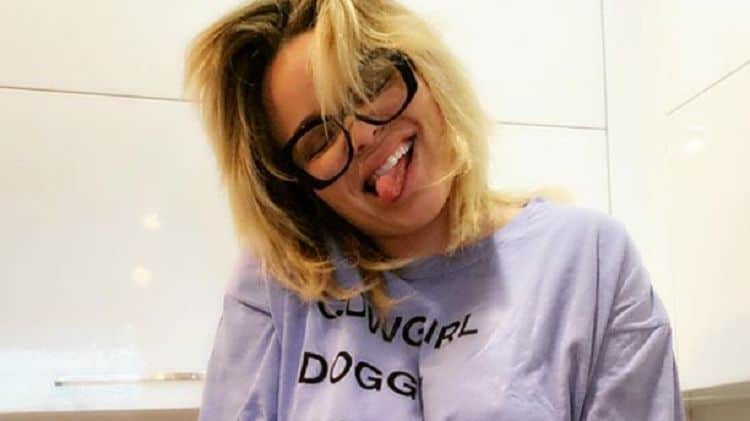 Ambitious seems to be the word to describe Trisha Paytas the best. The fast-talking celeb has been one of those that has had to really apply herself to become what she wanted and has even had to go down a road that some might condemn without fully understanding the depths of her desire to be someone and what it would mean to finally get there. The roads that we take in life might not always seem like the best by the standards of those around us, but the idea that they make a person anything less than who they become is something that many people tend to push to the side in favor of recognizing that some folks are willing to go further than others in order to attain their goals. In other words it’s easy to judge someone for a lifestyle that they used as a way to get what they wanted, but it’s far better to acknowledge that they were willing to go through something others didn’t care for in order to reach the heights they desired.

Here are a few things you might not have known about Trisha.

10. She moved to LA in her teenage years.

One of the many dreamers that was coming to LA for her own reasons, Trisha managed to make her way out to the city in an attempt to find something to do with her life that would give it meaning and possibly lead her into a life that she felt was worth living.

9. She was a stripper at one point and acted on the side.

A lot of people would gladly look down on her for being a stripper but the point of the matter is that she did something she was qualified for due to being capable in both body and attitude, and she used it for as long as she felt was warranted to finally break into acting. There’s no shame at all as it was a means to an end, just as it is with many other women that use a stage in such a manner.

8. She’s been an extra in many different productions.

It’s been a slow-go at times but Trisha has managed to make an appearance on several sets as an extra at the very least and while such roles tend to come and go in a flash there’s something to be said for her tenacity.

7. She started her own vlog.

When one thing doesn’t work move on to the next. She’s not a blonde bubble-head as some might think upon looking at her, she does possess a fully-functioning brain beyond that beauty and knows how to make her career work for her.

She tends to do a lot of cover songs but at the same time she’s made that into something worthy of listening to and has managed to create her own sound that people have enjoyed and have flocked to over the years since she’s done fairly well.

5. Some of the things she’s done have been called controversial.

It all depends on what you want to call controversial. To some folks acting in lingerie ads and being an escort and a stripper are controversial while to others those are just different ways to get paid. In short this kind of depends on public opinion, which she has learned how to handle and move on from when she needs to.

4. She’s been in a few different films.

There might be nothing on her short list that you’ve seen but at the very least it might spark your interest to see what she’s done and how good of an actress she really is, so the mere mention might be all that’s needed to get you looking. If so then it worked.

Remember she is an intelligent woman and she does have plenty of ideas that she’s willing to explore and present to the public. The thought that she could be such a multi-talent is kind of interesting and even empowering since in a lot of pictures she looks like a living Barbie doll in a way, but with far more going on upstairs.

Trisha has held onto her faith for a good while now and it’s what has helped to sustain her throughout the years as she’s claimed. Once again it’s fair to point out that no matter what anyone thinks about her this is a human being that has followed her desires and done something with her life no matter if she’s been judged and looked at in various ways. She’s lived life on her terms and that’s pretty inspiring.

1. Her vlogs have had upwards of a billion views.

This should shut up a lot of the haters you would think since the mere fact that so many people find her engaging enough to watch and look up is proof that she’s doing something right.

This proves that it doesn’t matter what you look like or how people lower their expectations, pushing forward with your own wants and desires is more important than public opinion.