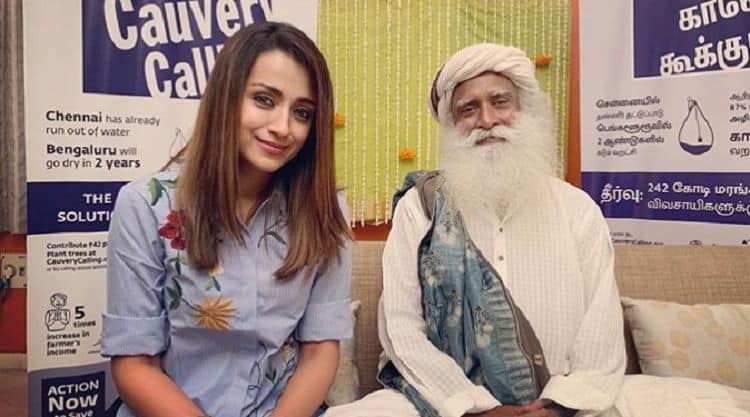 When you’re so famous that you don’t even need to use your last name, you know you’ve made it in life. That’s how Trisha is living her life. She’s so famous in her native India that she doesn’t even bother with her last name. It’s Krishnan, by the way. She’s an actress who has risen to a level of fame so big that everyone knows who she is before she even opens her mouth. That’s a special kind of talent, and she’s someone we thought the rest of the world should get to know a little better.

She got to grow up in the coolest decade (can you tell we are a bit partial to that one?). She was born on May 4, 1983. She was born in Chennai. That was then known as Madras. She lived with her parents, but they were quite close to her grandparents and extended family, too.

Growing up, acting was not for her. She had big dreams of her own, and she was dedicated to working very hard to make sure she met those goals. Her goal was to become a criminal psychologist. She went to school, studied hard, and she did all she could to make sure she was in college to become what she always dreamed of being.

3. She Made College Work

She didn’t want to act, but she kept getting jobs and was being given a chance to do what she wanted to do. She was taking roles, and it was hard on her college education. She was a student at the Ethiraj College for Women, and she was struggling to fit her classes into her shooting schedule. She did what she had to do, and it ended up making things all right. She took classes during summer to make it work.

4. She Lost Her Father

She had a lovely time as a child with her family, but she went through the tragic loss of her father back in 2012. We don’t know what happened to him, but we know that she lost him and that was a horrible situation for her. She now lives with her mother and grandmother, and we imagine that this is so she can stay close to her family.

She’s a woman who is not just gorgeous. She’s smart. She can speak more than one language, and we are so impressed by how many she does speak. She is fluent in English, Hindi, French, and Tamil. In case you need us to do the math for you, that’s four languages. We can barely get it together until after our third cup of coffee to speak fluently in one language sometimes.

6. Her Mom Gave Up Acting For Her

Did you know that her mother was an actress? She was given the chance to take many lovely roles in her life, but she gave them up for other things. She was not a woman who was looking to focus on herself when her daughter had such a promising career in her future. She gave it all up for her daughter.

7. She’s Very Close to Her Mother

If you couldn’t tell by now, she’s very close to her mother. She’s her champion. She’s her best friend. She’s the woman who spends the most time with her, and she always speaks so highly of her. She’s a woman who has given her mother everything she’s needed to give her.

8. She Ended an Engagement

It’s not easy to get engaged and then call it off, but we respect that they made this choice prior to their wedding. She was engaged for a moment to a man by the name of Varun Manian in 2015. He’s a businessman in China. It did not work out for them, however. They called it off only four months after announcing they’d become engaged.

There is a rumor that she’s engaged to be married to another very famous Indian actor who goes by the name Simbu. He’s had his own share of high-profile relationships over the years, and it’s rumored he’s ready to settle down. The rumor mill is working overtime right now with this news, but we cannot confirm the validity of this rumor.

Amid the lockdown and all the changes in the world, she’s decided it’s time for her to take some time off of social media. She’s going through a total digital detox right now, and she’s not feeling upset about it at all.