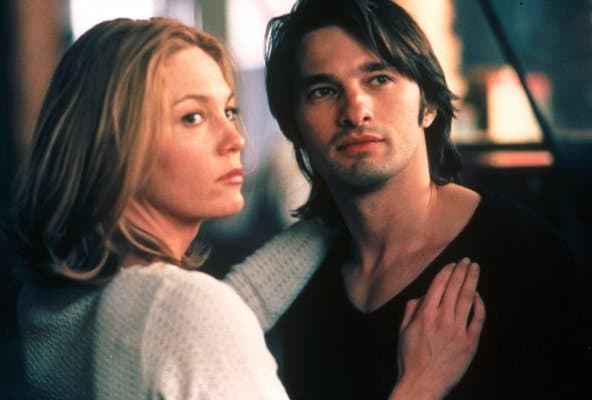 Adultery is a very ugly word in reality and carries no glamour to those it affects. The hope of anyone that ever connects their life to another is that they find true happiness and can trust those they love with every fiber of their being. In film however, the dramatic push that is given to adulterous acts creates a sense of urgency and betrayal that others seem to love watching, if only because it makes for a compelling story. Hollywood is no stranger to adultery in any form, but at times makes it seem far more exotic and in some ways acceptable than it truly is. The sad part is that there are those that seem to think that these acts are okay so long as there is drama or some form of comedy involved. When taking fact from fiction, it’s important to note the real effects of the act and simply enjoy the story rather than apply it to real life.

With that said, here are a few movies that showcase the act of adultery in very different ways.

This case seems a bit unfair to judge so harshly largely because Tristan and Isolde met before she married the king. Yet when Isolde was wed, the two still continued their dalliance, and Tristan never once mentioned to his king that he had known Isolde once she revealed herself. Seems a bit suspect really, but good love stories such as this don’t often follow a logical path, much as love doesn’t. Eventually the truth comes out and the two are vilified by nearly everyone, which most viewers could have seen coming.

A lot of people might argue against this idea, but it’s essentially selling your wife for financial security. It’s telling another man that he can go ahead and do what he wants so that you can get paid. The husband in this scenario becomes a witless pimp that has absolutely no control unless he decides to flex his marital might and simply refuse the offer, which in this case the couple really couldn’t afford to. On one end it would feel like a betrayal if he said yes, but  on the other, well, on the other you’d still have a stable marriage.

So who’s really in the wrong here? The guy having the thoughts about the high school student, which is creepy, or the woman who actually turns away from the husband that might actually need her? Turns out they’re both in the wrong and realize it too late. Spacey at least realizes he can’t take the innocence of a young girl, and his wife comes to realize that she had a good man that was worth keeping just a little too late. Sometimes you should really take a closer look at home to see what you have before letting your eyes and, other things, wander.

So no, adultery is not funny, but Robin Williams was. He proved that if you can’t laugh at the more horrible parts of life that eventually they’ll drag you kicking and screaming into the abyss that is the real world. At least with humor Williams could deliver a film that shows the pitfalls of screwing around with married women and just how it can disrupt and in some cases almost end your entire life, literally.

That mysterious stranger that makes you feel alive can also be the worst thing for your marriage. There, it’s said, done, but still not taken as a valid point by Hollywood. There is a very real sense that married couples sometimes lose sight of the passion and verve that single people seem to have in abundance. But the advantage that married couples tend to forget is that they have someone they know and can fully trust to experience this with. It simply takes the right spark to fire it back up. Finding that spark with another person however can ignite a different emotion that is hardly ever desired.

May those who are married find their verve and passion with each other and be spared the ugly touch of adultery. The alternative is never pretty.