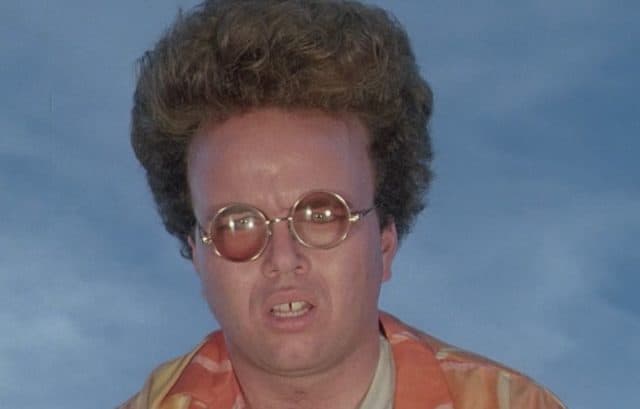 Clint Howard has the distinction of being one of the most underrated but also most used actors in Hollywood. Honestly you tend to see this guy anywhere and everywhere, or at least he used to be. It didn’t matter what movie it was there was always a chance that he’d pop up now and again. He even showed up in an episode of Married..with Children years back. That he’s a goofy-looking guy is pretty obvious, but the fact that he uses this to his advantage in his roles is even more obvious. And what’s more, it works time and time again since he is that great of an actor, just a severely underrated one. Even if it was meant to be a joke in 1998 he managed to win a Lifetime Achievement Award on the MTV Movie Awards. The title of many an article actually alluded to him ruining the night by winning the award, but honestly I think that Clint Howard isn’t given enough credit. He takes on some of the funniest roles but tends to get left in the dust for the A-listers.

At this point his career is something to be proud of no matter what.

5. How the Grinch Stole Christmas-Whobris

Clint tends to play the second fiddle to the more influential characters and it suits him because he knows how to play such characters to perfection. As Whobris he’s the mayor’s toady, his yes-man, and the guy that does any number of menial jobs that the mayor wants him to do. He’s got a heart, but to keep his job he kind of has to hide it away in the face of his boss.

He’s not really second fiddle in this movie as he’s an integral part of a team that was responsible for the three men headed towards the moon. Every person in the command center was responsible for something and no one was replaceable at that time. Clint had to play a very real position in the team and he had to be on point throughout the whole movie.

He was more or less the poor sucker that had to watch Ed throughout the day and night and find a way to stay awake while monitoring the show. He didn’t get shown a whole lot but he also wasn’t the bad guy that was in charge of the show. Clint was the guy that was doing his job and didn’t want to invade someone’s privacy but was trying to collect a paycheck.

He had one job here and it was to introduce the giant penis and boobs scenes. He did it great and to be honest he was probably the right guy for the job. He might look kind of goofy and a little out of place sometimes but Clint Howard is still a capable actor and a great addition to many movies simply because he’s been around and he knows what to expect.

One of his best roles, ever. He might not have starred the whole way through but he was in it for quite a bit. Paco was the crazy guy that wasn’t overly smart and made a lot of references that kind of mixed up football and famous actors now and again. But he was too funny not to have in the film.

Clint Howard is worth a lot more than people give him credit for.