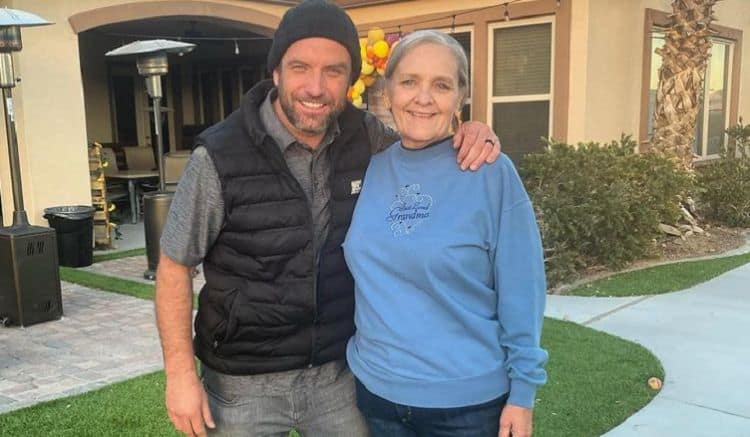 TJ Lavin has been a familiar face in the TV world for nearly 20 years. Initially best-known for being a professional BMX biker, he began hosting MTV’s The Challenge in 2005 and has been a part of the show ever since. TJ is known for his laid back but no nonsense approach and he has become as important to the series as the contestants. His career has been a great example of just how far people can go when they’re willing to step out of their comfort zones and try something new. With The Challenge showing no signs of slowing down any time soon, I think it’s safe to say we’re going to be seeing a lot more of TJ in the years to come. Here are 10 things you didn’t know about TJ Lavin.

1. He Was A High School Wrestler

BMX is the first sport that comes to mind when people think of TJ Lavin, but many people don’t know that he was also a wrestler. He was a member of the wrestling team in high school although it’s unclear how good it was. By the time he was 19-years-old, he was solely focused on BMX and decided to go pro.

2. He Only Planned On Doing The Challenge For A Couple Of Seasons

When TJ got the opportunity to host The Challenge, he had no idea that it would become such a long term thing. During an interview with Urban Daddy, TJ said “Dave Mirra [who hosted the show before me] said you’ll do it for like one or two seasons and you’ll be over it. Now here we are 32 seasons later, and it’s amazing. I still love it. It’s insane.”

3. He Has His Own Video Game

Although Dave had a very successful career as a BMX biker, the reality is that many of The Challenge’s current viewers may not realize just how big he was in the world of extreme sports. In 2000, he got his own BMX themed game on Playstation. The game, MTV Sports: T.J. Lavin’s Ultimate BMX, has recently been re-released on PS5.

4. He Sells Videos On Cameo

If you or someone you know is a huge fan of TJ’s you can now get the chance to connect with him like every before. TJ sells personalized video shoutouts through a platform called Cameo. Each video costs $150 and can be a great gift for a special occasion.

While it’s true that the majority of TJ’s experience in the entertainment industry has been hosting The Challenge, that isn’t the only thing he’s done. He’s tried his hand at acting over the years as well. He made his acting debut in 2013 in a movie called Beast: A Monster Among Men.

6. A Bad BMX Accident Left Him In A Coma

It’s no secret that extreme sports tend to be more dangerous and physically demanding than most other sports. TJ experienced this first hand in 2010 when he crashed his bike while trying to do a trick during a competition in Las Vegas. His injuries were so bad that he had to be put into a medically induced coma. Fortunately, he didn’t sustain any longterm brain injuries.

7. He’s A Husband And Father

Just because TJ has dedicated a lot of time to his career doesn’t mean that he hasn’t been focused on his personal life, too. TJ has been married to Roxanne Siordia since 2012. Roxanne has a daughter from a previous relationship who TJ has since adopted. When he isn’t busy with work, you can usually find him spending time with his family.

Biking and hosting aren’t the only thing TJ enjoys doing. He’s also really into music. In addition to having taught himself how to play the piano, he also has a recording studio at home so he can easily bring his creative ideas to life. In 2007, he released an album called LAVS the First SET although it doesn’t seem to be available on any streaming platforms.

As someone who has made the choice to keep going through endless set backs, isn’t a fan of people who simply give up. While talking to Urban Daddy he shared that if there’s one thing he can’t stand it’s a quitter. In his role as a host, that’s probably something he’s seen more times than he can count over the years.

TJ started a YouTube channel back in 2011. He was fairly consistent with his uploads for a while and had a series called HANGIN w LAVS. Unfortunately, however, he hasn’t posted anything in about two years. There’s no information to suggest that he has any plans to get back into YouTube.