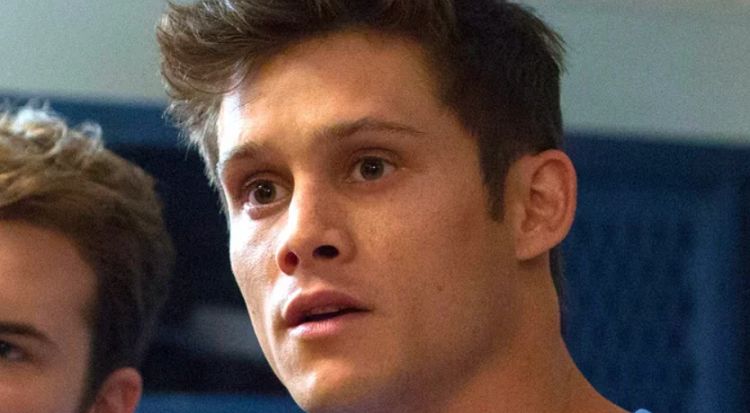 When Timothy Granaderos is a man you might recognize instantly when you see his face. He’s the character Montgomery (or Monty) in the hit show 13 Reasons Why, and he is many other things, too. He’s become famous for this role, and he did well with it when he was able to take the character from a sometimes star to a frequent star and main cast member in his third season. He’s a young actor who has so many things to do, and he’s not worried about how he will get by. He knows he’s doing his thing, doing it well, and he will eventually become a household name.

Granaderos was born in the 80s, which means he grew up in the best decades – and also the last of the good, simple life decades. He was born on September 9, 1986, in Ypsilanti, Michigan. He lived there with his family, including his Filipino father, which is where he gets his half-Filipino heritage.

He wasn’t just born in Michigan, either. He also grew up there. He lived in a town called Portage, Michigan, and he graduated high school there. He also attended college in the same state, meaning he lived the entire first half of his life there. He was a student at Michigan State University.

3. He is a College Athlete

Formerly, he was an athlete. He played sports almost his entire life, and he was good enough to become part of the Michigan State athletic program. He played men’s soccer as a Spartan while he was there.

4. He is a Music Video Star

Before he took on acting as a career, he was a music video star. He was able to land gigs starring in videos for people such as Fall Out Boy in the video they made for “Champion,” and he also starred with a former Disney star in her own band’s video. He was in the Selena Gomez and the Scene video for “Love You Like a Love Song”.

5. He Looks So Young

He may be in his mid-30s, but he is playing a character on 13 Reasons Why who is half his age. The character he plays is only 18, but he can make it work for him. He’s definitely capable of sporting the youthful look that makes it easy for him to be this character, which is why so many people believe it.

His character on the show that made him so famous, Monty, is a unique one. He was a regular star in the first two seasons, only to be made a main character in the third. It wasn’t until the third season, however, that the show decided to explore the sexuality of this kid who is so much the villain. It helped the actor put together some pieces that he didn’t quite understand about the character in the first few seasons.

While some ladies might be a little bit sad to find out that he is not single, we have to share that he is not single. While he is not married, he has been in a relationship with a young woman by the name of Katie for some time now. They seem very sweet and very happy together, and we have a feeling this one isn’t going anywhere.

There has been a part of his life that has allowed him to do a few other things besides acting. With a face like his, are we surprised to find out that he’s modeled? He’s done work for some of the biggest brands in the world. Love them or hate them, he’s modeled for Ugg among many others.

9. He is Good Friends with His Costars

While filming this show, he has made some good friends, and they spend a lot of time together. They aren’t just friends when they were on the set. They are friend when they are off the set, too, and it’s been a situation that has worked well for him.

Famous or not, he knows that there are certain aspects of his own life that are not meant to be shared with the world, so he simply doesn’t share them. He is a man who is rather good about being quiet about his personal life, and he keeps to himself much of the time.