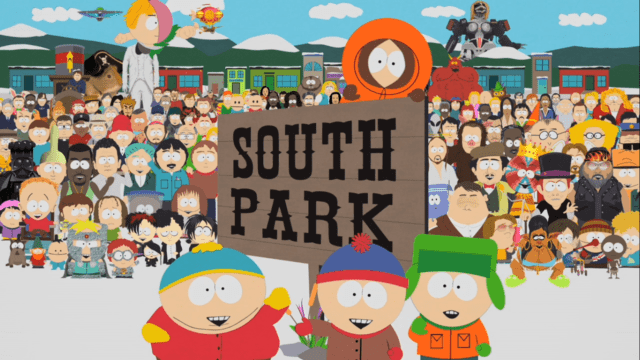 It’s actually possible to go overboard on roasting an individual, even if it’s Harvey Weinstein. But of course that point hasn’t been reached yet so roast on, right? That certainly seems to be the take on things as South Park got into the act a little bit ago, bashing Weinstein with one sentence and letting people know that yes, South Park was listening to the news as well. It would seem that Weinstein is going to be a name that goes down in infamy after a while and will likely be seen as a dirty word for a while. So long as people know why it should be okay, right?

Now to be honest South Park has never been interested in anything close to good taste or in keeping within boundaries, so maybe they might go so far as to really lay into Weinstein, or maybe that one little blurb will be all they do and that’s it. Really it’s hard to tell with these guys so it could go either way. But maybe if the Weinstein jokes, memes, and other bits and pieces circulating around the media continue to pop up Weinstein will get the point that coming of age in the 60’s and 70’s is not a valid excuse for what he did.

It’s going to be interesting to see if the corruption that is being unearthed with Weinstein goes any further and how much of it will be uprooted as a result. Chances are those in Hollywood that are still guilty of the same sins or worse are already looking to cut ties and deny anything to do with the reported parties where young kids were used in ways that many people don’t even want to think about. It almost brings back thoughts of ancient Rome and other societies where life was good so long as you were on top and able to hold influence over someone, but were basically out of luck if you were new on the block or were considered more property than person.

The one thing that chaps my hide about this is that Weinstein, who may have even been instrumental in the decline of more than one star throughout the years, likely won’t serve the type of punishment that the average person would. It’s much more likely that whatever influence he still has left, if there’s any, will allow him to be set up in a nice white collar prison where he’ll be anything but miserable. Too many guys that walk into these minimum security prisons complain about one thing or another and how things are just miserable. This is because they’ve never been outside of their cushy comfort zone and have no idea what a real jail is like.

Consider this, if Harvey Weinstein is sent to the same type of jail where they send those guilty for tax evasion, fraud, and other namby-pamby offenses that are non-violent then there is no such thing as justice. The man exposed himself to women and was guilty of harassment, if he doesn’t go in the can with the other offenders then some judge’s palm just got greased.