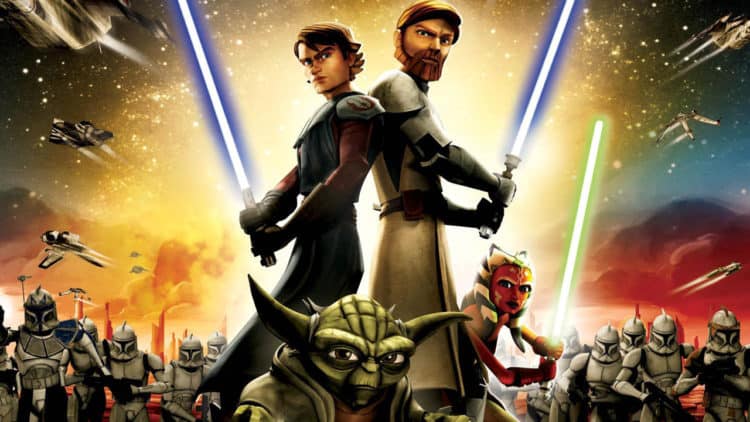 It’s no secret that the Star Wars universe contains a tremendous amount of content to consume. If you don’t believe that, just go to Wookiepedia and discover an Alexandrian Library’s worth of material for LITERALLY EVERY CHARACTER THERE HAS EVER BEEN. You know that one person in Star Wars? The one with no name and who is only on the screen for like three seconds, blurry in the background? Sure, I just described about three-hundred possible people, but you know the one?

There’s a five-thousand word Wookiepedia article all about that person.

If you ignore all that, however, and just stick to the officially released material, the well runs a bit drier. For a time, there were three movies to consider part of canon. Books and comics came later but those were always considered “secondary canon,” meaning they were fine to consider canon unless otherwise contradicted by George Lucas. When the prequel trilogy released, that’s exactly what happened.

Far be it for me to defend the storytelling of the prequel trilogy. The “story” itself is very  good but it’s the story-telling I disagree with. Much of the prequels featured half-baked ideas, taking deliberately vague references from the Original Trilogy,  using them as window dressing, but failing to give them deeper meaning. Instead of expanding the lore by digger deeper, the prequels simply broadened the lore, adding more things to consider, little of which had much depth to it.

It wasn’t until the Clone Wars TV show came out that the Star Wars universe finally had some meat put on its bones. The show is midway through its final season on Disney+ and over the years it’s given fans valuable understanding into the Galaxy far, far away.

The Chosen One Prophecy 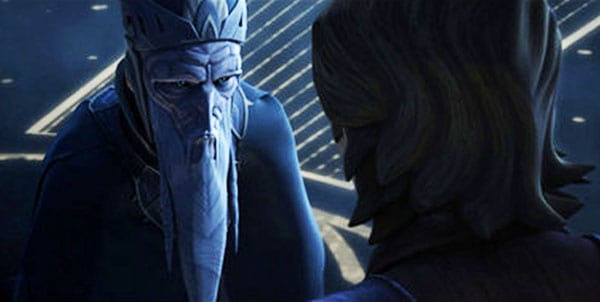 We take it for granted now that Anakin Skywalker is the “chosen one” of the Force, but that was an idea that began with Episode I. What it meant for Anakin to “bring balance to the force” was never directly stated throughout the prequels. In fact, Yoda even says the prophesy might have been misunderstood (the Jedi believed it meant the destruction of the Sith), which sounded like an “out” by George to have it mean any number of plausible things without being tied down to something that might contradict something else.

Clone Wars, however, introduced us to Mortis, a mysterious planet home to ancient beings of the force: Father, Son, and Daughter. The three represent the “balance” of the force with one (the son) representing the dark side, another (daughter) the light, and the last (father) keeping the prior two in balance. Unfortunately, these are not divine, eternal beings like gods; father, in fact, was dying when we first met him, and tried to recruit Anakin to take his place as the balance-keeper of the force.

Sounds like a good way to fulfill the prophesy, no?

Anakin, however, rejects the offer (in part thanks to some manipulation by the dark-side “son”) and decides to forge his own destiny. In the end, he gives his life to defeat the Emperor and save Luke, but…Did that action bring balance to the force, just in a different way than father intended? Considering how Palpatine came back anyway, it would seem not. It would seem the prophesy was rejected by Anakin, leading to all the misery that followed at the hands of Darth Vader. 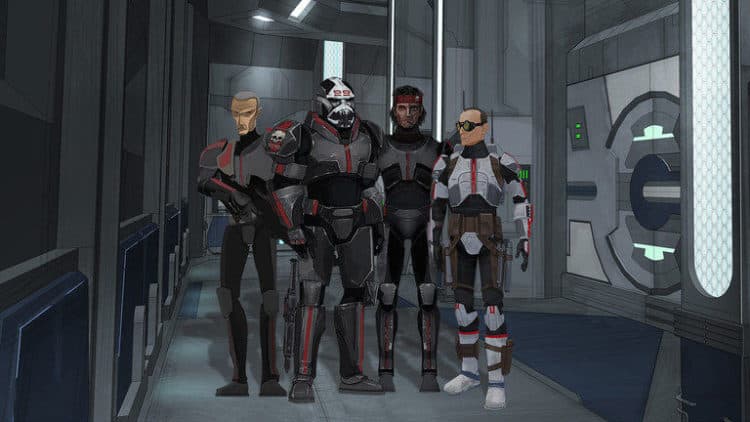 Another idea the prequel trilogy introduced was that of “clone troopers.” Before this, it was not officially known what the Stormtroopers of the original trilogy were. Again, if you weren’t alive before the Prequels this might sound silly, but many fans debated if they were robots or people, loyal soldiers or conscripted civilians. There were hints throughout the Original Trilogy that could have been interpreted in all kinds of ways, but no definitive proof. Likewise, the idea of the Clone Wars long-fascinated Star Wars fans, despite being a mere throwaway line in A New Hope.

Attack of the Clones finally gave us the start of the Clone Wars, introducing the first iteration of Stormtroopers as clones of Boba Fett’s “father.” One movie later, the Clone Wars ended midway through Episode III and though Order 66 was a well-made sequence of shots in a vacuum, the montage of Jedi murders failed to hit home as well as it could have due to our lack of connection with many of the Jedi being killed, and certainly with the Clone Troopers doing the killing.

Clone Wars, the TV show, solved all those problems.

The show went to great lengths—out of necessity (the best friend to a writer)—to give various recurring troopers personality, character, and distinguishing features. Easily the greatest example of this is the Bad Batch, the team of misfit clones that didn’t cook quite right but who nonetheless won the hearts of fans everywhere with their antics. Because of the TV show’s skill in personalizing the Jedi and the Clones who served under them, the Order 66 montage in Revenge of the Sith packs ten-times as much of a punch as it did when the film first released. 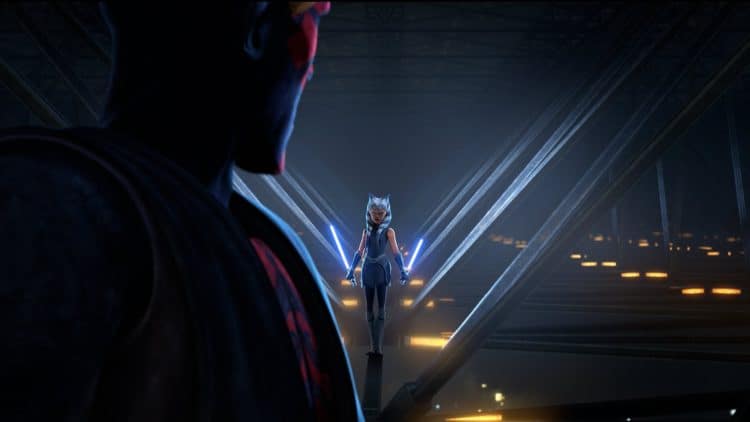 Easily the most controversial ideas introduced in Clone Wars were the resurrection of Darth Maul and the introduction of Ahsoka Tano. The former felt like a bad idea all the way around: Maul was (seemingly) dead and, cool though he was, there was (seemingly) no coming back from (1) being cut in half, and (2) falling down a (seemingly) bottomless reactor shaft. Fans had moved on and even threw occasional shade at his one-dimensionality compared to the more nuanced Darth Tyranus.

As for Ahsoka, fans haaaaated her when she first entered the picture. A series of adventures that highlighted the relationship between Anakin and Obi Wan: That’s what fans wanted from the Clone Wars. Introducing a plucky new Jedi trainee was the last thing the show needed.

Boy were we wrong.

Tano blossomed into arguably the most beloved non-movie character in all of Star Wars, and that’s all thanks to the brilliant writing her character received. Watching her go from idealistic to disillusioned—light-side Jedi to something with more shades of grey—added a depth to a Star Wars character that fans simply had never experienced before, in any medium.

Maul, too, was redeemed by the writing. Instead of being a one-note bad guy with cool make-up, he was put through the ringer. Like Ahsoka, Maul was disillusioned by his order, feeling betrayed and abandoned by Darth Sideous. What followed for him was a quest for power and revenge that grew his character and developed him into a villain worthy to share the stage with Darth Vader in the minds of fans. You couldn’t have gotten that from his eight minutes of screen-time in The Phantom Menace.

The Clone Wars TV Show didn’t just increase the scope of the Star Wars universe, it deepened it ten-fold, providing fans with countless more understanding and appreciation for the mythical heroes and villains they love so much.