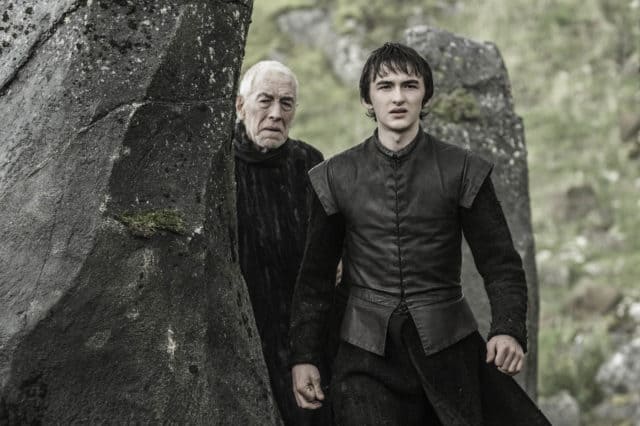 Since the first season this curious plot line has been seen to appear throughout the story at times, carrying a hint of importance that we’ve been thinking about constantly until now. The Three-Eyed Raven has been a mystery to most of us, even those that have read the books, until it was finally revealed that Brandon Stark was meant to be the next Three-Eyed Raven. The simple fact that the Three-Eyed Raven is so uniquely powerful that it could allow Bran to go back in time and essentially ruin Hodor’s life leads to the argument of why such immense power couldn’t be used to go back to the time before the white walkers became a problem and simply wipe them out.

That kind of implies that the Three-Eyed Raven is not as all-powerful as it seems, but is still quite potent and has sought out a vessel for its message that is far more important and able to reach its true target, Jon Snow. Right now the goal that seems to be most important is to reach Jon Snow and deliver the message that he the Targaryen heir, thereby granting him the authority and the needed ability to combat the white walkers. After that though, where is Bran’s usefulness? Is he going to be abandoned by the power, or will he continue to play an important part in the coming maelstrom that will be the war for Westeros?

Changing the past is a dangerous prospect.

It’s been seen in more than one film and TV show that the act of changing the past affects not just the individual, but the entire world to which they belong. One seemingly random act can change more than anyone could possibly see in their limited scope. Even as the Three-Eyed Raven Bran does not possess knowledge of all things, as the power has not allowed him to see past a certain point. He can keep track of the white walkers, he could easily spy on Cersei, but changing the past to secure the future is a dangerous and ultimately final act that would surely doom everyone.

Bran could help to change the tide of battle.

With his warg abilities there is virtually no limit to what he could do if he was kept safe. From a guarded position Bran could take control of virtually anything or anyone and cause an untold amount of mayhem as he warged from one body to the next. No one in the enemy ranks would be safe if he chose to use the power in such a way. At this moment he is doing very little except reuniting with his family and being unbearably cryptic about what is to come. If he is to be of any use in the coming battle, if that is his place, he will need to unleash the power he holds, not keep it in check.

The season is heating up as GoT continues to roll on. With Dany’s tirade having wiped out much of Jamie’s army and Bran revealing just why he’s come back there’s no telling what’s going to happen next.