Home
Entertainment
This Woody Allen Memoir is Not Going Over Well 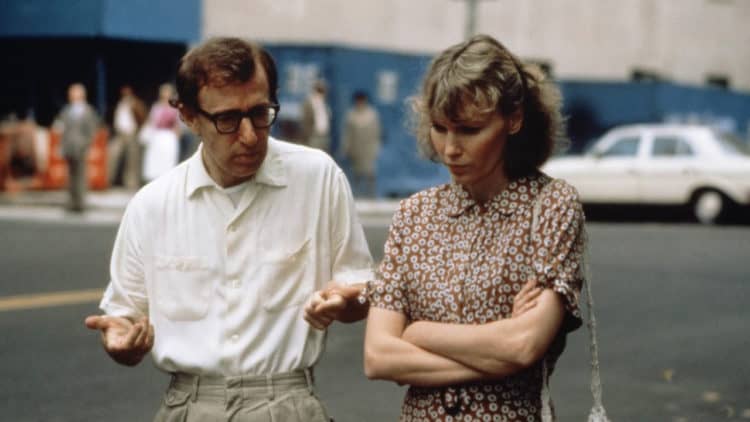 It’s curious to think how many people would be all that excited by a Woody Allen memoir, but obviously Hatchette Book Group, or its employees at least, weren’t all that keen on working on the book detailing the life of one of the most renowned directors alive. You might ask why, especially if you don’t know Allen’s life story, but given how easy it is to look up what’s happened throughout his career and his life it’s not hard to think that some folks might actually support the walkout that the employees organized in response to the memoirs being taken on by the publisher. For many year now Allen has been subjected to sexual abuse charges and hounded in one way or another about his lifestyle and even his marriage to Soon-Yi, the adopted daughter of Allen’s former partner Mia Farrow. A lot of people have had something to say about his conduct and have ridden his case for a long time concerning how old Soon-Yi was when she and Allen started a relationship, but the allegations of sexual abuse have been the loudest and most prominent reason that many people in the company have had an issue with Apropos of Nothing, Woody’s memoirs that he wants to see published. As Kevin Burwick of MovieWeb goes on to prove, Allen isn’t the first individual to get a book dumped or cause a reaction within a publishing firm by trying to push what some feel would be controversial material from a supposedly controversial figure, but the truth is that like it or not, his voice gets to be heard as much as anyone else’s no matter if people don’t want to hear it. The funny thing about this is that those working at the publishing company don’t have to read the book if they don’t want to, but treating it just like any other piece of literature and getting it done and over with is their job after all, so maybe the protest needs to soften up a bit.

That’s bound to sound a bit controversial to many people no doubt but the truth of it is that unless Allen is promoting dangerous ideas that could truly harm other people he does have the right to try and publish his book. But unless the publisher has a written and signed contract with Allen they do have the right to say no, it’s not what they’re looking for. Of course plenty of people might call them unwise to do so since Woody Allen is a name that’s well known throughout the world and turning down any business from such a famous individual wouldn’t exactly be in the best interest of those that are trying to make money. Dominic Patten of Deadline has something more to say about the issue at hand. Those that don’t want this book to get pushed through can protest all they want, that’s their right, but the allegations of sexual abuse, be they right or wrong, haven’t landed Allen in jail thus far and unless there are new cases popping up it’s likely that they won’t hold any more water than they have in the past. If he is guilty of such a thing then it’s obvious that he needs to face the consequences, but unfortunately for all those that are hoping to never see his book on the shelves his right to express himself is still very much in effect. While I don’t support Allen as like a lot of folks I find his humor a bit odd and kind of dry it’s still important to remember that people get to speak in their own voice, including literature, and whether a person likes it or not, he does have the right to see his book published however he can manage it.

As Sharareh Drury of The Hollywood Reporter has already mentioned though the publisher did end up dropping the book after the walkout, which indicates that popular opinion is still strong enough to exclude certain voices at times and censor what people don’t want to see pushed onto the public. That could be seen as a positive but it could also be seen as a resounding negative as well since the positive aspect is that unless Allen finds a publisher or a way to publish this himself, it’s likely that Apropos of Nothing won’t see the light of day. Given how determined he’s been throughout the years though it’s very likely that the book will still come out, but under another publisher and after another tense round of scrutiny no doubt sense his life behind the camera might not be that bad, but his personal life is something that many people have done their best to condemn for many years now. Not liking the man isn’t grounds to keep him from getting published, though some folks might think it is.

Should ‘White Men Can’t Jump’ Get a Reboot?
Comics Lists News Things You Didn't Know Whatever Happened To