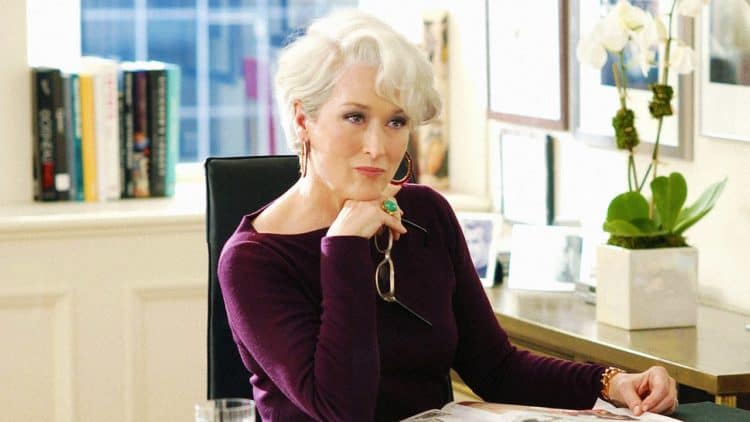 Many people feel some way about Meryl Streep, whether she is a great and legendary actress or someone that needs to check her ego every now and then. While it’s true that she is extremely talented and has the awards to prove it, there have been plenty of things that Streep has gone on to say, and those that she has supported, that paint her in a rather negative light when it comes to her character. But when it comes to performing in sequels, the agreement that she really doesn’t need to can be echoed by pretty much anyone since most of her movies really don’t open themselves up for a sequel in the traditional manner and likely wouldn’t do well if there was a sequel attached to them. Mamma Mia! is one of the only times that she’s even come close to starring in a sequel, and to be fair, she only had a cameo appearance that many don’t count as her being a part of the movie. But overall, Streep has created the type of reputation for not starring in sequels that have been adopted by her many fans since more than a few of them would honestly believe that she really doesn’t need to take up the role of a character again in order to please the audience.

To say that she’s talented is pretty obvious, but to say that she’s a perfect actress is debatable since it could be that her detractors don’t care for the movies she’s starred in, or they just don’t care for her. A good number of her movies lean heavily to the dramatic side of things since this is where she excels, in drama. Many would claim that she could do pretty much anything, but the truth is that if the movie doesn’t have a seriously dramatic lean to it, she’s not really cut out for anything else. She’s tried her hand at comedy and it doesn’t work quite as well since whether she can’t or doesn’t want to, Streep can’t really crack wise with even moderately funny actors on screen. She isn’t an action/adventure actress, though she’s tried, and she really doesn’t strike one as the best individual to place into a fantasy/sci-fi movie since it just doesn’t feel as though she would be a good fit. Drama is where her talent lies, and this is where she excels, but this makes it difficult to think that she has any clout when it comes to speaking of anything other than the dramatic arts, which she has done in the past. It’s also likely that she’s not a great judge of character considering that she stood and clapped for Roman Polanski’s work, and was good friends with Harvey Weinstein, but was quick to turn on him once Weinstein was outed. The corruption that has been a part of Hollywood for so long and that many have opted not to speak on, yes, even Streep, is hard to ignore at this point. It’s not hard at all however to point out that those that were close to those committing said acts somehow knew nothing or were content to sit silently while things continued to happen.

Despite all that, Streep, like many others, watched as her career flourished with each role, and was content to keep moving from movie to movie, eschewing the need for sequels as she continued to take on one persona after another. At this time it’s rather obvious that she had no intention of ever performing in a sequel, likely because she is one of many that don’t want to take up a role again if they can avoid it unless the script is masterful enough and the money is right of course. I can only imagine that a large number of Streep’s fans would speak out against anyone seeking to claim anything that is not overwhelmingly positive about the actress since she’s been such an inspiration for so many. It’s enough to simply comment on her, to speak an opinion, and move on since people have the option to listen and make up their own minds and listen to what opinions they will. But there are many actors that have no desire to perform in sequels, even if the sequel goes ahead without them. But there are those that feel rather haughty when attempting to explain why they will or won’t be in a movie, and Streep definitely qualifies. Say what you will about her, and many likely will, but she has stuck to her guns so to speak most of the time, and like her or not, Streep has managed to remain quite successful over the years.

Some actors just don’t want to do sequels, and that’s that. Sometimes there’s just no need to even bring it up.