Home
Movies
The Top 10 Christmas Movie Villains of All Time 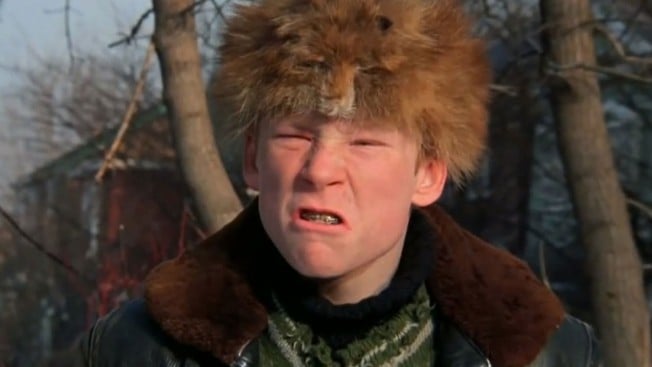 Every great movie needs a villain. Even if it is a Christmas movie with a happy ending. Without villains, there cannot be heroes. Without heroes, the movie wouldn’t be any good. In some movies, it is hard not to love the villain, and it others, we just want to see the villains get theirs in the end. There are plenty of villains in Christmas movies. Below is a list of the most famous Christmas villains. Some Christmas villains find their way on their own and some need to be pushed by those with the Christmas spirit. In some cases, however, some of them need to die.

A Christmas Story is one of the most popular Christmas movies. It is so popular, that there are two television networks who play A Christmas Story for 24 hours straight from Christmas Eve through Christmas Day. Scut Farkas is the villain in this movie. He is a bully who goes out of his way to make Ralphie’s life as miserable as possible. He also picks on Ralphie’s friends. During the final showdown, he ambushes Ralphie and his friends in the snow. Ralphie had a bad day at school and he lost it on Scut. He starts hitting him over and over again while screaming curse words. When his mother comes outside, she sees the fight and breaks it up. Luckily for Ralphie, his mother kept the fight a secret and his father never found out. Scut Farkas walked away with a bloody nose and a severely bruised ego.

There are plenty of movie versions of A Christmas Carol. There are live action movies as well as cartoon versions of this film. There are also adaptions of the film, such as Scrooged. In every film, Ebenezer Scrooge is the villain. He is very rich and very greedy. He has done plenty of bad things in his life and hurt the people around him. When he is confronted by the Ghost of Christmas Past, he regrets what he has become. When he is visited by the Ghost of Christmas Present, he sees how badly he has hurt the people in his life. He even sees poor, sick Tiny Tim and his heart starts to break. Finally, when he see the Ghost of Christmas Future, he sees a very sad scene of his death and nobody cares. In true Christmas movie fashion, Ebenezer changes his ways before it is too late. He is a villain turned hero.

The Grinch hated Christmas and he hated the Who’s in Whoville. In the cartoon version of the movie, we are told that the reason that he hates the holidays so much is that his heart is two sizes too small. In the live action movie, we find out that The Grinch is bullied and teased, which made him retreat to his mountaintop hideaway. He went into Whoville after dark and he stole all of the Who’s presents. When he woke up in the morning, he expected to hear the sounds of sobs and cries. Instead, he heard the sounds of love and happiness. It was then that his heart grew three sizes, and he went from villain to friend. In the live action movie, it was seeing Cindy Lou Who wants to be his friend that made his heart grow. Both movies ended the same. The Grinch gave the Who’s back their presents and decorations, and they all celebrated together.

Rudolph the Red-Nosed Reindeer is one of the most popular Christmas movies of all time. Children for generations have watched this movie every Christmas. The villain in this film is Bumble the Abominable Snow Monster. When Donner is teaching Rudolph to be a reindeer, Bumble sees them. Luckily, they are able to hide. A year later, when Rudolph and Hermey take off for the Island of Misfit Toys, he sees Rudolph’s nose but they are able to hide. When he spots it again later, Yukon Cornelius helps them escape by breaking off a piece of ice that they used as a raft. Since Bumble couldn’t swim, he sunk like a stone. When Bumble gets a hold of the group again, Hermey pulls out one of his teeth and Yukon sacrifices himself to save the group and he falls off of a cliff with Bumble. In the end, Yukon reformed Bumble and he works putting stars on top of Christmas trees for Santa. He is another villain who turns good in the end.

When Kevin McAllister accidently gets left home alone when his family leaves for France, he thinks that it is the best thing that could ever happen. This is only until two thieves, named Marv and Harry decide to rob the houses in the neighborhood where there is nobody home. Kevin realizes what is going on, and at first, he is able to make them believe that the house is full of people using mannequins, Christmas movies, and even a part of a movie. Unfortunately, they realize that Kevin is home alone and they plan to go back. Luckily, Kevin is prepared. He sets booby traps for the would-be thieves, hurting them and making them angry. When they think that they have finally got their hands on Kevin, his neighbor saves his life and Harry and Marv are arrested. Unfortunately, in this movie, the heroes are never reformed. In Home Alone 2: Lost In New York, they come back seeking revenge, however, Kevin always wins.

The Burgermeister – Santa Claus Is Coming To Town

Kris Kringle always wanted to deliver toys to children. Even when he was a baby on his adoptive parents’ doorstep, he was special and generous. When he decided to make toys and deliver them to the children of Sombertown, the Burgermeister is too mean to allow it. He decides to make the trip anyway. On his travels, he meets and an evil wizard named Winter. Luckily, he melts Winter’s heart and he gets to Sombertown. He is able to deliver his gifts eventually, regardless of what the evil Burgermeister says.

Karen finds an old hat on the ground and she puts it on the head of her snowman. Suddenly, he comes to life, saying that he is Frosty the Snowman. When Professor Hinkle sees that the hat that he threw away is actually magic, he tries to steal it back from Frosty and the kids. When he takes the hat, he locks Frosty in a greenhouse so that he will melt before Karen can get him to the North Pole. When Santa arrives and sees Karen crying, he tells there that Frosty was made from the magic of Christmas snow and he would come back. When Professor Hinkle explains that the hat is his, Santa tells him to return it to the children or he would never get a Christmas gift again. When the kids put the hat on the pile of snow, Frosty reappears.

When Billy got Gizmo, an adorable Mogwai from his father for Christmas, he was given three rules. Don’t feed him after midnight, don’t get him wet, and keep him away from bright light. When he breaks the rules, several other Mogwai pop out of Gizmo. One of them is Stripe. Stripe wants to turn into a Gremlin so that he can wreak havoc on the town on Christmas Eve, which he does. He goes through town hurting and killing people, until finally, Billy and Gizmo must take control. When his small army is killed, Stripe retreats to a YMCA pool where he creates a huge army. When Billy finds them in the movie theater watching Snow White and the Seven Dwarfs, he blows the place up, killing all of the gremlins inside.

In the movie Bad Santa, a man takes a job as a mall Santa so that he can ransack department stores. He is also a huge drunk. In the end, he learns the true meaning and magic of Christmas. He doesn’t get all mushy about it, but he does learn the magic of Christmas.