Home
Movies
The Story of Matthew McConaughey’s Audition for Titanic 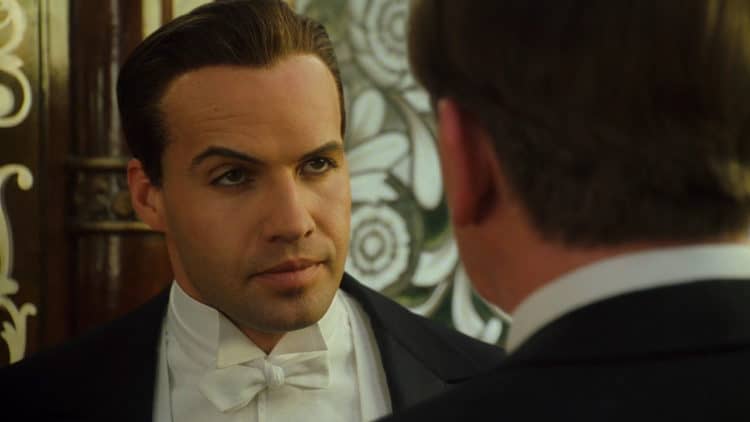 It’s hard to be upset that Matthew McConaughey put so much effort into his audition for Titanic but Leonardo DiCaprio ended up getting the role of Jack Dawson after putting in so little effort, really it is. That’s largely because as much as McConaughey might have wanted the role, it sounds awkward, and even thinking about it just doesn’t track in the right direction since trying to see Kate Winslet and Matthew McConaughey in this movie, together, is kind of awkward at this point. But it’s admittedly a little irritating to think that James Cameron felt a light switch on when he was turned on to the idea of DiCaprio auditioning, and then loved what he saw. Seriously, it feels as though the right person got the job but without actually earning it while the person that did earn the spot was stepped over because, well, he wasn’t the right person for the job. Hollywood is an odd place sometimes since if one doesn’t have the right look then it’s likely that they’re not going to get a part, and in doing this it feels unfair but it tends to work out a lot of times since admittedly if that person doesn’t get the part then they’ll move on to other projects that will be suited for them and things will turn out alright.

As most people should be able to see, Matthew did in fact do just fine after being passed over for the audition. He no doubt felt a little shocked that he didn’t get it, as one would when they feel that things are aligning the way they’re hoping for. But somehow DiCaprio just felt like the right guy for Titanic and as a result of his casting it felt like everything clicked into place and the movie went on to be one of the best ever made. There are plenty of people that would roll their eyes at the idea of a grand love story going on during one of the most disastrous maritime accidents in the world, but the fans of this movie have made it clear that DiCaprio was by far and large THE guy that they wanted to see since, to be honest, his chemistry with Kate was pretty good and it feels as though using anyone else might have been a big mistake. It doesn’t take a lot sometimes to derail a movie, and casting the wrong person in a role could easily cause a movie to falter a bit since the story needs to be believable in some sense to a lot of people or it’s bound to fail when it comes to inspiring anyone. That sounds a bit harsh really, but at the same time, it’s realistic since people go to the movies and sit down to watch because they want to be entertained, inspired, and left with a feeling of awe that they can take with them when the movie is over. A lot of us can probably admit that at the end of the movie when the credits start to roll there is a certain rush that fills us as we stand up from our seats and walk from the darkened theater. Of course, then reality hits us and we remember we’re back in the world where the movies are just pleasing stories, but for the time that we’re in the theater that rush is something that keeps us in our seat and makes it nearly impossible to move, unless of course we’re not entertained or have a pressing need to use the restroom. Hey, it had to be said, not everyone is as enamored of the movies after all.

It’s an easy bet that some folks can name a few movies that they’ve seen in which they would have rather seen a different actor assume a role that was important to the plot, and there’s a good chance that said movies would be, in their minds, a little less effective since that actor really had no business being in that role. It might sound like a condemnation, but the reality of such a statement is that there are many great actors in Hollywood and there are many that can take on pretty much any role and be just as great. But there are also many actors that aren’t nearly as effective in some roles as they are in others. Now if there would have been a role in Titanic that would have been more like the character of Mickey Pearson from The Gentlemen, then McConaughey would have fit in without any trouble whatsoever. But in a movie such as Titanic, he was just too smooth of a character, and to be serious, DiCaprio had that young, cocky edge that was still a little rough around the edges and not quite so laid-back. That feels as though it might have been part of the decision.