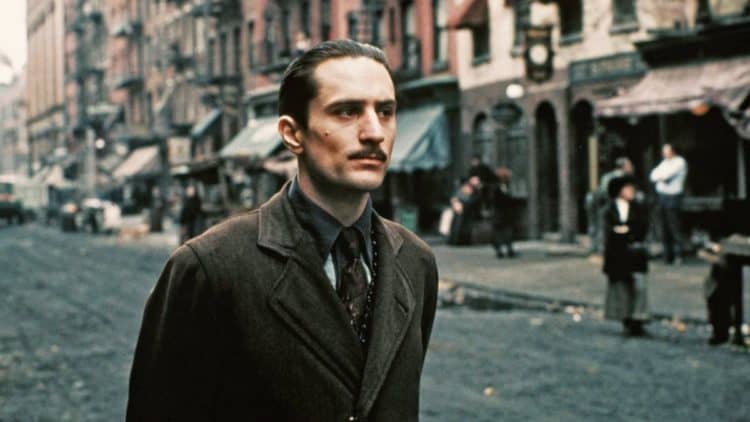 It’s definitely interesting to find out which actors could have taken which roles when they were younger, but it’s also kind of thankful that certain actors didn’t take one role or another since things could have been quite different and their careers might have taken a different direction. Robert De Niro actually revealed at one point that he was up for the role of Joshua Baskin in Big, the role that ended up going to Tom Hanks, which would have been a big switch back in the day. Trying to see him in this role isn’t the hardest thing in the world, but trying to replace Tom Hanks with De Niro makes it a little harder since Hanks had the youthful look that De Niro hasn’t had in a long time, meaning that it feels as though De Niro wouldn’t have been the right person for the role, no matter that the reason it fell through was that there as a problem with negotiations between the actor and those trying to get him for the role.

One could say it all worked out though since De Niro went on to star in Midnight Run and Hanks took over the role of Josh Baskin, which he nailed perfectly since people bought the act he put in as a kid stuck in an adults body just fine. There are roles that kind of need to go to the right people since otherwise they end up being squandered on the wrong actors and the movie ends up not doing quite as well as it could have. But seeing as how both men have had stellar careers at this time it’s easy to think that the right decisions were made. De Niro actually tried to audition for Sonny Corleone in The Godfather as well but felt that the role was better with James Caan playing the eldest child of Vito Corleone. After all, De Niro would end up playing the younger version of Vito in the second movie.

It kind of has to be said that some movies have made a pretty mistake by casting the wrong person in a role that they had no business being in, and it does feel as though De Niro would have been out of place in Big since even back in the 80s he already looked a little too old to play the role of a grown Josh Baskin. Tom Hanks had the right look and mannerisms that were necessary for the role, as De Niro has almost always been a serious, dramatic actor. His comedy chops are easy to notice, but at that point, people were used to seeing him in movies that were far more serious than Big, and it would have been all kinds of awkward. As he’s been getting older, De Niro has definitely leaned a little further into the realm of comedy since Meet the Parents and the two sequels it spawned, and Dirty Grandpa have made it clear that he’s not just a serious actor these days. Hanks has had a pretty impressive career over the years as well and has done his fair share of comedy and drama, creating his own legend as he’s taken on some rather impressive stories.

There are plenty of movies out there that have had to switch actors before ever getting to filming, and sometimes it’s for the best since those they might have selected wouldn’t have really been the best pick when all was said and done. The role of Wolverine is a good example since there’s no telling what might have happened had Hugh Jackman not been available. Plenty of actors have auditioned for a number of roles that, had they succeeded, would have made things very different. Imagine Tom Cruise as Iron Man, or Tom Hiddleston as Thor, that would be insane, to say the least, but it would have been what we were given, for better or worse. Robert De Niro stepping aside from Big was likely one of the main reasons the movie became so memorable since allowing Hanks to take the role was one of the better moves that could have been made.

Something about De Niro has always shown him to be the more serious, less comedic actor, at least in the years leading up to the past decade or two. While he’s been great as a dramatic actor and is capable of comedy obviously, the latter quality has become far more prominent as he continued to age and became more or less the funny dad/grandpa character, whereas trying to turn him into someone that had to act like a kid would have been kind of disturbing to watch since it doesn’t feel as though it would have been the right time. But hey, things work out the way they should sometimes.