Home
Movies
The Five Best Slasher Movies of the 80s 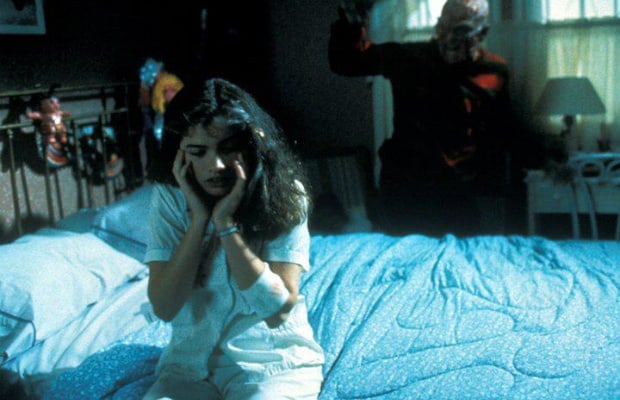 Slasher movies are just a common staple of the horror genre since they’re the wild and crazy movies that we love but might also get sickened by now and again since they’re just that nuts. But in the same breath they’re still great because quite honestly they don’t preach, they don’t try to teach a lesson, and they just go full-steam ahead and expect you to hold on for dear life. In the 80s the slasher movies were going more for the visceral effects which kind of fueled the whole cerebral attack that earlier decades had mastered, thereby increasing the terror while drowning some of the victims in their own blood. The gore-fest only got worse in the 90s but the tap was turned on in the 80s almost to full tilt since some of these movies used the flow sparingly and others just dumped buckets of blood all through their franchises and didn’t stop until they couldn’t get up again.

Here the five best slasher movies from the 80s.

Sometimes slasher movies can be incredibly complex, and then they can be simple like this one. It was a clear case of revenge since those that caused the death of one of their peers at such a young age decided not to say anything about it and therefore got away with it. Years later though, as prom night is upon them, the killer decides to make his move as he begins to stalk each one of those that was responsible for the death of the young girl so many years ago, finally culminating in a showdown between the final survivors as Kim realizes who the killer is. He dies in her arms after being revealed as her brother, who was avenging their slain sibling from so many years before.

This one definitely ends with a twist that a lot of people might not have seen coming and it’s why it’s on this list to begin with. Camping seems like so much fun most of the time, at least until you watch a movie such as this and try to calm your nerves afterward by insisting that the sounds you hear out in the woods are normal and not threatening in any way. But the whole time that people are dying throughout the camp people are looking every which way for a killer that is right in front of them, and is not what she seems to be. This one definitely gets points for being a head of its time.

This movie didn’t really go in for all the gore and kept it more cerebral but it definitely still gets points for being a slasher movie since it dealt with the kind of mind that was nothing less than psychotic and entirely uncaring of what happened to those around him. Chucky was the kind of character that was bound to become something big or something overused in the future since the idea of a killer doll coming after a person is just too great for some people to pass up on. His slasher cred only grew with the coming sequels and thereby cemented his place on this kind of list, but the first movie was definitely the best.

You just can’t beat the originals for one reason: they started it all. Even when the originals do eventually get topped it’s still important to remember that without them there wouldn’t be a movie franchise to enjoy. Plus, it’s always important to remember how a franchise started since this one didn’t begin with Jason as the killer. Too many people still tend to get this wrong even when it’s been a part of pop culture for so long that mistaking the real killer in the first movie is kind of laughable. Of course this was still the era in which a lot of people didn’t seem to think that a kindly older woman could be a killer.

This is one of the movies that kicked off an entire franchise that has kind of dominated horror for a good long while and been alluded to by many other movies. Plus, the idea of a person being able to strike at you in your dreams is horrifying since the fact is that human beings can’t go without sleep indefinitely. Some people might try to con you that they can sleep for small increments at a time and function, but eventually a human body will crash without enough rest, and in a movie like this that means that waking up might not be an option any longer. It is kind of amusing however how Freddy was initially a straight-up slasher when he started out, but became more of a trickster as the movies kept rolling on.

From this decade on the horror and gore just kept coming as we all know.