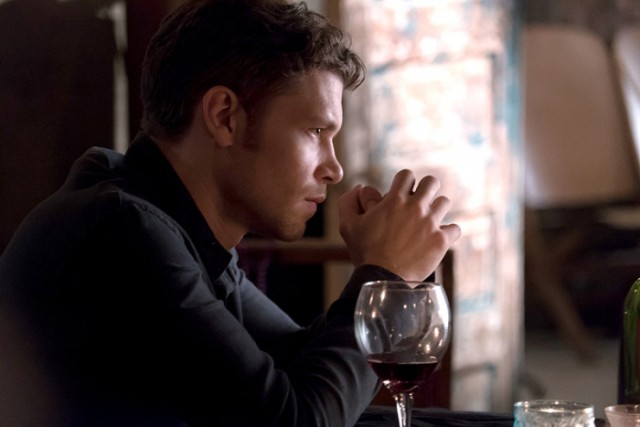 After a super slow start to the season, The Originals finally feels like it’s picking up steam and returning to its glory.  Alliances – however questionable – are formed as the true foundation of the Mikaelson family remains stable after a somewhat aggravating end to last week’s episode.

It would appear that Klaus and Elijah hashed out their differences and ultimately decided they need to stick together now more than ever.  Ultimately they plan on taking out their progeny before this silly bloodline war they concocted escalates any further.  In order to do so, they split up.

Klaus spent this entire day with Aurora, fleshing out where her loyalty lies.  He might be full of himself by conveniently having painted her portrait in his bedroom many moons ago before bricking it over, but it was a smooth move nonetheless.  Klaus will never fully trust anyone, period.  He has to pick and choose his battles and now he comes to see he has to trust Aurora in some regards because she has control over Rebekah.  (More on her in a bit!)  Aurora doesn’t even have a problem with Klaus anymore.  As it turns out, the only Original any of the progeny have a problem with is Elijah.

Last week it sounded like Elijah only compelled Aurora to stay behind and thereby break up with Klaus.  The fact that Klaus seemed mad about that pissed me off, but the real truth of the matter is Elijah was compelling Tristan and Lucien as well to stay behind and act as decoys for Mikael.  Apparently they were on the run for over 100 years before this compulsion wore off and they realized they lost that chunk of their (undead) lives.  Now they want revenge.

We even got a more specific answer for their exact plan of retribution through the subplot that brought Cami’s family history back into play.  Lucien needed her to find a particular dark magic medallion that he’ll need Davina to activate.  If and when he can get her to do so, the Original vampire siblings will be trapped forever in some sort of magic vortex, probably similar to the idea of the phoenix stone.  This idea doesn’t explain how their physical bodies would just vanish either.  Anyway, Lucien won’t have to do much persuading to get Davina to comply so here’s to hoping Cami’s keeping secret notes for when her vervain wears off and she’s compelled to forget all she’s learned.  That, or maybe Will Kinney will be immune to his compulsion and he’ll remember everything Lucien did to him.

Just when I was starting to wish for a spin-off of the drama-free Mikaelson witch sisters, Rebekah is killed.  Wait, what?!  It’s twists like this I’ve missed.  We got the answer as to what happens in such an unprecedented occasion that an Original in her witch body is killed will automatically wake up in her vampire body.  Claire Holt is back!  Maybe not for long, but with the way this show goes, she won’t be staked forever.  It is a shame she fell for such an easy set-up when she was so close to getting a spell to bring Kol back.  At least we know the spell does exist, and there’s still one powerful witch on their side.  Freya’s projection powers are pretty cool.  The fact that she was able to temporarily take out the crowd of vampires surrounding the then-witch Rebekah was impressive.  Like I said, their little catch up over drinks even though they were halfway across the globe physically was the coolest thing.  So nice to see the sisters have been keeping in touch all along.

My only real complaint lies with Marcel.  His incompetence was ridiculous.  We don’t know the full extent of this Shen-Min character but when Elijah’s so insistent that he rips his heart out while he has the chance, you better do it.  He’s a notorious character from their past for a reason.  Marcel dilly dallied on the phone with Elijah when he could have easily prevented that near-fatal call for both him and Hayley.  Elijah had enough time to quickly pop in on a projection to see Rebekah with Freya and still just make it back to the church in time to save both their lives.  Marcel seems so lost in the shuffle of all these new characters and the Strix, especially.  Either he needs to step it up or he’ll be a goner.  I bet he’s already regretting joining the Strix now that they learned of their involvement with Rebekah.

Next week is Thanksgiving with the Mikaelsons!  For the first time all season, I’m actually looking forward to the next episode.

What did you think of “Beautiful Mistake”?