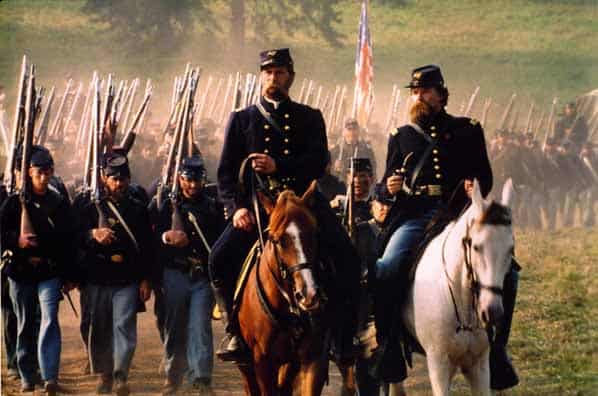 You don’t have to be a history buff to enjoy a good Civil War movie. The American Civil War began almost 160 years ago, but the silver screen is still paying homage to that era of the blue and the gray. Why not? It was, after all, a huge turning point in this nation’s trajectory in values, ideals, and morals. It can even be said that that era redefined how warfare can be turned into an industry.

Hollywood has captured America’s bloodiest conflict (yes more American casualties than WWI and WWII) and transferred it into on-screen art. Let’s take a look at the best Civil War era movies in terms of both historical accuracy and entertainment.

Including the 5 Academy Awards it won and an all-star cast of Morgan Freeman, Denzel Washington, and Matthew Broderick, Glory can hold its own against any Civil War-based film in terms of both entertainment and historical accuracy. This movie is a fictionalized drama based on real events pertaining to the creation of the first African American regiment raised for the Union. It realistically depicts how Civil War combat was graphically fought, and the fact that not all northerners empathized with nor respected African Americans’ plight for freedom and equality in a war that was partially being fought to free the slaves of the South. It will be challenging not to get in your feelings watching this film because there is a significant emotionally-charged aspect to it. This movie encapsulates the major contributions and sacrifices of black soldiers to the Union’s war effort and is beautifully done overall.

Based on Michael Shaara’s Pulitzer-Prize winning novel Killer Angels, Gettysburg addresses some of the major players of the battle, emphasizing key events such as “Pickett’s Charge” and “Little Round Top.” If this movie wanted to detail all of the happenings at that battle, this 4.5 hour movie would’ve turned into a 9.5 hour movie. But for 4.5 hours, viewers get a pretty accurate idea of what it looked like to have literally thousands of men on a battlefield at once all firing at each other. This film includes some big actors (Martin Sheen, Stephen Lang, Sam Elliot and Jeff Daniels), and was extensively researched by professional historians for authenticity, thus giving the audience a comprehensive understanding as to why the Battle of Gettysburg was so pivotal.

As a primarily Confederate-focused movie, Gods and Generals zooms in to the rise and death of the famed Confederate general Thomas “Stonewall” Jackson. The movie is set in the years of 1861 through 1863 and does a good job of illustrating the multiple reasons for Southerners to secede from the Union and join the rebel army (beyond slavery). This is important because the movie helps educate viewers on the historic fact that not every Confederate soldier was fighting in the name of slavery.

Another Civil War epic focusing more on romance than combat, much like Gone with the Wind, however Cold Mountain has got the star cast of Jude Law, Nicole Kidman, RenÃ©e Zellweger, and Natalie Portman. In the closing months of the war, a wounded soldier (Law) deserts the army and begins his odyssey back to his beloved sweetheart (Kidman). The interesting facet of this film is that it incorporates realistic tribulations of that wartime period experienced by both soldiers and civilians. What does a small town look like when it has contributed all of its able-bodied men to the warfront, leaving the women of the town to work the land and tend to their homes all by themselves? Well this movie portrays that reality quite accurately.

The dynamic duo of director John Ford and lead actor John Wayne team up in their first movie entirely focusing on and occurring during the actual war itself this time instead of adding a wild West element to it. Taking place during the War’s Vicksburg campaign (1863), the film focuses on a Union calvary detachment infiltrating beyond enemy lines and disrupting a Confederate supply train. This is a lesser-known reality during the Vicksburg campaign, but a historical happening nonetheless, which adds a new aspect to the Civil War on film for viewers.

John Wayne has been the archetypal “man’s man” on the screen, so it’s only fitting that this movie is mostly a “men on a mission” adventure with drunken Irish sergeants, boy soldiers spanked on the battlefield, and John Wayne wittiness and pistol pageantry.

Directed by Martin Scorsese with a cast of heavy-hitting names, such as Leonardo DiCaprio, Cameron Diaz, Daniel Day-Lewis, and Liam Neeson, Gangs of New York is certainly the most star-riddled movie set during the American Civil War. This film deals with the immigrant experience of being in New York City in 1863. Looking beyond the street violence, tears and passion play of a couple of young Irish immigrants (DiCaprio and Diaz), Scorsese accurately captures the Nativist movement in New York at that time where a sect of the city was anti-immigrant. Massive draft riots and racial violence also historically occurred to the point where the Army was brought in to fire upon the citizens and quell the mayhem. This one is worth the nearly-3 hours of viewing and accurate portrayals throughout the movie.

Who isn’t familiar with one of the oldest Civil War-based films in cinematography? The movie follows Scarlett O’Hara, a strong-willed spoiled Southern belle and her chivalrous gentlemen suitor, Rhett Butler, as they do the romantic tango through a Union siege of Atlanta and the Reconstruction period. The movie’s accuracies of the war include Confederate blockade runners, carpetbaggers bribing freed slaves for their votes, and most notably, how Southern civilians felt the direct effects of the war disrupting their everyday lives.

Most renowned for being a spaghetti western, this epic takes place on the Western front of the country during the war. In addition to the phenomenal characters of Clint Eastwood et al. and a gripping inspired-by-true-events storyline, audiences get to see a rare glimpse of the fringes of the Civil War occurring in a wild West setting.The mercenaries of this movie get involved with both sides of the armies as they gunsling and ride off into distances all in search for lost Confederate gold. Excellent soundtrack too.

Based off of Stephen Crane’s novel The Red Badge of Courage, the adaptation of the movie remains faithful to the book’s central focus on what courage under fire really meant to the average soldier. Through the main protagonist, a youthful Union soldier, the movie explores the themes of maturity, duty, and cowardice during wartime. During the climax of Napoleonic military tactics (line up shoulder to shoulder and fire your weapon), it seems very accurate for the protagonist endeavoring to cope with the ferocity of combat under those circumstances. This movie focuses on the emotional psyche of soldiers in battle, rather than the romanticized vision of glory perceived to be obtained from it. 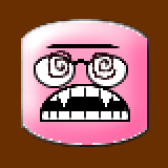 Jordan plants seeds and spreads light with the ultimate goal of elevating our collective consciousness. As a West Coast-based human who has worked for the Walt Disney Company, Cleveland's leading business publication, as well as an advertising agency, he is currently directing his life in accordance with his own philosophies, incorporating an energy-based spirituality into all that he focuses his consciousness on. His current projects include freelance writing, compiling content for a book (dealing with metaphysics, conspiracies, ETs, and energy-based living) , and a TV show about expeditionary remote viewing. When he's not doing the above, he's reading non-fiction and graphic novels, obsessing over everything Star Wars, or educating himself.