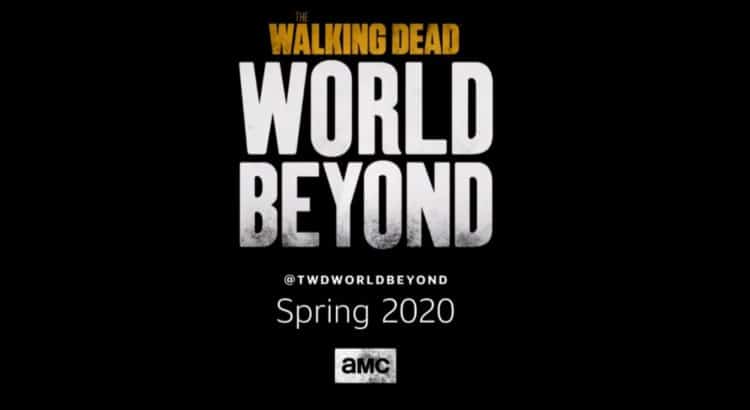 It would appear that something needs to be done to keep The Walking Dead afloat and it could be that a spin-off might be the way to go, though at that point it would almost seem that admitting the main show is kind of going nowhere is reason enough to bring up another show in order to keep people interested. The success of Fear the Walking Dead might have spurred this on, or it might have been that someone was finally thinking and decided that branching off would be a good idea again since the main show just isn’t pulling in as many people as it used to. No matter what folks think of the original show it was without a doubt time for a change and this could be it. FTWD was a good change of pace since it included a beginning that was slow but built up to something that was eventually seen as popular and came to be valued more than the main show. But this could be something entirely different since as Michael Ausiello from TV Line is indicating it’s taking off ten years after the apocalypse and as you can see in the trailer is focusing on new characters, all of whom have been growing up and coming of age in this new and frightening world.

You can see this in the main show as well, the absolute horror and uncertainty that any kid would have to go through coming up in a world where survival is a continual and unending thing since to be anything but vigilant is to court death at any moment. That would mean that learning how to be tough, resourceful, and knowledgeable about the world around you would be a necessity, not a luxury that people could take or leave at their leisure. How many people do you think would survive in this day and age if they didn’t have their phones, their laptops, or even the ability to feel safe if they walked out their door? Justin Abarca of Buzzfeed has something to say on this matter. Of course that answer is going to be that a lot of folks don’t feel safe in this world, but in a zombie-filled post-apocalyptic world it would only be worse, especially since it’s been seen in the shows and movies that some people will band together and do the best they can for each other, while others will turn on their fellow human beings and feed them to the zombies. That seems to be the commentary on human nature in these shows, that it will manifest in a few different ways that will complicate matters between those that are just trying to survive. After all we’ve seen it in The Walking Dead and FTWD quite often, matters aren’t always so simple as people want them to be, and sometimes they’re simply too complicated when simplicity is the necessary key to make things work.

It is interesting though to think that perhaps we’ll see that secret organization that Jadis was speaking to, if that’s the plan. Maybe it could also be a link to where Rick was taken and an explanation of how things went down on another end when the apocalypse hit. In any case it’s going to be another direction for the show to go and even better, it will continue to fill out the world as it exists in this story, meaning we won’t be continually focused on just a couple of locations any more. Whether we’re ever going to get The Walking Dead as a movie is something that peopel are likely going to debate for a while as plans are made, changed, and pushed forward at what seems like a snail’s pace. The wheels don’t turn as fast as some people would like but they do turn eventually and hopefully one of these days we’ll see something develop. Until then however it’ll be enough to wait and anticipate this coming show when it hits this next spring. Seeing Julia Ormond in the trailer was kind of nice since this will add yet another familiar face to the melee and perhaps give us someone else that we can like or love to hate, depending on what kind of character she’s given to portray.

Overall The Walking Dead isn’t really a sinking ship, but it’s definitely listing badly to one side and is in need of something that can revive it and pull the show out of its funk, if in fact it means to keep going. In the meantime it might be best to focus on the spin-offs and see just what else is out there in a world overrun by zombies and people that are willing to toss their fellow humans to the horde. The mere idea of growing up in a world like this is spine-chilling, though it’s bound to toughen a lot of people up in ways that some folks these days can’t comprehend.