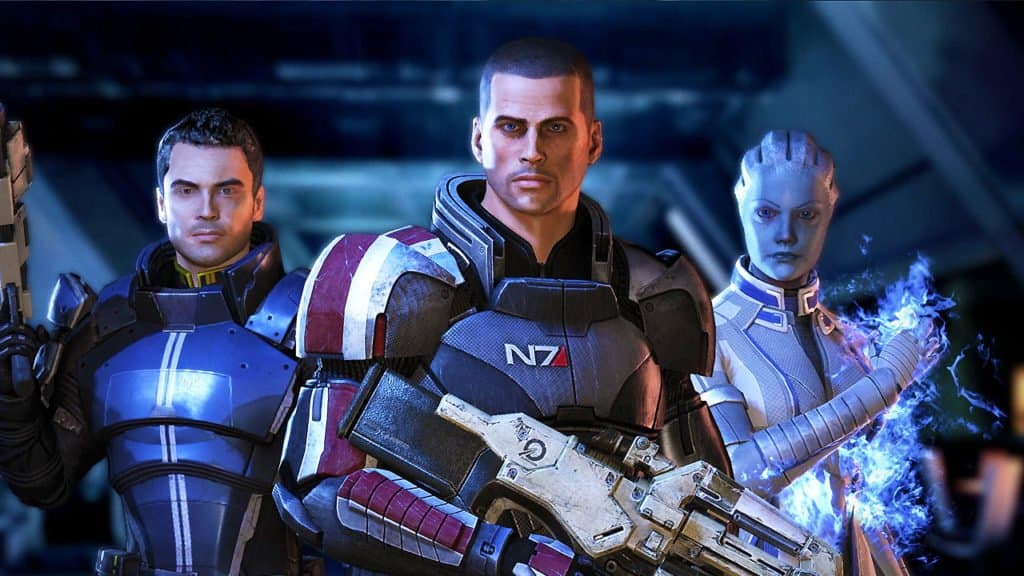 There are a lot of factors to consider when trying to turn a video game into a movie or a TV show, and while it sounds as though the idea to turn Mass Effect into a TV series has divided the fanbase, it’s likely that it might happen if more than a few of those factors can be settled in order to make it happen. Mass Effect has been one of the more popular games among fans for a while now and the fact that it’s even being considered for a TV show is making a lot of people very happy, but it’s also making some fans a bit leery of what could happen. One of the most obvious worries comes from the fact that many video games and comics that have found their ways to a TV series or movie have often been mangled beyond belief in one way or another as the overall story has been changed, the characters haven’t been adhered to as much as the fans would like to see, and the directors have gone on to complete their own vision for the story rather than pull from the source material.

Such concerns are valid since they’ve occurred more than once, but another issue with Mass Effect is that the game does focus around a central character that is played by the gamer, and while the central character does have a name, the gender of the character is up to the player. What this means is that many believe that if ME does become a TV show that it will end up alienating one part of the fanbase or the other when it comes to naming a central character. This concern doesn’t feel like it’s that valid when spoken out loud, especially in this day and age when the lead characters are considered great if they can help further the story rather than just BE the story. To better explain, the story should work regardless if the main character is male or female, so long as the overall narrative is able to capture the attention of the audience and hold it throughout the series.

Any other concerns are bound to involve the actual storytelling elements that go into this type of project, since as it’s been witnessed over and over, too many producers, writers, and directors feel the need to tamper with the stories they’re given now and then and end up alienating the fanbase anyway. The idea of creating a show or movie based on a video game doesn’t have a stellar track record since many fans can go back and look at the various representations that have been put forth and point out where each one went wrong. Some would say that the directors or even the actors should immerse themselves within the content for a period of time to make certain that they fully understand the characters they’re taking on and why they’re important to the story. While some manage to do this without any issue, many others have gone on to act in a movie without any real idea of who their character is or why it would matter. Actors doing this is one thing since it’s easy to think that they can read a script and feed off of their costars, but directors taking a story and switching it up feels like a great deal of arrogance when it comes to their attitude toward the movie or show.

But overall, the fact that ME could be getting its own series is exciting enough that a lot of fans are of the mind that it doesn’t matter so long as the story is seen on the screen in roughly the same way that it’s seen in the game. That’s another concern to be honest since once again, the type of gameplay that ME takes on is the kind that depends quite a bit on the player and how they fashion their own interactions with the programmed story. Not everyone that has played ME has done so in the same way. The programming is, of course, impossible to get past, but the fact that one can be a male or female character does open up a lot of room for interpretation, and for the storyline, since the fact is that the story would be in the hands of the director and the writers by necessity thanks to the way the game is played. This wouldn’t really be negotiable since otherwise there’s not much to go on other than the overall story, without the input of the main character, since every player is bound to react differently.

But there are likely many ways around this and there’s no doubt that ME could be an interesting show. Now all that remains to be seen is how and when it’s going to be made.