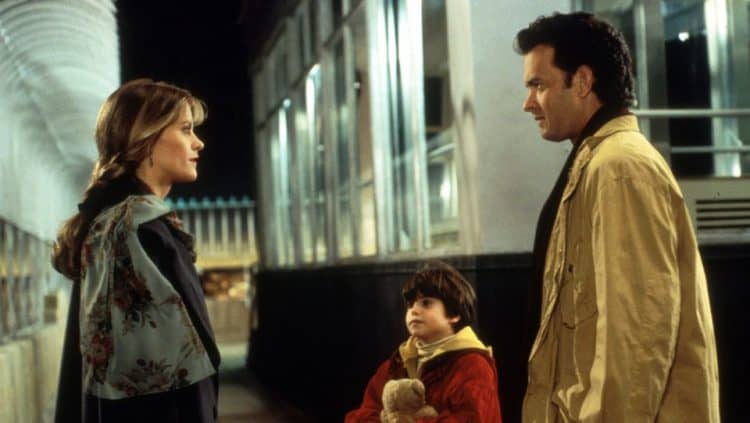 Romantic comedies in the 90s were everything from awkward to a blast from the past since they were the kind of playful, soulful movies that made you believe in true love and at the same time realize just how crazy it could make you. Some of these movies went so far over the top that many people felt their jaws ache from laughter while others had moments so touching that you couldn’t help but feel the tears come at certain points. The 90s could be said to be all over the place when it comes to many things, but the movies were something else since honestly romantic comedies didn’t always stick to just one script until it came time for the main love interests to really get together. Then it became a great deal of sap and not much else, though thankfully with some of them it was still a good time since the hilarity never really stopped, but was just put on hiatus for a minute or two.

Here are some of the best rom/coms from the 90s.

You might call this one cheating since it was a return to the 80s in one of the most hysterical ways, but it still stands as one of the best comedies of all time since it was before Sandler’s humor started to get kind of watered down. The whole movie is nothing but 80s and some of the most outlandish things about it such as the hairstyles, the clothing, and of course the music. But this is also what made it great since it reminded us just what the 80s were really like and why, in part, we’re glad they came and went. But it also reminded us of the good times and the things we took for granted back then, and why it was an important decade when it came to relationships.

4. There’s Something About Mary

This movie really took the ball and ran with it so to speak. The amount of slapstick in this film is something that’s kind of rare anymore since it thrived on the whole idea that physical humor was what people wanted to see. You can kind of feel for Ted since he thought that his dream girl was lost to him up until he finally got to meet up with her again. But then it turned out that just about everyone that had met Mary was in love with her and the only guy that really loved her, Ted, was the guy that was willing to give her up and let her be happy with whomever she chose. Of course karma, and the writers, were both bound to make sure that Ted got to have a happy ending.

The rags to riches stories didn’t end with the 80s as you can see since the story of a very rich but lonely man that needed companionship for the night is a tale that a lot of people know by heart and still enjoy to this day. Edward and Vivian didn’t exactly make a perfect couple at first but as time went on and he began to see her as a real person and not her profession, and she came to realize that he wasn’t a cold, dispassionate businessman just looking for a thrill, they finally came to understand that they were both better than what they’d perceived each other as. Love comes from a very strange place sometimes.

Long distance relationships are something that a lot of people would gladly speak out against since they never work, but trying to hook up with another person long distance is something that some people would and have done. It’s a rather difficult thing to be honest but it’s still possible. The only trouble is that you really didn’t know back then just who you were talking to and what they were going to be like. Phones were still a possibility but if you remember the technology still wasn’t what it is now and Skype hadn’t been invented yet. Plus, people still didn’t fully trust one another until they met face to face.

It does seem a little unfair that one daughter couldn’t date until her antisocial sister decided to go on a date. Their father loved it since he didn’t have to worry about them going out with boys and could keep them well within his sight, but even he relented after a while and had to face the fact that they were growing into young women and he couldn’t keep them penned in any longer. But a parent is still going to be worried no matter if they let go of that control or not, as it’s simply natural.

Romantic comedies in the 90s were a lot of fun, no doubt.