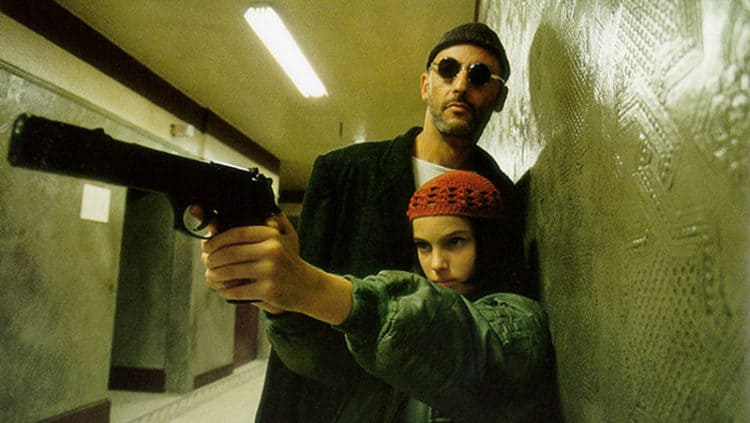 The one-man wrecking crews of the 90s weren’t quite the same as the 80s, as the body counts went down a bit but the level of difficulty definitely went up since less movies were about the smash and grab technique and were starting to show that one person couldn’t really go in and tackle an army on their own. Some movies opted for lower body counts and more expertise while others just lowered the body count while upping the action and destruction, which obviously met with a lot of fan approval in some cases. Whether it was because of excessive violence and gore or because it was starting to cost too much (extras and materials aren’t cheap by the way) is hard to say, but the 90s toned down the number of kills in a big way while keeping the level of action right where people wanted it if they didn’t increase the danger and add in a few more interesting twists. In a way this decade was known for being aggressively edgy and pushing boundaries that other decades had played with but hadn’t fully crossed into just yet. To be fair the 90s movies had their share of faults, but at the same time they were great in that they really forced cinema into a new train of thought that continued to bring the pain, and the noise, in a way that made it clear that things weren’t slowing down in the least.

Here are five of the best one-man wrecking crews from the 90s.

Quaid wasn’t exactly a madman when it came to racking up a body count, but suddenly learning that you can take on and take out several individuals all at once has to be a little disorienting, but even worse would be finding out that everything you’d known was a huge lie would be even worse. Quaid might not have had full access to his own skill set throughout part of the movie, but at the very least it came to him when he really needed it, kind of like an insurance policy that paid out immediately whenever he needed it to. Whether it was all a dream or not was left up in the air, but a lot of people find it easier to think that he was where he belonged in the end.

Without Robin or any of his other Bat family in the picture, Batman is a definite one-man wrecking crew that has the tools and the skills to take out a good number of thugs on his own. It’s even feasible that, with enough time to plan, he might be able to take down a group of super villains without too much trouble, though given how different a lot of his villains are that might take more planning time than some of them would be likely to give him. More often than not though is training, his ability to think on the fly, and the fact that he’s almost always ready for just about any situation is enough to think that he’s bound to come out on top.

Simon Phoenix is the mad-dog type of killer that will likely laugh as he stomps your face into the pavement and then make a wisecrack about it. But apart from his deranged sense of humor he’s dangerous without any doubt since he was programmed as an expert fighter and already had a propensity for violence. After his reprogramming however he was even more dangerous since he knew just about everything he needed in order to cause as much chaos as he could, including pertinent facts about the world he’d been released into. Otherwise he might have been lost since the world he left behind was far different than it was when he was thawed out.

One great thing that this movie had going for it was that Leon wasn’t invincible, it was possible to wound him, but he was also quick and efficient, and insanely deadly when he really put his mind into his work. He knew how to kill from a distance and how to get up close and personal before the enemy knew where he was, meaning he was a true threat that could strike from any angle he needed to in order to get to his target. The only reason he didn’t create a massive body count is that he wasn’t necessarily a villain, but someone that had been taught to kill without a great deal of mess and targeted only those he was contracted for.

The 90s still gave us heroes that could somehow defy the odds as Chance Boudreaux was able to take on groups of assailants at a time without suffering too much damage. Of course he didn’t take on armies on his own, preferring to play the game of cat and mouse with a group of killers throughout the streets and other areas of New Orleans as he sought to escape and take the fight to them on his own terms.

In their own way the 90s were altering the landscape for action heroes, as was evidenced by a few key factors.