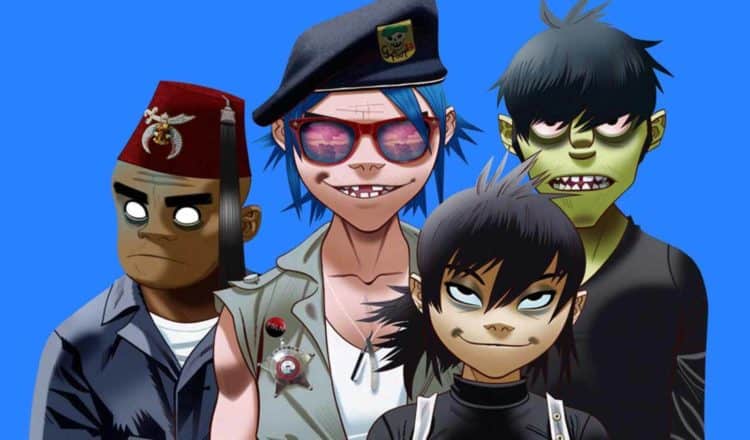 The Gorillaz have got a definite sense of style that is confusing to some and endearing to others since it goes well beyond the norm and descends into a madness that’s part of their own making and their representation of the world as they see it. In a way they were inspired by the fact that watching MTV back in the day was kind of like watching a random and chaotic mess that hardly ever resolved itself into something solid enough to grasp. Their songs were in a sense a take on that element and they succeeded in a big way since they’ve been around for a couple decades at least now and are still at it. They’ve won a good number of awards and even denied a nomination for one of them in the past. To say that they’re different isn’t an insult, it’s more like a badge of honor to be honest since it’s something that sets any musician apart in this day and age.

Here are some of their best songs to date.

One thing about the Gorillaz is that there’s really only one core member that sticks around for any period of time and that’s Damon Albarn. He and Jamie Hewlett came up with the idea to form the group but over the years members have come and gone and the only thing that’s really remained constant is the 2D animations that have become a hallmark of their videos. When they first started coming out people weren’t really ready for them, but after a while it became evident that this was simply how they’d opted to present their music, and it stuck. While some bands resort to animation once in a while this has really worked for this group.

The feeling this group gave to the audience in the beginning was something that took a little while to really get used to, but when the 90s came around it was the perfect type of sound that people could dance to, groove to, and that they wanted to hear. A lot of folks had no idea what the lyrics were saying or what the videos were supposed to mean, but as they picked it up eventually they came to understand what the Gorillaz were all about and could therefore turn away if they didn’t agree with it or get into it even further and really enjoy it. Some people simply liked a couple of songs for the way they sounded.

One obvious use for the songs that the Gorillaz put out were movies and TV shows. They have plenty of credits for a few of their songs but it’d be hard for anyone to really pick them out since like so many others their uses come and go when it comes to the big and small screens. In truth they’re usually better when you hear them in a club or on the radio since you can get into the music and not worry about what it’s being used to highlight. In some way the music is complex enough that it pays to listen and to really get into it, but in others it’s simple enough that you can just feel it and go with the rhythm.

The manner in which the videos are constructed and laid out is what draws some people to the music since they do have a rather unique way of telling a story through each cartoon. The whole idea is that the song is the story while the video is the canvas and it’s up to the audience to really figure out what’s going on. A lot of people have been able to do this throughout the history of each song and it’s come to the point that each track has been simplified enough to know what’s being said. But for newcomers that are just getting into the music it’s still something of a mystery that many are willing to let them figure out.

This was one of the very first songs that got them known and managed to reach a great many people based on the way it sounded, what it said, and how it affected the audience. It wasn’t much really, but it was enough in the way of being entertaining that it gripped a lot of listeners and made them want to hear more since it was so well-done and didn’t challenge them in a way they couldn’t understand. The Gorillaz aren’t exactly high class when it comes to music but they’re well removed from the trashier songs that some people like but don’t really register with big audiences. In short they’re a great band to listen to if you just want to chill and vibe to something cool.

Hopefully they’ll be around for a while to come.