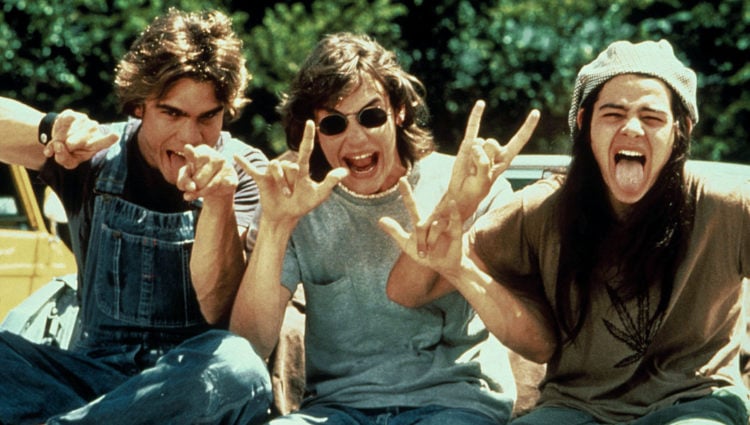 While the 70s waited for a long while to give you the feel-good moment, and the 80’s kind of sprinkled the movie with it, the 90s were known for trying to full integrate that feeling throughout the whole movie. It kind of made for a cheesy film sometimes but when it worked it was great since it gave the film a little more body and a little more of a push for those that loved feeling this way and fully enjoyed the rush it gave them throughout their time in the theater or while watching it on TV. It does make for a few eye-rolling moments here and there but even then you can’t deny that it’s something that is worthy of watching since the feel-good moments had to contend with the edgy and sometimes more raw situations that they were being thrust against. In other words, the 90s were all about mashing the stuff together and seeing if it worked, which it did sometimes.

Here are some of the best feel-good movies of the 90s.

There’s plenty to feel good about in this film since there’s a lot going on and a lot of character development that has to take place before the final scene. Some of it’s pretty rough and raw as the 70s were kind of a hard time to be a high school kid thank to hazing and all other sorts of pressures that came their way, but the general idea was that being a kid was still about having fun, making choices that weren’t always the best, and just doing whatever it took to get along. It wasn’t a perfect time but it seems like it was a lot more fun in some way than it is now since there was a great deal more freedom than kids seem to have in these days. Of course that’s a matter of perception.

This feels almost like the Bad News Bears a couple decades later and if the Bears played hockey. Plus, Gordon Bombay is a lot more successful than Buttermaker ever was and yet still has the same challenge of making a losing team into winners. His first attempts of course aren’t all that great since he knows how to cheat and how to scam but not how to fight fair. Once he gets back to his roots though, to the person he was before he became a bigshot, Gordon finds the love for the game that was so important in the first place and decides to pass it off to the kids he’s trying to teach. The results are obviously overwhelmingly positive.

Forrest Gump is about as touching as it gets but it gets the third spot largely because it was one big cheeseball movie from start to finish. There’s nothing wrong with it but the movie did manage to wring a lot of tears from a lot of people and get quite a few laughs. If anything it gets the third spot because it wasn’t quite edgy enough as a lot of 90s films cam out and decided that instead of the soft and padded feelings that some other decades had decided to go with it was time to find the hard corners hidden by the padding and allow the audience to fall on them a time or two just to feel the pain that the characters were feeling. Forrest Gump had this, but it still had an abundance of ‘padding’ to cushion the blow.

Phil was just a miserable person. He loved himself but he hated himself. He loved his job but he hated having to do it sometimes. Yet for all that he loved Rita even though he didn’t know how to express it for the longest time. It kind of makes you think how many times he had to relive that day to do everything he learned how to do and accomplish so many things. It had to have taken close to a year, right? But throughout it all he did learn a thing or too about humanity, and while there was plenty of edge to this movie there was just enough energy left over to pull it back and make it into something that people would enjoy.

You might be cocking your head and wondering how or why this movie got the top spot, but it’s pretty simple to explain. This is something people can relate to. There’s not a lot of chance to feel good about being stuck in a cubicle day in and day out, but it’s possible to feel good about the ability and the chance taken to escape and start writing one’s own destiny finally. It’s a messy, sometimes destructive practice, but it’s a lot more liberating.

Can you guess how the 2000s feel-good movies are going to go?