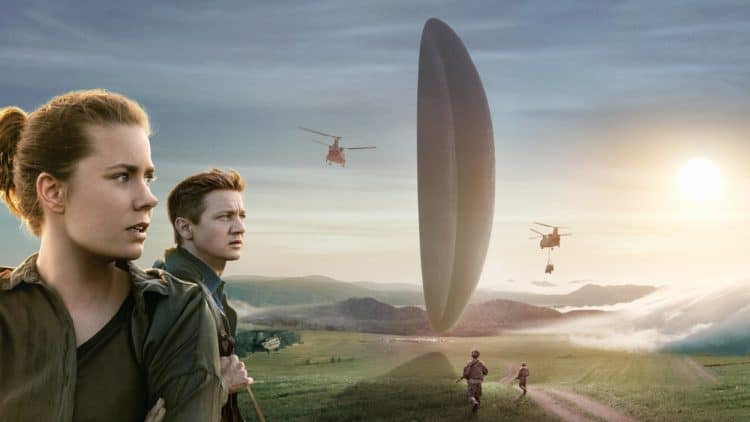 Alien movies in this current decade seem to be getting both more and less complicated as people are either wanting to see something that is so far above our own intellect that they’ll pay to see something that confuses the hell out of them for two hours, or simply want something that will give them the kind of action and mayhem that they’re clambering for. In some cases either extreme can backfire since it’s really dependent upon whether or not the film is balanced enough to satisfy enough people. But overall some movies do manage to deliver what people want in a big way and are therefore among the favorites of the decade. It’d be nice to say that there’s an alien movie that everyone likes, but then some folks don’t like alien movies to begin with so that’s a no-go right from the start.

Anyway, here are some of the best alien movies of the current decade.

The premise that time is a loop, or that it is non-linear in any case, is a very strong component of this film as the humans’ interactions with the aliens leads one to believe. Some people loved this since it suggests that language is the most powerful tool that can be used to unite and help others, which isn’t altogether false. But of course when humans are presented with something new that they can’t explain and can’t possibly trust in that regard they do the only thing that comes natural, they attack. Despite that, the aliens are still able to help humanity and allow them to understand why they’re really there.

This film really didn’t get enough credit when it comes down to it. The whole Predator franchise boils down to who’s deadlier, the hunters, or the hunted. So far in the films it’s been pretty even since a one on one scenario has almost always favored the predator but has been won by the human in some inexplicable way. In this movie however when some of the deadliest human beings that earth could produce are lumped together for one massive hunt they show the trio of predators that despite their differences they can be quite deadly when working as a unit. Plus, the whole angle of predators fighting one another is rather interesting as well.

How in the world would you fight an enemy that knows you’re coming and knows how you’re going to attack? That’s what the aliens in this movie are all about, they know how to peer into the future and see what the humans are going to do. When Cruise’s character acquires the same ability however he has to keep dying in order to learn from his mistakes so that he can help humanity fight back and finally take their world back from the aliens. The only thing is that once he does manage to kill the central brain that controls the aliens he’s sent back to the moment at the beginning of the story, thereby resetting the clock once again.

No, this wasn’t a remake as most people should know by now, and thank goodness for that. But some folks still didn’t like it since there were apparently a few continuity issues that they didn’t like. Those that couldn’t be explained away were there and gone rather quickly, but those that some might claim were issues are in actuality nothing to get worked up about. In fact most of what went on in this film ties in easily to the original, though of course a lot of people have issues with the CGI as well as the whole story line. If you recall the first movie didn’t move along that fast either, so chill and enjoy. No, that wasn’t a pun.

Some people think the Predator movies are getting better, others think they’re getting worse. Some like the CGI, some don’t. But to be honest the whole CGI issue is kind of moot since the big rubber suits and prostheses are kind of outdated given that something like this would need a very big man to accomplish it. Plus the feats of strength, the special effects, and just the look of the super predator kind of need the CGI in order to make it work. It makes sense to think that the predators are adapting and evolving as they interact with humans and other species, as they’re intelligent beings that have technology that surpasses anything a human might think of. But it’s also kind of disturbing since humans are looked at as game animals to hunt and test themselves against more often, and aren’t considered as enough of a threat to simply overrun.

The alien movies are still rolling out on a regular basis and are getting better or worse depending on who’s talking.