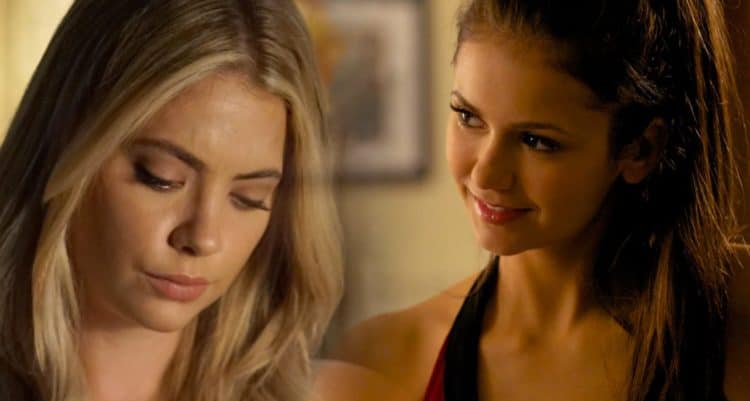 One thing about Lifetime movies is that they can be uniquely touching but they can go way over the top as well since they tend to take on true stories and dramatize them in a way that makes people wonder just whether or not the events really happened. The real-life events that do take place tend to be kind of disturbing since not only do they get shown with top notch actors but they also tend to glamorize a lot of the details and in many ways make people lean to one side or the other when it comes to those that are seen as the protagonists. This of course happens in real life as well but in a movie it’s bound to split an audience when it comes to those thinking that there’s a good reason for things to have happened the way they did while others might think differently and blame extenuating circumstances for what they’re seeing.

Here are five over the top Lifetime movies you should think about seeing.

Lizzie Borden is something of a legend for what happened to her parents and the argument that she couldn’t possibly do such a thing is of course a myth as we know it now, even if people want to continue to argue that women aren’t as violent as men. This might be true, but the case of Lizzie Borden seems to suggest otherwise since there are still people out there that will claim that she didn’t do it and that there was no way that she could. Considering the fact that this happened well over a century ago though one could easily state that there’s no way to really know since all we have to go on are statements, and biased ones at that.

Just about everyone that’s grown up in the past few decades knows the story of the Menendez brothers and how they executed their parents, the only question that anyone ever had was why. Even when it was given a lot of people didn’t want to believe it since the idea of anyone slaughtering their parents like this wasn’t exactly new but it was still so horrific that even contemplating it was beyond the normal scope of a lot of people. The fact that they almost got away with it was kind of horrifying since the planning and execution of this heinous deed is made to seem like something that was done out of necessity.

This is a big reason why some men don’t trust women since a pregnancy pact is something that’s not only dangerous for the girls involved, but duplicitous in trying to secure a man in their lives that’s going to be there to provide for them. Being pregnant isn’t a horrible thing and starting a family is what a lot of people want, but when a person is still in high school the downside of starting a family is that you tend to miss out on a lot of life since you now have another life to take care of besides your own. And of course there’s the risk of losing the father of your child, who might resent being used in such a manner.

A lot of people are still upset about the Casey Anthony case since quite honestly it’s an insult and absolutely repugnant to think that she was let off the hook. Her reputation and that of her family might have been damaged but the life that so many think she took was worth far more than the media coverage she received and even the death threats that came after the trial. This is a case of being able to put someone away for life or even seek the death penalty and then somehow tripping along the way right before the conviction. As I mentioned, people are still easily upset when they hear mention of this case.

1. Flowers in the Attic

This was a story that many people did want their kids to read since it is understandably graphic and quite disturbing considering what happens. The children in this story are actually locked up in an attic while their mother regains her social standing and eventually abandons them. Through one ordeal after another they end up losing a great deal but in the end find a way to escape and to finally reach the world that had been denied them for so long. It does make a person wonder how anyone could be so callous and cruel and actually gets the mind to thinking on whether there are people in the world that are like this. Of course there are, but it’s still hard to fathom.

Sometimes the hardest stories to hear are the ones that have at least a grain of truth to them.