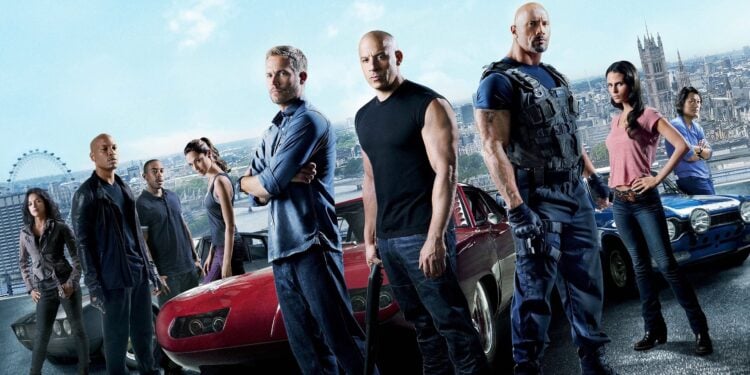 There’s a point when a movie becomes less about the story and more about who’s in it and less about the story, since the famous faces that can be cast in a movie outshine the overall tale that’s being told. And yet, no one cares. This has been proven with the Fast and Furious franchise, as well as the Expendables. If people are willing to deny this then it becomes easier to prove that at the beginning of the FF franchise there was far more story and fewer big names since those who were a part of the movie hadn’t yet become the superstars they are now. Trying to get people to admit this is harder than pulling teeth, but the truth is that as the movies kept moving forward they were able to get more well-known actors, and eventually came to the point where the story could be as ridiculous as possible since the headliners they’d pulled in were the big deal, not the overall story. Seriously, the FF franchise has gone into space, and people don’t care how ridiculous this is. That’s how obvious it is that big stars can make people forget and forgive a lazily-written story.

The Expendables is kind of in the same boat since the novelty of putting so many action stars in the same picture was great to start with, but as the second and third movies came along it was evident that people would want more and more. A big difference here is that the Expendables have focused more on the old dogs of the action genre to provide the thrills while bringing in the younger stars in the second and third movies, such as Liam Hemsworth, Ronda Rousey, Kellen Lutz, and several others became the new kids on deck. Both FF and Expendable movies have managed to bring an impressive cast to the fans, but there’s one problem, they’re overloading their casts and making it tough to remember what the story is all about.

For FF fans it doesn’t appear to matter since many people are simply star-struck and don’t care what’s happening so long as they get to see their favorite actors. When Dwayne Johnson came on the scene the reaction was insane. But the FF series had to keep going with Gina Carano, Luke Evans, Ronda Rousey, Jason Statham, Helen Mirren, and so on until the spinoff, Hobbes and Shaw, decided to add in a few other well-known actors to keep the trend going. The Expendables started with some of the biggest names in action movies, not to mention in the WWE and UFC as they brought in ‘Stone Cold’ Steve Austin and Randy Couture. The Expendables would then bring in Jean Claude Van Damme, Scott Adkins, and eventually Wesley Snipes and Mel Gibson. Many fans would gladly state that this is nothing short of awesome since seeing this many action stars in one place at the same time is a dream come true for a lot of folks. But the truth that many don’t want to admit is that at some point the story begins to suffer since trying to focus on so many different stars and their stories kind of begins to negate the whole idea of the story.

While some people might think ‘boo hoo, the story isn’t important’, it’s fair to say that such folks are more fixated on the stars than on the actual story that helps to drive the movie. To be fair, many movies can benefit from a star-studded cast, but it’s still necessary for the cast to become slightly less important at times than the actual story. That sounds a bit odd, doesn’t it? Why seek to procure the services of the stars unless they’re going to shine, yeah? Well, the fact is that an actor without a strong enough story is just someone that knows how to act, but has no purpose. Without focusing on the story there’s no reason to have the actors there in the first place since no matter how skilled or how popular they are, they’re going to be standing around trying to figure out what to do if they don’t have a strong story to work with. And yet, with enough stars, it would appear that the story can be written in crayon (kidding, kind of) and things will be just fine.

A big cast isn’t a death knell for a movie, obviously, but it does override the story at some point, which has been proven more than once in the recent past. By bringing in so many different egos, and personalities, and focusing on the star power within the movie less than the actual story, it’s possible to convince moviegoers that the story no longer matters. One would hope that this mistake would be recognized and remedied eventually, but with the forward movement that both franchises are experiencing, it’s easy to see that it’s not bound to happen.