Home
Television
The Crown
The Crown Season 5: The Grand Comeback 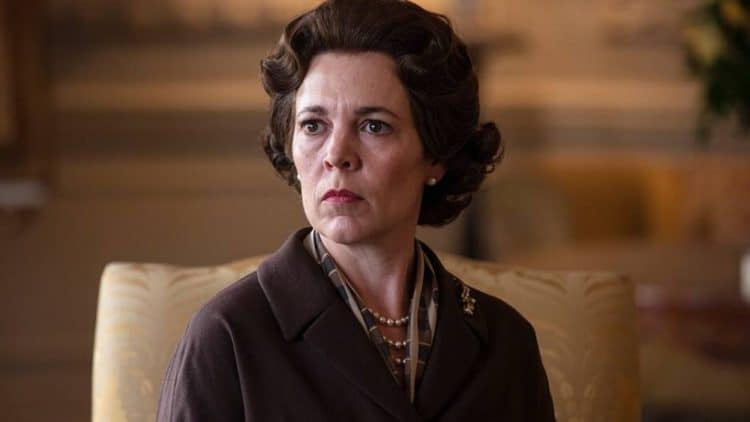 The British monarchy is probably one of the most talked about topics in the world. It does not matter where you are from, people from all across the globe can’t help but be interested in what happens beyond the golden gates of Buckingham Palace. There is just something simply fascinating about the British royal family, whose reign has already spanned 37 generations. Watching the esteemed family go on with their daily duties and celebrate major milestones in life feels like history is unfolding before one’s eyes. The current generation led by Queen Elizabeth II is the most followed. Apart from being the generation that is most exposed to the digital age, the family has also been growing their online presence. Jumping on the social media bandwagon has made them more accessible and relatable to the public. Nowadays, anyone can easily find out what the royal family members are up to, just by a click of a few buttons. Another way the family has become more relatable is because of the hit Netflix series, The Crown.

The critically-acclaimed historical drama, created and written by Peter Morgan (Frost/Nixon), first premiered in 2016. It has currently aired four multi-awarded seasons, and is anticipating another jam-packed season. The storyline revolves around the reign of Queen Elizabeth II, and covers the different periods of Queen Elizabeth’s life, beginning with her marriage to Prince Philip, Duke of Edinburgh. During that time, the young Princess Elizabeth was just getting the hang of being a new wife and mother, when her father falls gravely ill. Princess Elizabeth’s life changes forever when she ascends the throne at just 27 years old. The show portrayed how an inexperienced Elizabeth was suddenly thrown into the lion’s den and crowned Queen of England and Head of the Commonwealth. The weight of the world was literally on her (head and) shoulders.

The first two seasons of the series have Claire Foy (Wolf Hall) playing the role of the Queen. The first season spanned from the late 1940’s to the mid 1950’s, and navigated the Queen’s early reign. The episodes portrayed the challenges she faced as a young monarch, and how she was able to rise above them. The season also depicted important historical events, such as the resignation of Sir Winston Churchill, played by John Lithgow (3rd Rock from the Sun), who stood by and supported the queen when he was re-elected as Prime Minister during her first few years in power. The second season continued through the mid 1950’s until the early 1960’s. Queen Elizabeth is seen to have found her footing, and eased into her role. The season covered main events, such as the Suez Crisis, the retirement of Prime Minister Harold Macmillan, portrayed by Anton Lesser (Game of Thrones), as well as notable state visits, which include that of the Kennedy’s. Some other notable characters who played important roles throughout the two seasons include Matt Smith (Doctor Who) as Prince Philip, Vanessa Kirby (Pieces of a Woman) as Princess Margaret, Ben Miles (Coupling) as Peter Townsend, Jeremy Northam (The Tudors) as Anthony Eden, Greg Wise (Sense and Sensibility) as Louis Mountbatten, Jared Harris (Mad Men) as King George VI, Victoria Hamilton (Victoria & Albert) as Queen Elizabeth The Queen Mother, Alex Jennings (Victoria) as the former King Edward VIII, and Lia Williams (May 33rd) as Wallis Simpson.

Viewers see an older and more experienced Queen Elizabeth, played by Olivia Colman (The Favourite), in the fourth and fifth seasons. The fourth season is set in the early 1960’s to late 1970’s, and covers the two terms of Prime Minister Harold Wilson, played by Jason Watkins (The Lost Honour of Christopher Jefferies). The episodes give viewers an idea of the friendly relationship Wilson had with the Queen. The season also introduced Camilla Shand, portrayed by Emerald Fennell (Call the Midwife), as the love interest of Prince Charles, portrayed by Josh O’ Connor (The Durrells). The fourth season continues on the late 1970’s towards the early 1990’s. The latest season introduced iconic characters, such as Prime Minister Margaret Thatcher, portrayed by Gillian Anderson (The X-Files) and Princess Diana, portrayed by Emma Corrin (Pennyworth). The episodes explored the complicated relationship of Queen Elizabeth and Prime Minister Thatcher, and the tumultuous marriage of Prince Charles and Princess Diana. The other main cast members that completed the two seasons include, Tobias Menzies (Outlander) as Prince Philip, Helena Bonham Carter (Enid) as Princess Margaret, Erin Doherty (Call the Midwife) as Princess Anne, and Marion Bailey (Peterloo) as Queen Elizabeth The Queen Mother

What to Expect from the Upcoming Season 5

The upcoming season 5 introduces a whole new ensemble once again. This time around, Imelda Staunton (The Girl) will be playing the aging Queen Elizabeth. A recently released photo gives fans a sneak peek of what to expect in the new season. Staunton is seen wearing a pale yellow-colored dress paired with the Queen’s signature coiffed curls. Other new cast members to look forward to include Jonathan Pryce (Game of Thrones) as Prince Philip, Lesley Manville (Phantom Thread) as Princess Margaret, Elizabeth Debicki (The Kettering Incident) as Princess Diana, Dominic West (The Affair) as Prince Charles, and Jonny Lee Miller (Dexter) as Prime Minister John Major. There upcoming storyline is reported to tackle controversial issues as well, including Princess Diana’s bombshell BBC interview. The filming of season 5 has already began last July, but fans will have to practice extra patience, as the upcoming season is reported unlikely to premiere until 2022 due to a planned filming break. The long wait will not go unrewarded though, as Netflix has decided to renew the series for a sixth season. Afternoon tea paired with a re-binge watch of the previous seasons sound like the perfect plan.