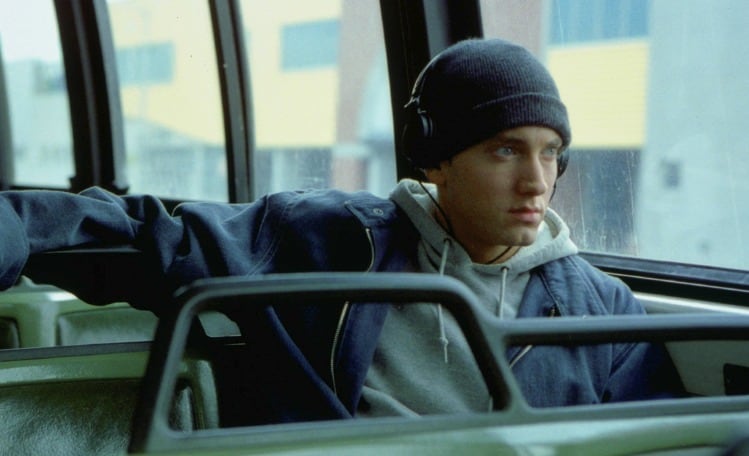 When he first got big a lot of people thought there was something seriously wrong with Eminem, but the truth of it was that he was a lyrical genius that kind of plowed his way through his rhymes in an effort to make everything fit the way he wanted to. There didn’t seem to be a lot of finesse to his music and in truth a lot of it seems kind of angry since he puts what he’s feeling into his work, as many people do. But the genius of his music is that like so many others he’s reporting on the life he remembers growing up and what he sees in the world today, no matter if anyone agrees or not. He’s become one of the legends of rap solely based on the idea that he’s managed to push forward against the current and has largely ignored anyone that doesn’t like him. In that vein he’s been seen as the rebellious and innovative sort that the music industry really needed.

One moment you’re on top of the world and have everything, a great career, a loving family, a nice home, and with one gunshot it can all be taken away. When Billy’s wife Maureen was shot at an award function he lost everything, including his mind for a while. But when he decided it was time to come back and make everyone realize that he was still somebody, that he could still bang in the ring, he went at it with a fervor that was all-consuming as he took himself to new levels that he’d not seen in far too long. The most awesome fact about this movie is that Jake Gyllenhaal subjected himself to the same type of workouts that fighters go through in order to be the best in their sport.

You had to think that one of Eminem’s songs would make this show since he’s been too influential to not be featured in some way. But the song that came out was one that has been kind of iconic for a while since it describes his early life through a fictional role perfectly. Eminem didn’t have the best upbringing or the easiest childhood since he was beaten up on a regular basis and he barely had a stable home, ever. But throughout his life he managed to put all that disappointment and despair into song and delivered it to a crowd that has to this day done their best to relate to him and enjoy everything he brings to the table.

Some people liked this film and others didn’t think too much of it. In some regards it seems kind of wrong to see Venom without Spider-Man around since in truth that’s really where the villain turned antihero got his start. It was kind of cool to see a lady Venom though, despite the fact that it was a very brief glimpse. But pushing forward it’s kind of hopeful that there will be another one, and perhaps Carnage will come around this time, since of course both Venom and Carnage are just as connected as Venom and Spider-Man, even more so if you can recall the comics. Time will tell though.

You kind of have to wonder about a government that would make a device that’s capable of creating another nuclear disaster and then compacting it into the size of a gemstone, and then making a WHOLE BAG of them. It’s science fiction no doubt that made such a thing possible but the idea of a sliver of a tiny stone being able to create a blast the size of Hiroshima when infused with enough energy is a scary thought, especially since you can imagine someone that might be foolish enough to try such a thing. Thankfully it’s a movie and the science behind it is no doubt pure fantasy.

This movie is basically a rough sketch of Eminem’s life as many people already know with some obvious differences. B. Rabbit is the kind of guy that wants a better life and is willing to work to get it but things just keep happening that prevent him from moving forward. He has a steady job but he wants more, he wants to be a rapper but he needs to prove himself continuously to people that either don’t care or are trying to hype him up to those that might listen before he’s ready. There’s a real confidence issue that comes with the character that holds him back, but by the end of the movie he’s just had enough and is ready to rip himself and everyone to shreds to get it all out.

Messed up as he might have seemed coming in, he’s a legend as of now.