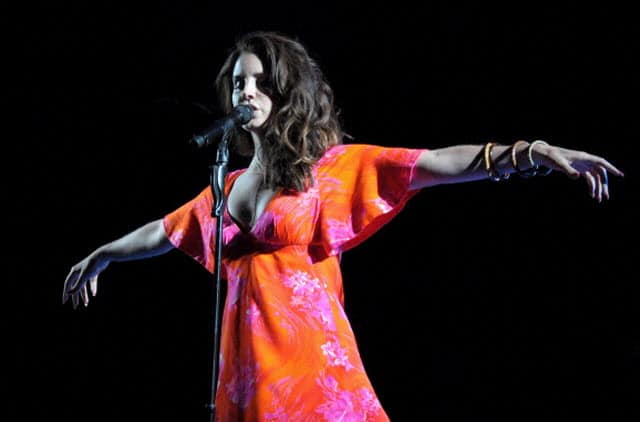 The cool thing about using the word unforgettable for a list is, that can put things into two categories. Both good and bad. You never forget something amazing, and you often never forget something embarrassing or shameful. It is with that thinking in mind that we decided to comb through SNL’s various musical history to find five performances that could be filed under unforgettable. A few are epic and a few are embarrassing, and that is half the fun. Here are five truly unforgettable SNL music performances.

When Nirvana first appeared on SNL in season 17, it was a sight to behold. Kurt’s hair was colored, and the band seemed out of their minds. They took the stage with a sort of punk energy the show had not seen since the late 70’s, and blew everyone’s mind in the process. But there was something underneath it all, too. The hint that this guy was really messed up and was leading a tragic life. You could already feel it. Still amazing to this day.

First off, when Lana Del Ray did her first SNL, the world kind of did not know who she was. She was a Youtube star who kind of took off with a very unique and sad sound. Thing is, she is not a performer. She is not a Lady Gaga. So when she came out, stood in one place, and kind of whispered out a song, people thought it was awful. Now, they have come to realize, that is just Lana Del Ray.

Elvis Costello and the Beastie Boys

This happened on the 25th anniversary special and it was a nod to the most punk rock moment ever on SNL. Up to that moment, Elvis Costello had been banned from SNL for a live performance of Radio Radio in 1977.  He was NOT supposed to play. So this time, when they brought him back, he played that song with, of all bands, The Beastie Boys. Such a classic moment and a nod to real punk rock.

Most people don’t truly respect pop music as an art form. Sorry, we just don’t. So when a pop performer comes out to play SNL “live”, then we find out she is just lip syncing a track, it makes us like the genre even less. That is just what Ashlee Simpson did when she played SNL. Her pre-recorded track glitched, and she sat there, looking like a deer in headlights. She then proceeded to dance one of the weirdest “I just failed” jigs ever, and just walks off stage. They cut to commercial instantly. That is why it is called one of the most truly unforgettable SNL musical performances ever, and not in a good way.

It was 1992. Kurt Cobain had just taken his own life. Pearl Jam come out and do a morose and amazing set that is clearly influenced by Kurt’s death. Kurt even quoted Neil Young in his final letter to say goodbye, and Pearl Jam played the song he quoted. After the performances, Eddie Vedder pulled open his shirt slightly to reveal a black letter K written over his heart. Hard to not get chills even writing about it. Also, should be noted, that was the night Eddie slipped an F-bomb, live on TV, and no one but die hard Pearl Jam fans know where. That somehow makes it even more unforgettable, and a perfect way to end this list.