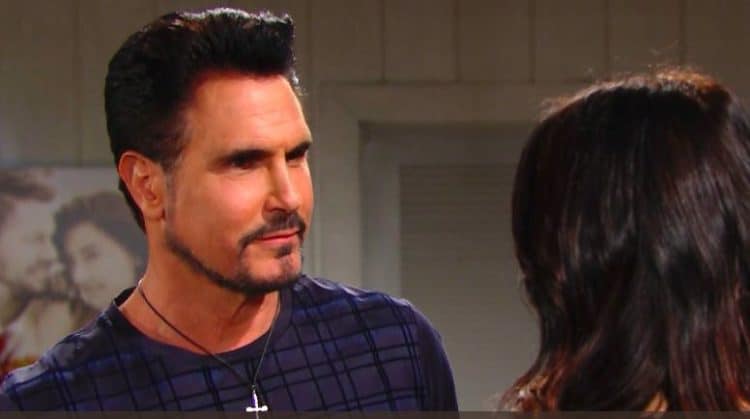 The Bold and the Beautiful fans know a thing or two about villains. Over the years, there have been a handful of people who have come onto the show with the express purpose of making others miserable, and they’ve done a bang-up job of it. We have a list of our favorite evil characters, and we’d love to know what you think of it. Do you agree, disagree, or do you feel we missed someone going down the line? Here’s who we think has done the best job being an awful person over the years, in no particular order.

Old Bill is one of the best. He’s not an original cast member or anything of that nature, but he’s been one of the best villains of modern day soap opera history. Unlike some of the other shows in which the biggest villain is always an older man with a big corporation of his own, Bill has taken the role into his own hands. He’s broken up his own son’s marriage to be with his daughter-in-law, slept with his daughter-in-law, wanted to be the father of her baby, and he’s lied to all his kids and family to keep them doing what he feels is best. He’s killed people, he’s lied, and he’s done anything and everything in his power to get what he wants. He’s an ugly man with an ugly heart, and he’s never loved anyone more than he loves himself.

She’s currently not one of the best villains on the show, but there was a time in which she was. She was someone who would go out of her own way to make people miserable, and she would certainly not hesitate to do anything in her power to hurt someone. She’s kidnapped young men to give her son a chance with their girlfriends. She’s killed people, hurt people, kidnapped people, and lied every chance she’s had. She’s toned it down a bit in the past year or so, and fans are a little sad. She did have a moment following her marriage to Eric in which she did have an emotional and kind-of physical affair with her new stepson, Ridge, while he was engaged to be married to Brooke, but that all ended and she turned into a barely-there kind of housewife without a real passion for anything after that.

She’s had her way with more than one person in the soaps, and she’s a crossover. She’s our favorite villain, though, on the B&B. She’s been around the block more than once, and we like her. She’s got a terrible sense of entitlement that makes us sing with happiness when she’s on screen, and we love to see her plan, plot, and execute. She might not always win, but there was a time when she was the most feared woman in town, and everyone knew to be terrified of her. She came back a year ago to make sure she could get her ex-husband back from Quinn, but it all fell short on her. We still remember the days when she did things like kidnap her own mother and light her house of fire with her inside of it, and that’s what makes her amazing.

Bear with us a minute. She’s not a typical villain, but she makes our list because she’s kind of awful when you get down to it. She’s loveable, sure, but she’s not very nice. The woman will take a husband from her sister, from her daughter, from anyone she can get her hands on, and she will marry him, divorce him, marry him again, and make sure she gets anything and everything she’s ever wanted in the meantime. She’s not a villain in the traditional manner, but she’s the woman you watch out for — because she’s the woman who can and will hurt anyone and anything that gets in her way. She’s not someone you want to mess with at all. She’s the woman who will swoop in and take your husband without a second thought, and that’s what makes her one of our favorite villains. She wants what she wants, and she’s certainly not afraid to go after it with gusto.