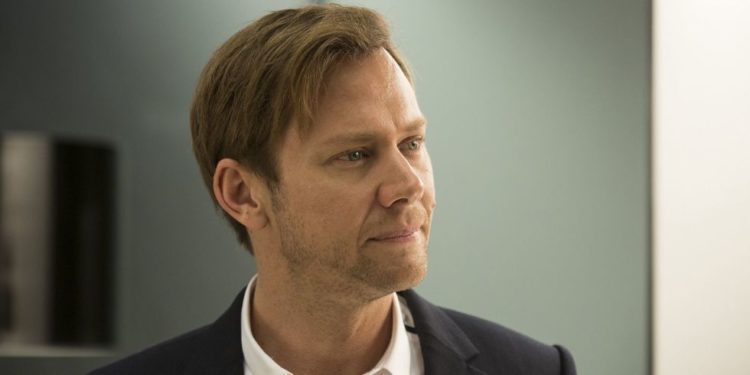 When looking at the many credits that some actors have accumulated during their time in the business it’s tough to think of how many people don’t know the names of these individuals, but it does happen on a fairly regular basis. Jimmi Simpson has been in the business for quite a few years now and at this point has been an established actor that has been given several prominent roles that have allowed him to show off everything from his comical side to starring in horror movies. Jimmi hasn’t always been one of the top-billed stars since he’s been a supporting actor quite often, but this hasn’t stopped him from giving a performance that’s every bit as good as anyone else’s. He’s gained quite a bit of notice over the course of his career as well and has also been one of the many faces that people do recognize even if they don’t know his name on sight. To be fair, that feels as though it might be insanely frustrating since it’s the kind of recognition that’s great enough to appreciate but might be a little bit annoying since being known by sight but not by name could leave the door wide open for people to call a person anything that might come to mind, which means there are bound to be a lot of wrong guesses when it comes to naming certain celebrities.

But really, if the celebrities that aren’t known that well by name are worried about it then it doesn’t show since they’re still living their lives and continuing to have great careers without appearing to be too put out about it. Plus, Jimmi is the kind of actor that feels bound to show up in quite a few roles within the span of a few years, so it feels as though it might be expected that he’d be described as “that guy from that show/movie”. Hell, the first time I remember seeing this guy was in the horror movie Stay Alive. The movie was something that might not have gained a great deal of attention since it did follow a pretty tired formula. A group of people come upon something interesting and decide to check it out. One of them remembers something vaguely familiar about the storyline that introduces the ‘something interesting’ but goes along with the group despite the weird feeling that she gets in the process of exploring with the group. Eventually, it comes down to being able to predict who’s going to die, when, how, and so on and so forth. Jimmi played the part of Phineas, a slightly cynical and less than respectful gamer that loves getting high and loves being his annoying self. As to the ‘something’, it turns out to be a video game that is somehow possessed by the murderous spirit of a countess that once bathed in the blood of her victims to maintain her youth, an old horror idea that a lot of people happen to know about. As the players die in the game, they die in the real world as well, and in much the same way as their avatars are slain as well. The movie wasn’t all that great, but it was decent enough to watch since it was entertaining and had a few thrills in it.

Jimmi has shown up in other areas as well since he did show up in a couple of episodes of My Name is Earl, when he and his on-screen wife, both hillbillies, moved their trailer next door to Joy and Darnell. The fact that Joy was on happy pills and in a state of constant euphoria was the only reason she didn’t go immediately homicidal when the two new neighbors started messing with her family, which made for a few comedic moments, especially when the neighbors’ dryer vent was flinging lint and other objects into their trailer. It was only when one of the neighbors tossed a beer can through the window and hit one of Joy’s kids that she took action, and in the nices and most terrifying way told the two neighbors what she would do to them once the happy pills wore off. Needless to say, the neighbors moved their trailer quickly to avoid finding out just how terrible Joy’s wrath could be. The thing about Jimmi is that he’s not necessarily a comedian, but he can act out a funny scene just as well as anyone in a lot of ways, and this alone is what helps to make him memorable since he can deadpan with some of the best and he can react to those that are being comical in a very convincing fashion. It does appear that he enjoys a wide range of roles since looking at his career he’s stuck to drama quite a bit, but he hasn’t shied away from other opportunities.