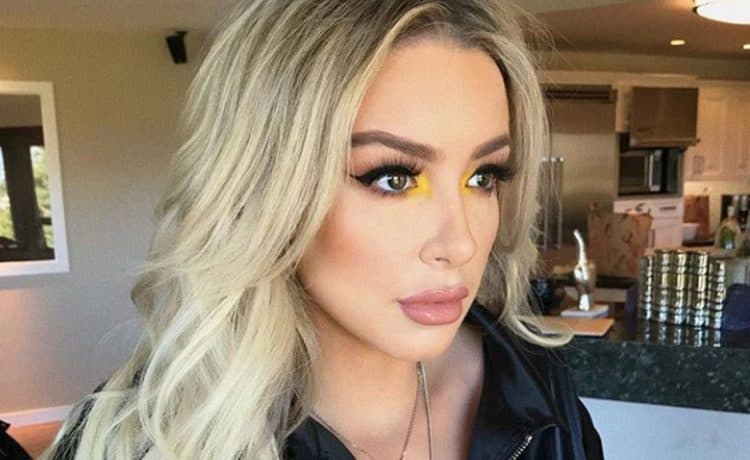 You may or may not have already heard of Tana Mongeau. If you spend a lot of time on YouTube and you’re into rap music, there’s a better than average chance that you already know who she is. You might even be a fan. If that’s really not the genre of music that you spend a lot of time listening to or you don’t spend a lot of time looking at YouTube videos, you may never have heard of her. That being said, things aren’t likely to stay that way for very long. She is by all accounts an up-and-coming star in her own right, so there’s every chance that you will become more familiar with her name as time goes on. For now, you can read about 10 things you may not know about her and find out a few interesting tidbits along the way.

1. She really hasn’t been active on YouTube for that long

She started posting videos to YouTube in 2015. Granted, four years might seem like a long time but it’s really not that long when you consider how much effort goes into making a name for yourself as a celebrity. This is something that most people work at for years, sometimes decades. The arrival of YouTube and other social media platforms has certainly changed the way that people become famous. This is something that she is taking full advantage of and it seems to be working for her.

2. She loves all types of music

If you watch her videos, you will hear her rapping. That’s basically the only genre of music that she really gets involved with from the standpoint of a performer. However, she loves all types of music and has even said that she frequently listens to everything from classical music to Jazz, as well as other rappers. It’s all in an effort to bring something fresh to her own performances. Like most musicians, she has a passion for music that’s sometimes hard to explain.

3. There’s a reason she loves music so much

According to Mongeau, the thing about music is that it transcends the barriers that typically separate people. It doesn’t matter what country you’re from, the color of your skin, what religion you are, or anything else that might make you different from the person next to you. Music is something that everyone can love and understand in their own way and it’s something that everyone has the opportunity to personalize in a very intense manner. That makes it different from most other Performing Arts. It’s also the reason why she loves it so much. When music is involved, you don’t have to do a lot of explaining. You simply let the music do it for you and in the process, you can reach untold numbers of people that you might not have ever been able to reach through any other means.

4. She is not without controversy

You probably could have guessed this one. It seems like most of the up-and-coming people who are making a name for themselves on YouTube have some type of controversy that they’ve either been forced to deal with or are still trying to deal with themselves. In her particular case, it came as the result of a video that she posted regarding rapper Idubbbz, where she told him to do something quite inappropriate in response to something he said which was equally inappropriate. The two got into a feud, to the point that he showed up at one of her personal appearances and began yelling things at her from the crowd.

5. Sometimes it’s really all about how you choose to deal with controversy

There is scarcely a person alive who hasn’t had some type of controversy. Granted, some are definitely more publicized than others but everyone has had someone judge them unfairly or say something about them that may or may not have a shred of truth to it. Unfortunately, this is human nature and it’s something that seems to be getting worse instead of better. As Mongeau herself has pointed out, you cannot control what other people say about you or what they think of you, but you can control how you respond to those things and in doing so, you show the rest of the world how to handle controversy through leading by example.

6. She’s not afraid to state her opinion

She doesn’t just post videos on YouTube where she’s actively performing. She also has a number of them where she’s either discussing a rap performance or some type of issue that she feels is worth discussing in general. Since she has her own YouTube channel, she can basically talk about whatever she wants. While it frequently revolves around a new song or another rap artist, she sometimes brings topics about social issues into the mix. She realizes that she has an opportunity to use her platform to talk about things that are important to her and she’s not afraid of doing exactly that.

7. She’s released a number of singles

So far, she’s released three singles, with the first one dating back to 2017. She’s also collaborated with some of the better known rap artists in the business, including Dr. Woke and Lil Phag.

Almost as long as she’s been working as a rap artist and posting videos to YouTube, she’s also been a model. As far as she’s concerned, it isn’t something that she actually set her sights on, but it is something that gives her more exposure to accomplish her goals in the music industry. In reality, she sees being a model as more of a means to an end but for now she also says that she enjoys doing it a great deal.

9. She tried to host her own event and learned a very valuable and painful lesson

Just a little over one year ago, she had a bit of a falling-out with the organizers of a convention called VidCon because she wanted to be listed as part of the creative team and things didn’t go her way. As a result, she decided to host her own convention, called TanaCon. It was rather poorly planned and things didn’t go well at all. There was not enough room to hold the event at the venue she had selected, food and water was scarcely available and the heat was extreme. People were severely sunburned and some actually lost consciousness because they became overheated. The event was eventually canceled before it even got underway and she subsequently issued refunds to those who had paid for a ticket.

10. She’s on the cusp of entering a new phase in her career

In just a few days, a new series featuring Mongeau will premiere on MTV, Called Tana Turns 21. This is the first time that she will have the opportunity to star in something that airs on a television network. She also released her fourth single just a couple of months ago, so by all accounts, it seems that she is becoming the star that she has always wanted to be.