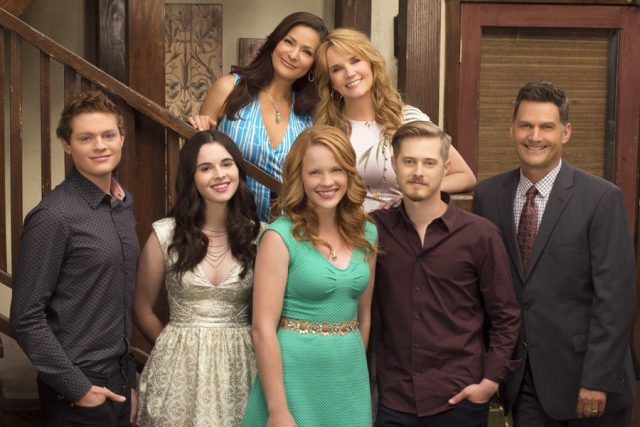 The original premise of Freeform’s compelling drama Switched at Birth was an immediate pull. Two young girls who were literally switched at birth, get to know each other, their real families, and the lives they would have had if not for the switch. Sprinkle in the added surprise that one of the girls is deaf, and there’s endless stories to tell which relate to social justice and social consciousness of the deaf and hard of hearing community. Yet Switched at Birth has gone above and beyond its promise to tell important stories. Not only has the drama shown the depth of issues about and within the construct of hearing loss, it has reached far beyond that to include important social issues rarely touched upon in television or anywhere else.

Switched at Birth has proven they are not afraid to shy away from difficult topics. Moreover, they haven’t been afraid to accept the reality that many of the social justice issues they’ve touched upon don’t get a happy resolution, or sometimes any resolution. Such is life, and for a fictional drama the story remained as emotionally close to the truth as possible. From the very beginning there was a clear dialogue about deafness and American Sign Language. How would parents who have never interacted with a deaf person before learn to accept and communicate with their own deaf daughter? The conversations over various therapies and Cochlear implants was approached from different perspectives. Daphne Vazquez spent her whole life without a cochlear implant and was happily immersed in a school for the deaf. The mother that raised her made the decision she believed was in her child’s best interest, while Daphne’s biological parents believed an implant would give their daughter the best shot at a normal life. It was a serious conversation which is almost always discussed when a parent finds out their child is deaf, and the show was true to every single possible perspective on the subject.

Then there was the campus rape storyline, which I recapped with equal parts fascination and shock here. Boy, oh boy, did I not see that one coming. Just because Bay Kennish wasn’t the teenager everyone worried about doesn’t mean that her journey didn’t have bumps. When one terrible night with her ex-boyfriend Tank took on a life of its own as a sexual assault charge, it changed the dynamic of every relationship on the show. The reverberations completely shattered the Bay/Emmett relationship and followed Bay for months. Tank was expelled and put on the National Sex Offender registry, which destroyed his life as he knew it. For months there was intense propaganda from both sides. Some blamed Tank, some blamed Bay, some blamed the school for taking the situation out of their hands. It was the myriad of conversation which came out of the story that was so brilliant. Most conversations about sexual assault only show the clear-cut, brutal rape of an innocent victim and that’s the end of the story. Yet most sexual assaults are much more complicated than that, especially for young adults in college.

We thought the rape story couldn’t be topped, until in Season 4 the show hit another set of characters with a whopper. Toby Kennish had his own struggles which were of equal importance with those of his sisters, but none more so than when he and girlfriend Lily found out they would be expecting a child with Down syndrome. The young parents had to come to a decision about whether or not to continue with the pregnancy, and their fear was almost a mirror of what the Kennish’s reactions would have been had Daphne been diagnosed while she was living with them. Once again, this is a story that hasn’t been extensively covered in a series without making it the sole premise of the show.

Yet every one of these topics is a layer underneath the icing that Switched at Birth is the first and only television series to regularly feature American Sign Language. Which means that Switched at Birth is also one of the few television shows in history that is bilingual. Subtitles may have been there to aid those of us who aren’t fluent in ASL, but you can’t be an avid viewer of this show and not pick up certain phrases. Not to mention the narrative was completely flipped in one very special episode where the hearing community which was made to feel the language barrier.

Season 5 will continue in this tradition with an all too relevant story on race relations. As seen in the preview, an idea at a college costume party puts Daphne and her boyfriend Mingo in direct conflict with the African-American community at their school. Neither Daphne nor Mingo are racist, but they get a lesson in offensive symbolism and how actions some might consider harmless could actually be construed as racist. Maybe some will consider it a soft conversation in light of everything else going on in the world, but don’t doubt that it is a real conversation going on. If there’s one thing this show has never shied away from, it’s the fear of having the tough talks no matter how many people try to sweep them under the rug.

The final season of Switched at Birth premieres tonight on Freeform.