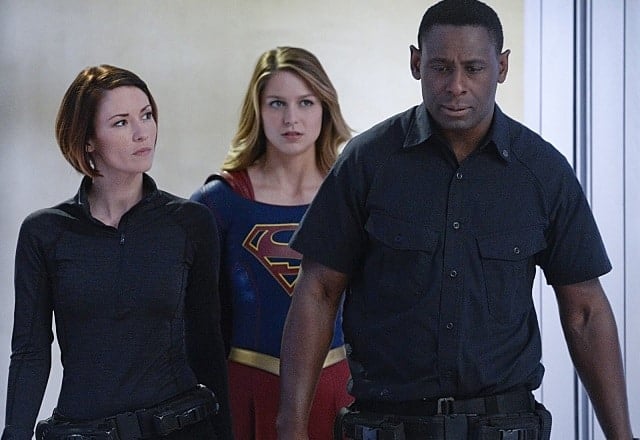 This week’s Supergirl gave Hank/J’onn J’onzz a.k.a. the Martian Manhunter his biggest episode yet as a White Martian invades National City, while Cat deals with the arrival of her son, Adam Foster.

“Strange Visitor From Another Planet” took the emotional beats to the next level after the heavy episode we got last week with Winn, because not only did J’onn have to deal with facing the species that killed his family and his people back on Mars, which brought back painful memories, but Cat also had an emotional arc as Adam returns into her life. While J’onn’s story was the most heartbreaking out of the two, this episode featured some of Calista Flockhart and David Harewood’s finest performances.  Both their respective arcs didn’t feel like it was being too much in just a single episode as they both flowed very well along with the threat that was the White Martian.

As the big comic book fan that I’m, seeing how visually stunning the White Martian (even though they looked absolutely terrifying!) and Green Martians were, was like having my comic books come to life. The flashbacks to Mars where we see the terror and pain that the White Martians caused J’onn’s people, wasn’t just one of Supergirl’s most powerful flashbacks, but also one of the better flashback sequences in the four Greg Berlanti DC TV shows. A part of me was hoping that they were going to drop a big DC bomb on us by introducing Miss Martian or at least hint to her throughout this episode. She would be a great addition to the series as not only a White Martian that turns good and shapes to look like a green one, which would give J’onn some company, but also serve as a great friendly hero for Kara. Either way, Harewood’s powerful and compelling performance broke my heart more than once and makes me appreciate him playing Martian Manhunter even more.

I found it completely hilarious that Kara had written to Adam as Cat, but also incredibly sweet because that’s something Kara would do and you get reminded once again how much she cherishes family sticking together and not pulling away from each other, despite whatever past that they may have. I will admit though that the Glee fan in me kept grinning like crazy whenever Blake Jenner and Melissa Benoist shared scenes together. However the way their characters bonded so quickly, flowed well because of their natural chemistry while at the same time, perhaps going a little too fast. But at least this puts a pause on the other romantic aspects in Kara’s life, with Winn and her taking time to heal their friendship while Jimmy is with Lucy. The one thing I hope for Adam though is that he serves more than just Kara’s love interest and Cat’s son that she is getting to know because I really like Jenner and the more he gets to do, the better. Although with Toyman locked in jail and Cat having a son named Adam in the comics that gets killed at one point by that villain, I wonder if they are going in that direction towards the end of season one.

The episode ended with a bizarre(-0) surprise as Kara and Alex are stunned by seeing a Supergirl on live TV which sets up the next episode titled “Bizarro” which will introduce Bizarro-Girl and apparently she is being played by Benoist after all which makes me thrilled for next week. Overall, this episode was excellent from start to finish as there was barely anything to complain about, except for maybe Cat’s extreme comments toward Kara like that she should just jump from a balcony if she wasn’t on time or couldn’t get her whatever drink she was asking for.

J’onn J’onzz faces a White Martian, the species that killed his people, as his backstory is told in this week’s powerful episode of Supergirl. 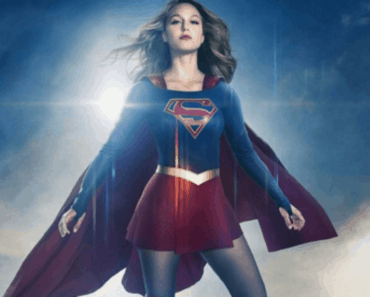 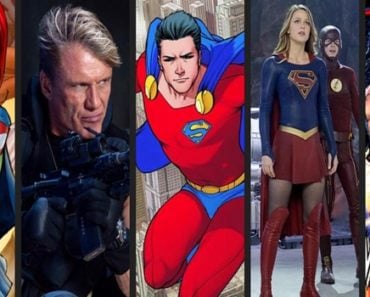 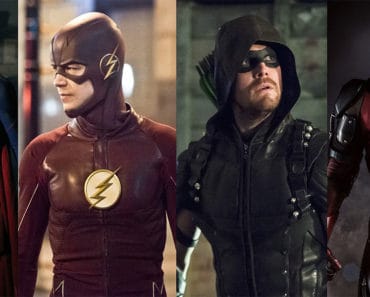 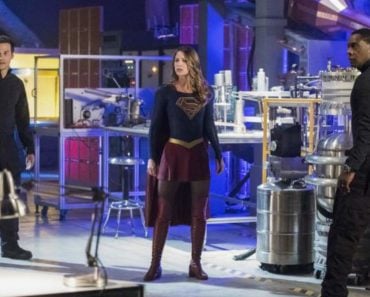