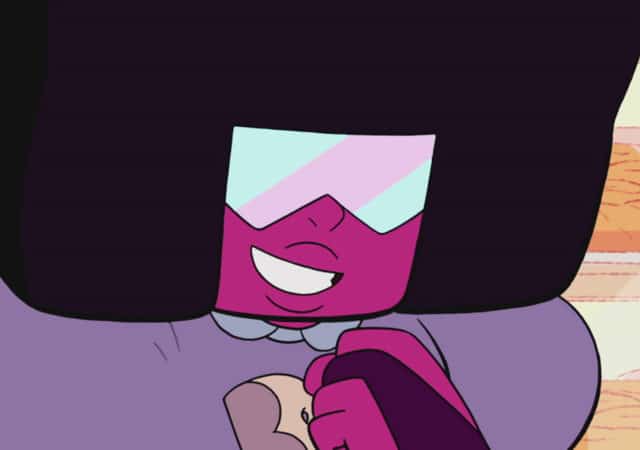 I think one of my favorite aspects of the world and lore of Steven Universe is that none of the Gems’ abilities are absolute, meaning they have weaknesses or drawbacks that make them seem less like unbreakable magical superheroes and more like strong, but vulnerable, multi-layered characters. Garnet’s future vision is perhaps the best example of this, she can see possible futures, but not the path that will happen, nor can she see the random futures.

Garnet’s future vision is also dependent on her perspective, which is what the episode “Pool Hopping” focused on. The episode starts with Garnet working at The Big Donut, not because she needs the cash, but because she is being random. Why exactly? Because she is interested in the unknown, in the pools of time that form free of the rivers that she can see with her future vision. Steven wants to help Garnet with her random adventures and the two run off.

What follows is a series of random, spur-of-the-moment choices that lead the two to a group of abandoned cats that are shivering in the rain. Upon finding the cats, Garnet doesn’t know what to do, admitting that she is, for the first time in her life, uncertain of what to do. Her future vision hasn’t worked quite right in a while, and she admits that the reason for pursuing randomness, the reason for the “pool hopping” was to find comfort and some form of certainty in the unknown. 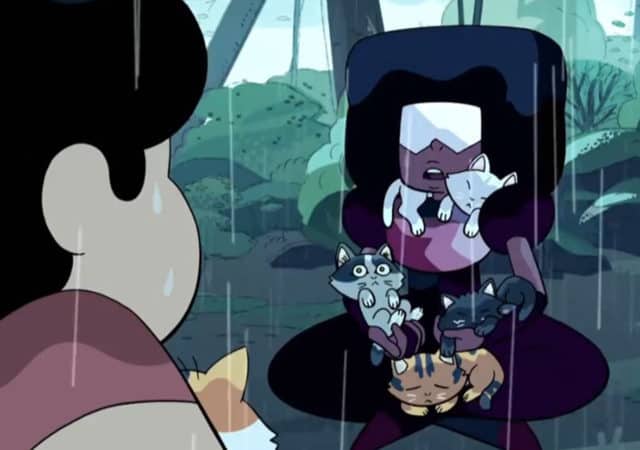 In this moment of vulnerability and uncertainty, Steven makes a decision and gets the cats out of the rain, and his following responsible actions make Garnet realize something, that the reason she cannot use her future vision when it comes to Steven is because she was still looking at him like a kid. Her future vision wasn’t giving her any possible futures of Steven acting like a kid because he doesn’t do that anymore, and her inability to recognize how much Steven had grown up was what stunted her clairvoyant powers.

This lesson was a powerful one. It proved once more that the Gems’ powers are not, well, all-powerful, in the sense that Garnet’s own perspective prevented her from using something that normally came natural to her, which brought forth the episode’s powerful theme, accepting change. Specifically, the episode ended up being about accepting the fact that people, for better or worse, can and will change. Even more specific, this episode portrayed Garnet as a mother who could not see that her child has grown up, and because her perspective of Steven was so locked in place, she could not see what was beyond that perspective.

Without assuming too much, this lesson seemed to be for the parents that watch Steven Universe with their kids, to show them that their kids are going to change as they grow up, and as long as it is for the better, there is nothing to be afraid of. Sure, it will be scary to think of them as anything but your kids, but even scarier is the idea of not knowing who the latest, newest, most grown version version your child is. Essentially, “Pool Hopping” was about missing out on the present from being stuck in the past, and how learning this lesson the hard way can be painful and frightening. A bold move by Steven Universe to throw a lesson at the parents, one that paid off, as it was both effective and relatable, even to those without kids.

Check back next week for another analysis of Steven Universe!