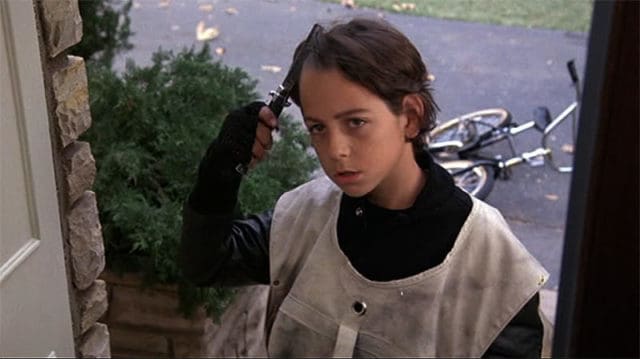 Better off Dead is far and away one of the most random and incredibly funny movies of the 80s.  It came to us from Savage Steve Holland who also directed One Crazy Summer and How I got Into College.  However I think most would agree that Better off Dead was his crowning achievement.   The movie starred John Cusack but I think all the highlights went to guys like Curtis Armstrong who played Charles DeMar and characters like Ricky Fitts and the Asian Guy who talked like Howard Cosell (who also played the villain in Karate Kid II).

It was just such a weird, bizarre movie that explored suicide in a way that actually made you cackle.  One of the funniest bits of the movie was the little paperboy who says “I want my two dollars.”  It’s a line that’s still used today and I just don’t know why it stuck, but I’m glad it did.