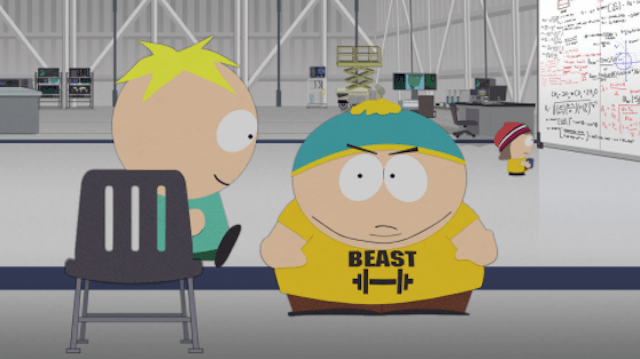 Being around for 20 seasons, South Park never fails to innovate, pivot, or do whatever is necessary to keep the show fresh and engaging. With their recent shift into some more serialized stories, it has brought a new element into the show and given it a stronger long-term strength that was not around before. South Park still delivers it’s weekly sub-stories and jokes, making sure to hone in the weekly episode’s themes on current events, but no matter what, Trey Parker and Matt Stone just continue to prove how smart and calculated they are with this show. “Not Funny,” begins to push towards season 20’s finale, and while there are still numerous plot lines for the show to tie up, it seems like the South Park creators have something grand in store.

Last night’s episode actually felt a little wild and all over the place, which is unusual for South Park; however, if anyone was able to create a master plan that led to one, all-show impacting ending, it would be Stone and Parker. One subtle thing that the show accomplished in “Not Funny,” was the idea that South Park has changed and it’s choice to attempt more coherent, season long stories has impacted the town’s residents. With the impending release of Troll Trace, everyone in South Park is losing their minds, and Kyle steps up to give one of his classic speeches. Yet, in this speech he talks about how the people in town used to immediately step up to the plate when they had a problem and just deal with it themselves, right away. Now, with the show focusing on much larger topics, a lot of South Park’s supporting characters have taken more of a backseat this season and tend to fall in with the whining crowd. It’s not a bad thing, it’s just different and the creators choose to have fun with the idea and incorporate it into their story rather than let the utilization of this change go to waste. Using a Kyle speech as the vehicle to display this is genius as well, and South Park just does a great job of having everything flow so well.

The commentary did not stop there though, and “Not Funny,” also seemed to be injected with Stone and Parker’s more direct feelings about Trump and some of the looming concerns they have with him becoming President. South Park never attacks anyone but they craftily voice their opinions through the show’s satirical nature. Last night seemed to hone in on the idea that Garrison’s short temper and need to chime in on anything anyone says about him could result in a huge disaster. With the power of the internet, Garrison will always see and hear the headlines about himself, his decisions and how people view him as a leader of the country. Yet, through the glorious reintroduction of Mr. Slave, viewers saw just how easy it was to get under Garrison’s skin and influence him into bombing another country to prove a point. It’s the idea that Garrison operates completely reactionary rather than keeping his cool and being more forward thinking. It’s a rather light criticism and concern for the show to point out, but is something they can naturally incorporate into the plot and have it make sense.

South Park is never afraid to take things too far though, and it has been a cornerstone of the show’s success. It can be dangerous to insert a political opinion into an entertainment piece, but as Stone and Parker have displayed with the troll story, it doesn’t matter how messed up the topic is, as long as they are funny. South Park has always operated as a television show known to troll with their content or at least push the limit of what is considered acceptable. The show has been constantly touching on politically correct culture throughout the past two seasons and now they seem to be saying that you won’t be able to get rid of us, no matter how much the country as a whole is beginning to consider certain topics untouchable because they are too sensitive. On top of this, “Not Funny,” also takes another dig on Trump by having his rise to power from a celebrity status by having the Danish Prime Minister reveal he actually isn’t even Danish and has trolled an entire country into electing him to lead them.

There are so many moving pieces to this season of South Park and it will be interesting to see if Stone and Parker can managed to tie everything up in such a short episode timespan. While the pair is great at what they do, the season 20 finale will be a good measure to see if they can nail these serialized seasons. With the outcry from fans to see the show move back towards it’s traditional, story of the week style, it wouldn’t be surprising to watch the show’s finale be a giant troll on the viewers. With their constant Rick Rolling, it’s hard to tell where the show will end up after next week. Maybe the answer is people need to realize that trolling will never stop and a show like South Park will never stop pushing the limits of what viewers think is funny. Regardless, the serialized seasons have been a lot of fun, but hopefully South Park can tie everything up and give fans the answers they want.

*Sheila is actually the funniest she’s ever been, and all they’ve done differently with her is put her in a position to freak out more.

*Ike is so funny. He definitely is one messed up kid, but that’s all Gerald’s fault now.

*Mr. Slave is back, so that’s pretty fun.

*Cartman’s brain seems to be struggling to process the idea that his girlfriend is actually smart.

*What if next week was an episode on Mars, start to finish, because Heidi solved the formula and as a result her Cartman and Butters are a part of the first travel to colonize Mars with Elon Musk and crew. Just to send the message, if you don’t like the way the show’s going, if you don’t like trolling, you’re going to have to leave the planet to get rid of it.