Home
Television
The Walking Dead
So, Is The Daryl and Carol Spinoff a No-Go? 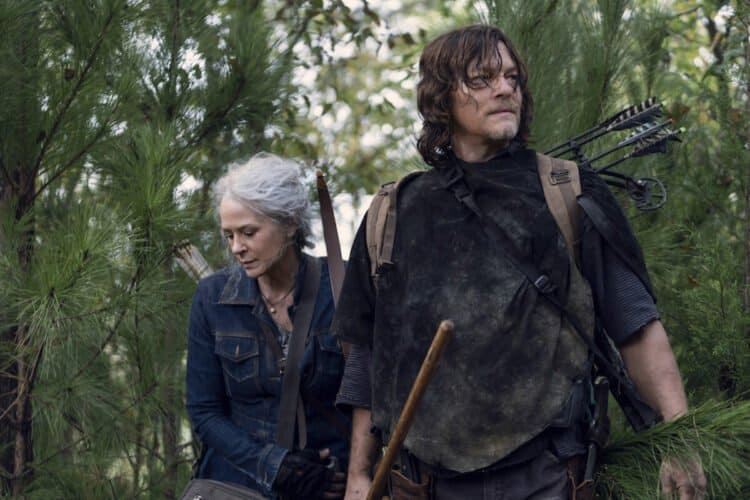 Sometimes the loss of a character could make a huge difference in whether a show keeps moving forward or if it gets nixed before it ever hits the screen. The Carol and Daryl spinoff that a lot of people have been hoping for isn’t bound to happen, but it does sound as though Daryl will still be there to take the story forward. It would appear that Melissa McBride needs a break from playing the part of Carol Peletier, which isn’t too tough to think about since she’s been filling the role for several years now and could likely take this time to decide if she wants to do something else. The hope of course is that she does come back eventually, but it doesn’t feel as though she’ll be coming back in a surprise move to say ‘just kidding’. A lot of people might like to see such a thing, but it does sound as though Melissa is fully ready for a break. She deserves one to be fair since she’s been one of the main characters for so long that it’s easy to admit she’s earned it.

The future of the show is still rolling forward as the expected shows are going to happen, and the world of The Walking Dead will be widening as the shows that have already laid the groundwork for a story that could last for a while longer and could go on to change a few times as the years continue to roll along. In fact, it’s bound to be a good thing to see things change since fans have been bemoaning the arrival of the same old thing a little too often, and it’s fair to think that widening the story and stretching out into new areas is only going to broaden the story in an agreeable manner.

Throughout the series, people didn’t really get a chance to see that many distant settings until Fear the Walking Dead came along, and being able to see how the zombie apocalypse affected other areas would be important since the world at large was undoubtedly affected by the plague. Seeing how other areas dealt with it has the potential to create new stories and perhaps even expand the story in new ways that haven’t been discovered yet. How long this show will be able to continue as it evolves and changes are unknown, but things are evolving in a way that has so far been widely accepted by a lot of fans. To see Daryl go off on his own is going to change things quite a bit since it might feel like things have come full circle given that Daryl started the series with his brother Merle, and was on his own for a bit since he didn’t know how to get along with anyone else. If he were to go back to that, he would lose touch once again. But there’s also the thought that this might be a little better since Daryl on his own is less likely to be bound by a lot of other things that have made the show a little boring at times.

Daryl’s show could be more action-packed and could get back to the idea of the undead dominating the world, which would be great since this is what helped the show to take off in the first place. But it does feel as though Daryl will be meeting a few people along the way since like it or not, he’s become more of a people person over the years. Whether that means that he’ll seek people out or if he’ll simply encounter them from time to time is hard to say, but without Carol, it feels as though he might slip back into his old ways and possibly become a slightly better character. The implications of what’s going to happen are great enough to be intriguing since trying to see Daryl on his own again kind of brings to mind the idea of how lonely the series would be. But The Walking Dead is still moving forward in one way or another, and it’s easy to think that Daryl’s become such a common sight that people are going to watch without judging the show too harshly.

The Walking Dead has been a mainstay on AMC for so long that trying to imagine what it might be like without the group together any longer is tough. But exploring the rest of the world is bound to be interesting after having seen what the plague has done in the south. Trying to determine how other people are going to band together and what they’ll have done, and what government might remain will be all kinds of chances to see what kind of messed-up situations people can get into.