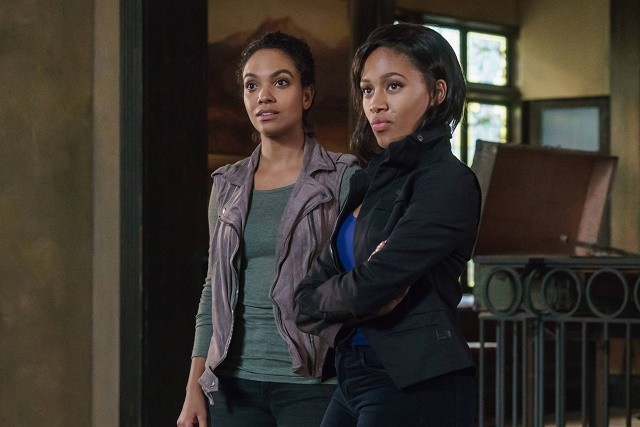 The story of The Tooth Fairy is not what it seems to be in this week’s episode of Sleepy Hollow. Our favorite demon-fighting team goes up against a Poltergeist-like creature, called an Abyzou, that preys on the souls of kids who are close to losing a tooth. The twist? It can only be seen by children.

I liked the scene where Jenny and Abbie were at Gregory’s house and used the sprinkler to reveal the Abyzou. I was a bit at a loss for words when I saw that there were two Abyzous present at Gregory’s house and that one of them managed to knock Abbie out cold. I’m guessing that the soul-sucking monster has the ability to make clones of itself, but it’s only fiction, not fact.

When Ichabod tried to talk to Saffron, whose sister Jessica is in the hospital after being attacked by the Abyzou, I literally face-palmed as he tried the “quarter behind your ear” trick on the girl. It’s the oldest magic trick in the book, and by now, every kid can see right through that and take the magic out of the magic trick. Still though, I have to give Ichabod an A for effort for trying to lighten Saffron’s mood after what happened to her sister.

I was intrigued to find out that Paul Revere, aside from being famous for his midnight ride, was a dentist/silversmith, which he used as a cover. He was also able to make a weapon from his dentistry tools to weaken the Abyzou with silver nitrate powder (I totally called the silver bullet thing! Even if said bullet was in powder form).

The part where Jenny took Ichabod to the elementary school where they tried to find out who the Abyzou’s next target made me face-palm. Ichabod ranted on and on about George Washington, telling the children that the man who ended up being the first President of the United States is not who he seems to be. I loved the semi-death glare that the teacher gave Ichabod, as if silently telling him to shut it, and that Jenny took out her phone to record Ichabod’s rant. I have a feeling that the younger Mills sister is going to put that on YouTube for all to see.

I also enjoyed the scene where Ichabod expressed his dislike for dentists given that, in the past, Paul Revere was his go-to dentist, and that the entire experience was, let’s just say, not a very good one. I feel sorry for dentists everywhere because people dread going to them for check-ups and procedures. The scene at the dentist’s office was incredibly amusing, as Ichabod marveled at the wonders of modern dentistry while still under the influence of anesthesia. When he saw the drawing of him riding an American bald eagle on his phone and said “I’m adorable,” I rolled my eyes again, but this time in humor rather than annoyance.

Speaking of the Mills sisters, Abbie finally told Jenny that she found their father. Jenny seemed to take it very well and absent-mindedly told Abbie that she had already found him five years ago. I felt the same way that Abbie did when Jenny told her about this, because the fact that their father has been found has been weighing on Abbie’s shoulders for quite some time; that she’s been feeling guilty for no reason as Jenny had already tracked down their father, is both shocking and hurtful. At least the two made up in the end after Abbie was transported to the hospital after being attacked by the Abyzou.

This week’s Sleepy Hollow ended like all the other episodes before it: the Abyzou was defeated by being stabbied in the heart with a fireplace poker. Ichabod tried to weaken it by using the dentist tools gun and the silver nitrate, but that didn’t last when the Abyzou knocked it out of his hand. There was one thing that confounded me: Joe Corbin made another appearance in this episode, first alerting the Mills sisters about the Abyzou attack and then helping to keep watch over Gregory’s house, but he disappeared when things got real. If the writers are trying to make him a permanent part of the demon-fighting team, they should have him help out with the fights and not run away. That is all. 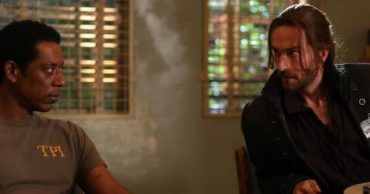 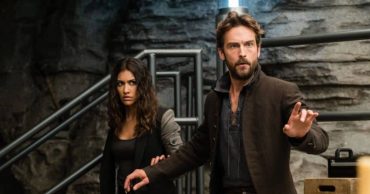 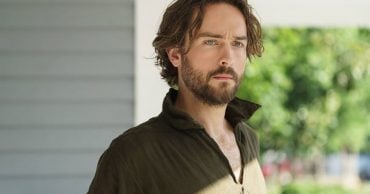 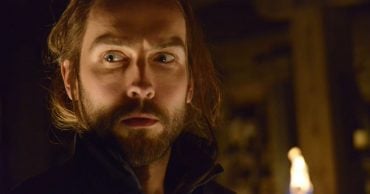 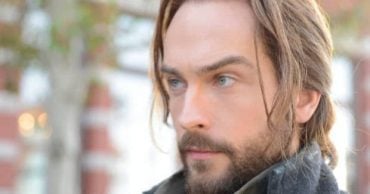